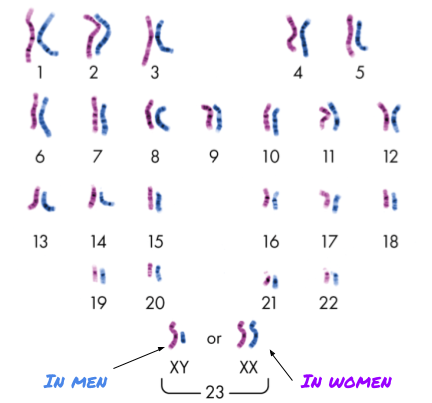 Each cell (apart from egg and sperm cells) contains 23 pairs of chromosomes in their nucleus (so there are 46 chromosomes all together). All of these chromosomes are different, with the 23rd pair being different in men and women. Men have one X and one Y chromosome, whereas women have two X chromosomes.

When making egg cells through meiosis (occurs in the ovaries of women), the X and X chromosomes are replicated and separated from their partner, just like all the other chromosomes. This means that all four egg cells contain one X chromosome. 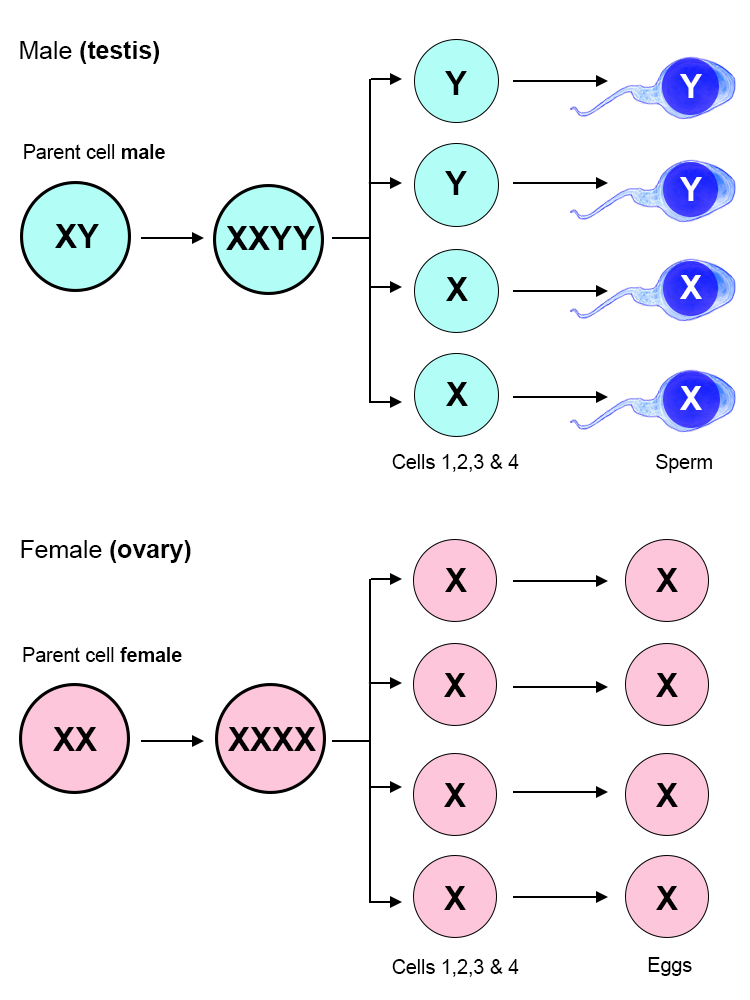 A gene is a section of DNA which defines something of your character. For example, one gene will define your hair colour, another will define the colour of your eyes. There is a large number of genes within each chromosome. 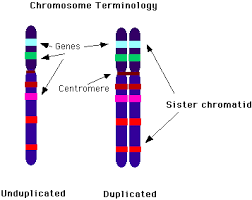 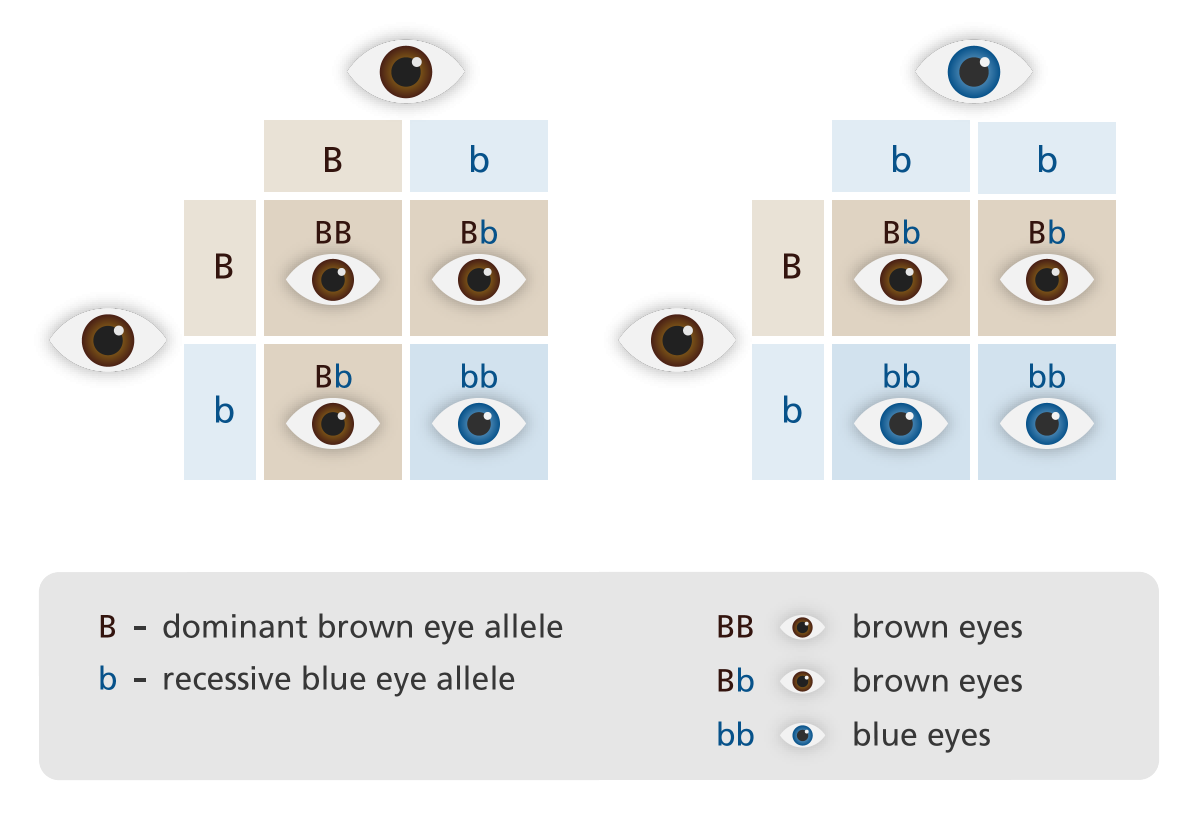 A genotype is the combination of alleles you have. I.e. BB is a genotype.

A phenotype is the characteristic that you show because of your genotype. I.e. Brown eyes.

Alleles/genotypes can be heterozygous or homozygous 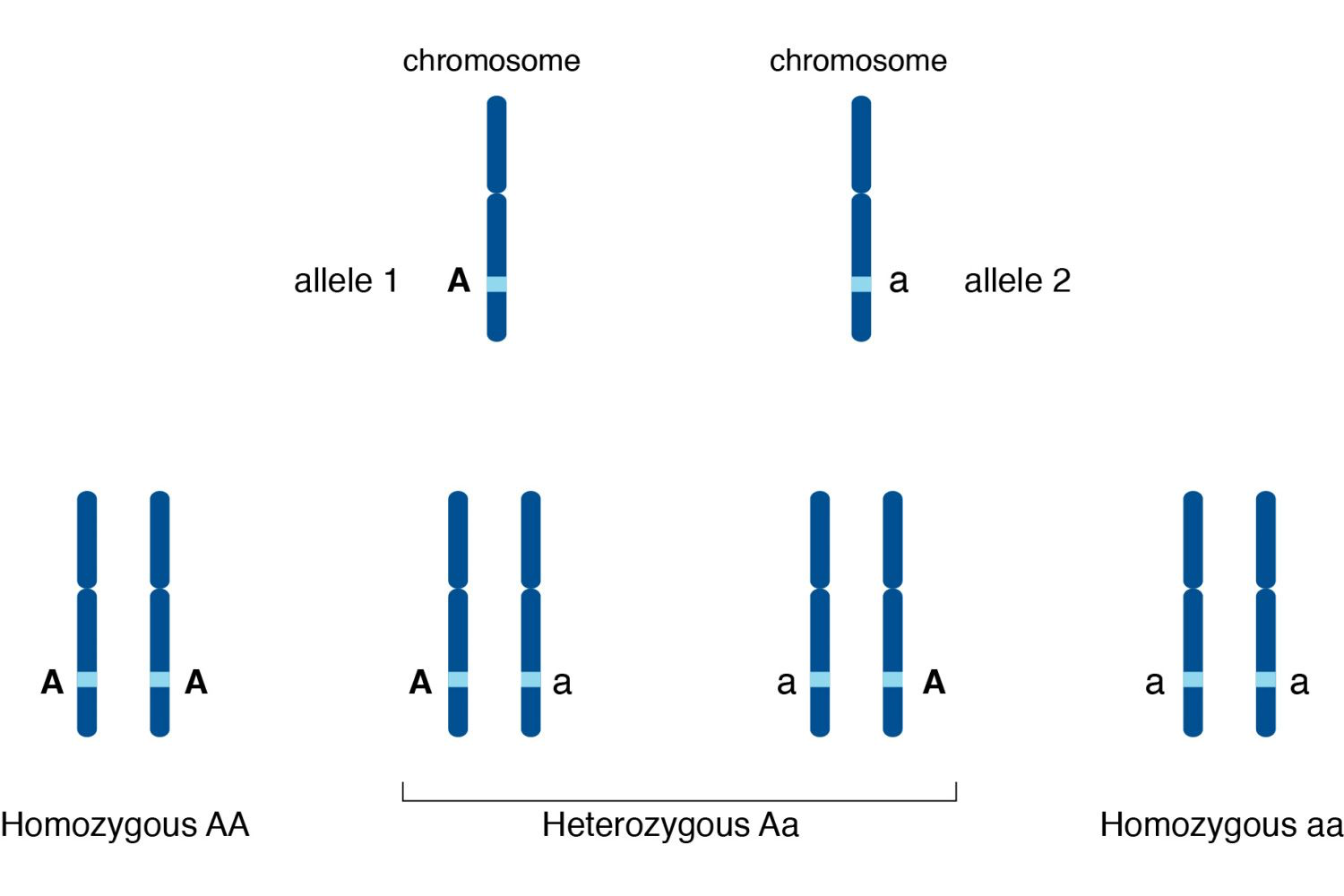 You can show the probability of certain characteristics to be inherited with genetic diagrams and punnett squares (if you know the genotype of the mother and father). 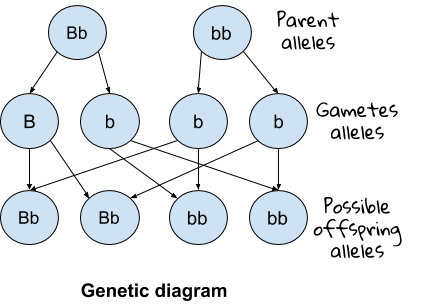 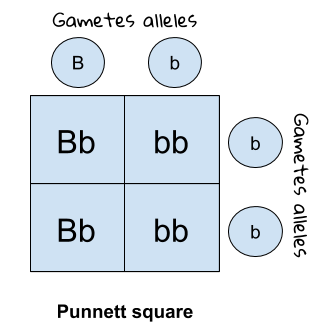 The gene that causes humans to have brown hair is dominant, whereas ginger hair is recessive. If a ginger haired woman had a baby with a brown haired man, calculate the probability of the child having ginger hair and use a genetic diagram to show your working. There are two answers to this.

Since ginger hair is recessive and the mother has ginger hair, we already know that both of her alleles are recessive ginger alleles. The father has brown hair, which means he has at least one dominant allele for brown hair (although he could have two).

First step is to draw out the two possible genetic diagram: 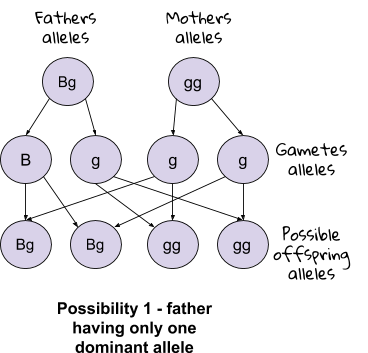 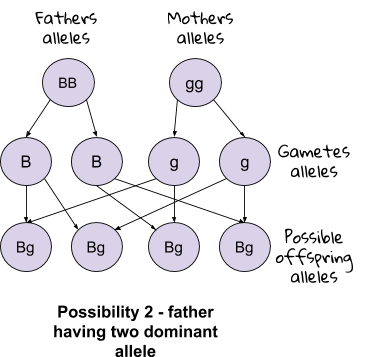 There are two genetic disorders that you will need to know about:

this is an inherited disorder of the cell membranes.

Thick sticky mucus is secreted in the air passages and pancreas of people with cystic fibrosis, this makes it difficult to breathe.

The allele for this is recessive.

this is an inherited disorder that causes children to be born with extra fingers or toes.

The disorder doesn’t affect anything else so is not life-threatening.

The allele for this is dominant. 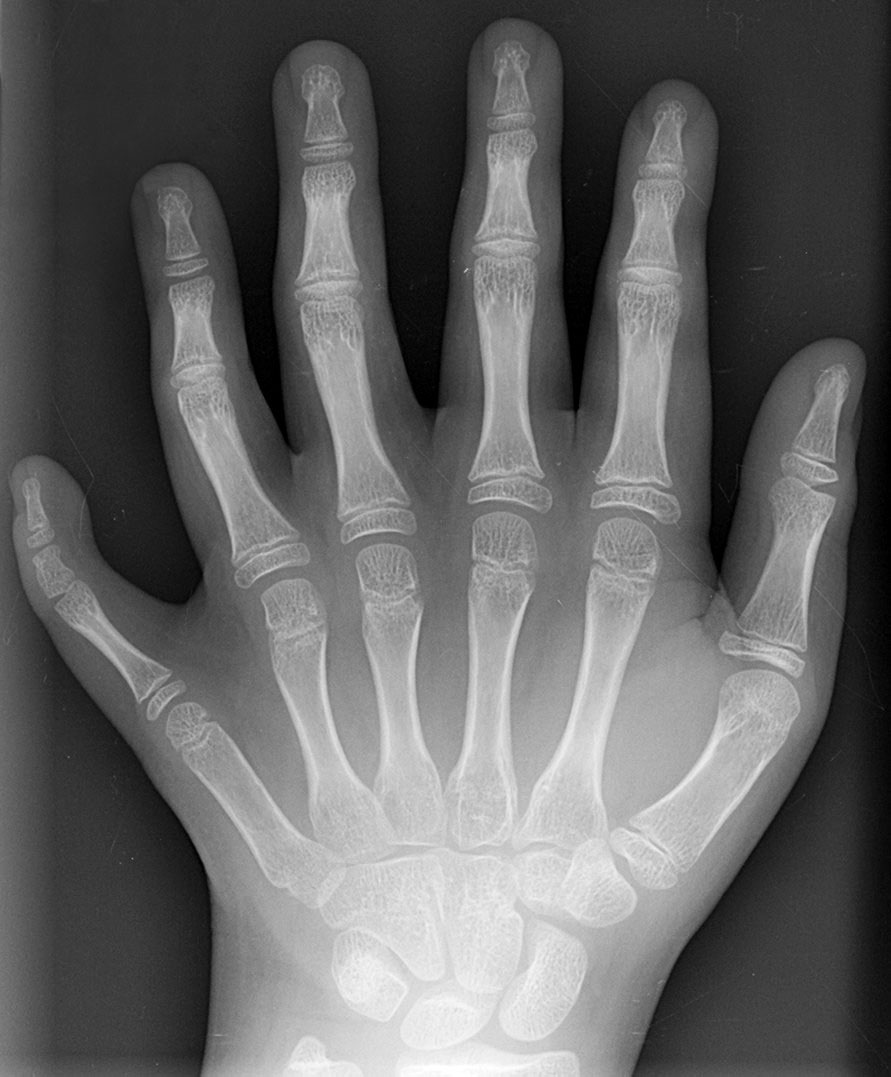 You will likely get a question about the likelihood of people being born with these disorders, given their parents genotypes. This is done just like in the last section.

There are lots of genetic disorders that can be passed down from parents to offspring, some worse than others.

Inherited disorders can be detected before the child is born. It can be done in two ways:

As you may have guessed, there is a lot of debate over whether Embryonic screening is a good or a bad thing. No matter your views, you’ll have to know the main arguments for and against embryonic screening.

Here are the top few:

Gregor Mendel was an Austrian Monk. His research kick started the way to modern genetics! Here is what he did…

Mendel had a section of land in the Monastery in which he would grow pea plants. He would often experiment on these pea plants. 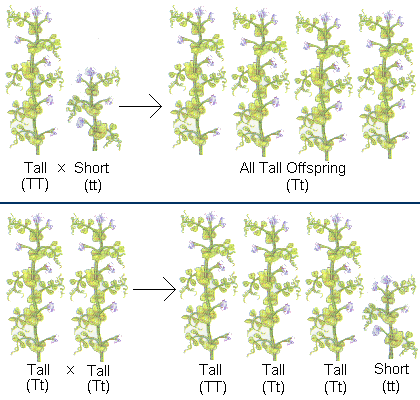 Mendell was the first to show that characteristics can be ‘hidden’. That meaning that an organism can carry the genes for a certain characteristic, without displaying the characteristic itself.

This is what was happening, in terms of genetic diagrams. 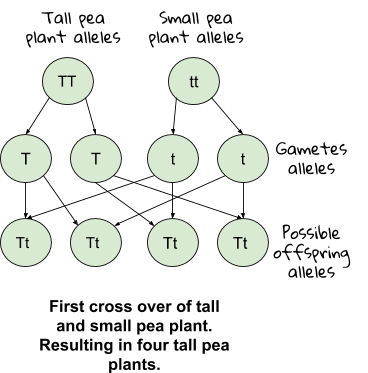 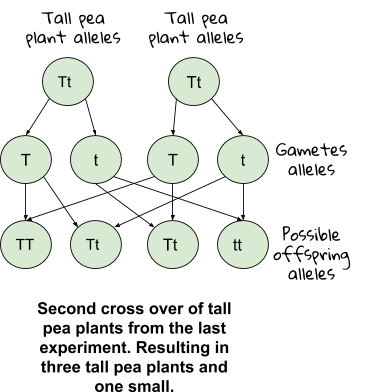