When a salt is dissolved in water there are additional ions present from the water that affect the movement of ions and also affect what chemicals that will form at the electrodes. 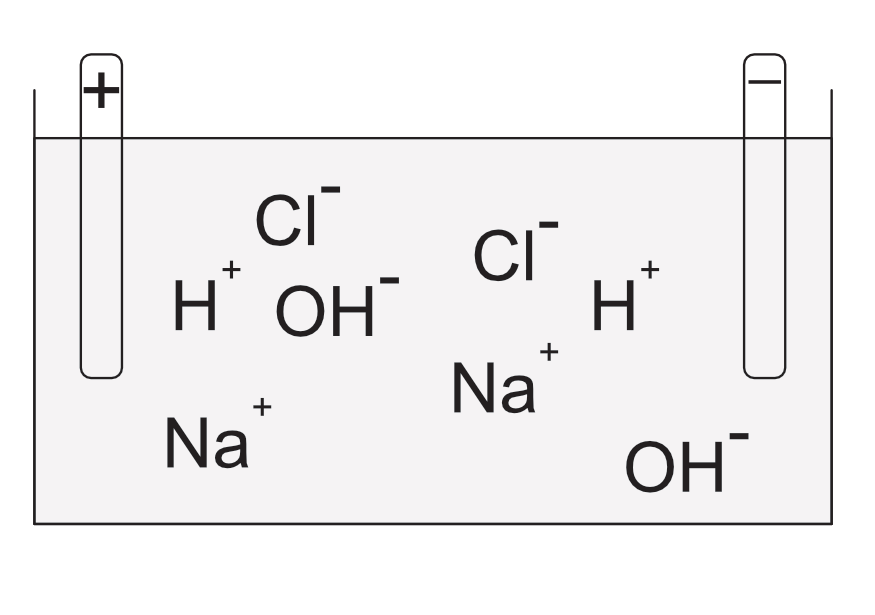 In this cell the electrolyte is an aqueous solution of sodium chloride. The sodium chloride dissociates into Na+and Cl- ions, the water dissociates into H+ and OH- ions. The negative ions (OH-and the Cl-) compete at the anode and the Cl- loses electrons to the anode. Chlorine gas is released from the anode. At the cathode the hydrogen ions and the sodium ions compete. The Hydrogen gains electrons and bubbles off as a gas.

The sodium and the hydroxide remain in solution forming sodium hydroxide, a commercially useful alkali. 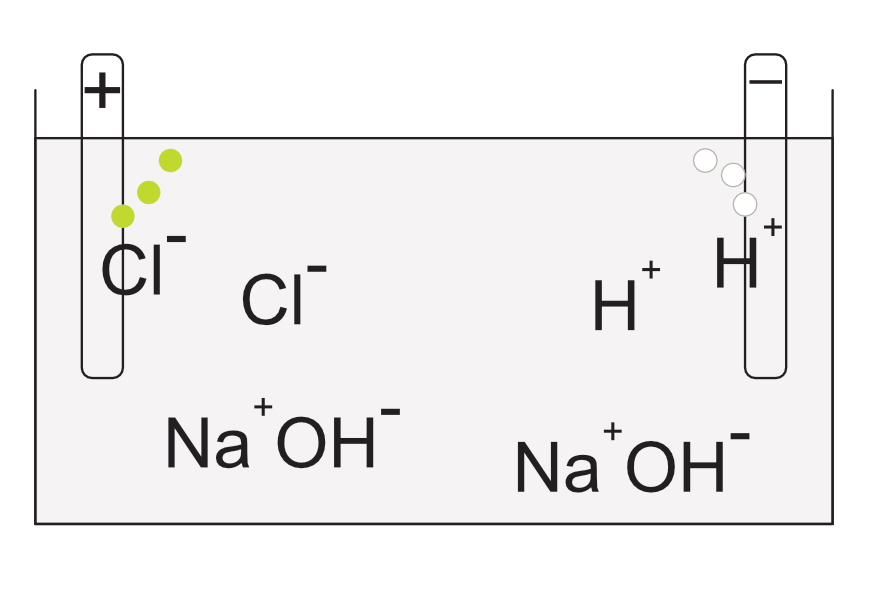 Using inert electrodes made of carbon.

Copper electrodes in a copper sulfate solution are an example of non-inert electrodes. In this situation the the anode and the cathode exchange electrons with the copper ions in solution but the other ions remain unaffected, no gases are produced in this situation.

The copper atoms in the anode lose electrons and move into the solution as copper ions. The anode is gradually eroded away.

The copper ions in the solution gain electrons and form a layer of copper on the cathode.

During the electrolysis of molten Lithium Fluoride which gas would be formed at the anode?
Fluorine

Electrolysis is the process of using an electrical current to separate the ions in either a solution or a molten ionic substance. 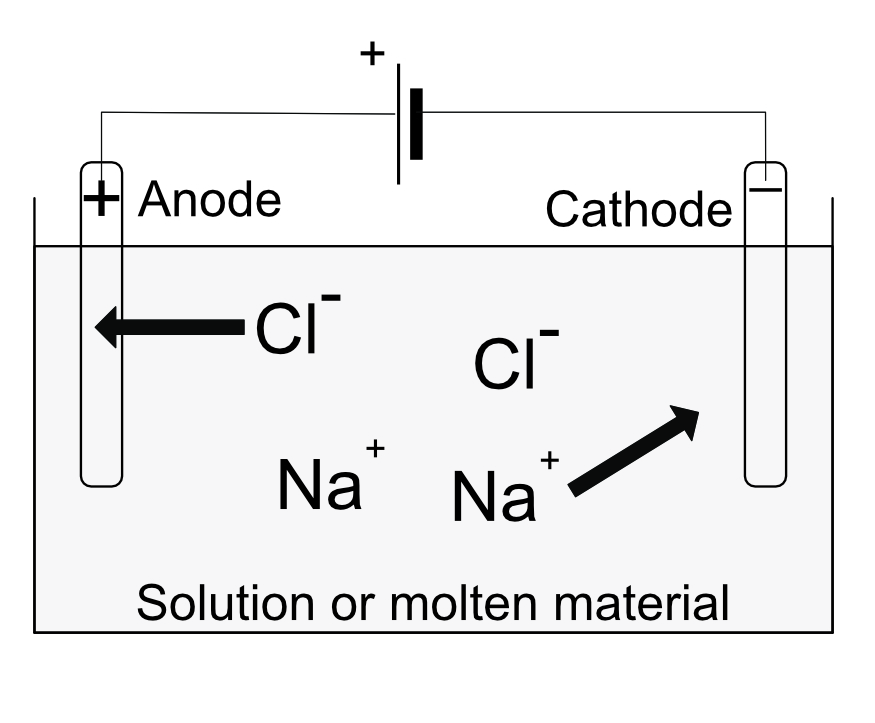 The electrical current passes through the solution or molten materials (known as the electrolyte), due to the movement of the electrically charged ions.

Due the polarity of the electrodes, metals and hydrogen gas will form at the cathode. This is because metal ions and hydrogen ions are positive and are attracted to the negative cathode.

Non-metal ions are negative in charge and are, therefore, attracted to the positive anode of the cell.

In the diagram above the cell’s electrolyte is molten sodium chloride, as it only contains Na+ ions and Cl-ions these are separated by the electrical current so that sodium forms on the cathode and chlorine gas bubble off at the anode.

When an ion comes into contact with an electrode it either gains or loses electrons and turns back into an atom. Sodium ions can remain in molten form, but sodium atoms cannot so they form a layer of solid sodium metal on the anode.