Atoms are the smallest unit of chemistry that have the properties of an individual element. Atoms are made of three smaller, sub-atomic, particles.

The standard physical model of an atom is based on the work of Niels Bohr, a Danish scientist. 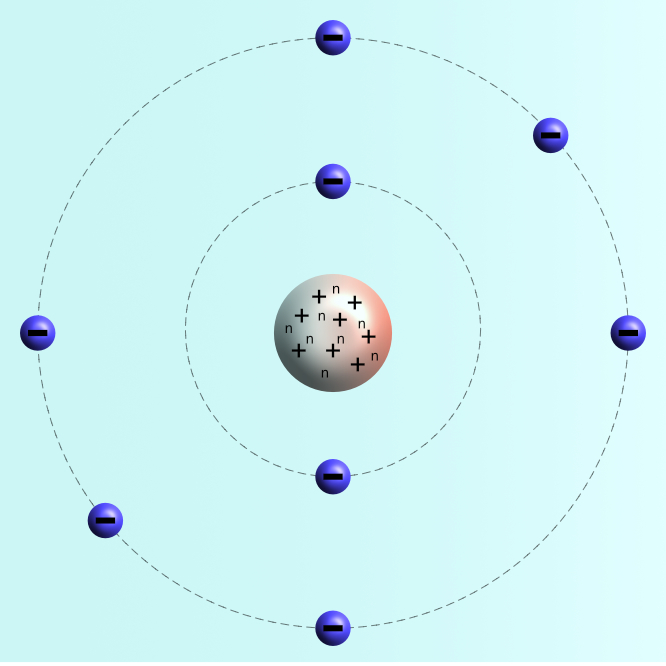 8 neutrons (n) and 8 protons (+) are found in the centre of the atom called the nucleus. This contains all the mass of the atom and is positively charged.

The 8 positive protons in the nucleus are balanced by 8 negative electrons orbiting the nucleus.

Electrons are found in orbits around the nucleus, each orbit can hold a maximum number of electrons before it is full.

Note: For the GCSE examination only the number of electrons in the first three orbits are required.

The nucleus is very small compared to the total radius of the whole atom, but it contains almost all the mass of the atom. Atoms are very small, an oxygen atom, for example, is only 6 x 10-11 m across. Most simple compounds are no larger than 10-10 m in diameter.

Number of electrons = number of protons.

Development of the Model

The idea of an atom as the basic unit of matter was first suggested by Democritus in ancient Greece around 400 BC. He suggested that the atom was the smallest unit of matter and could not be divided into anything simpler. (Atom comes from the Greek word Atomos - not to divide).

This idea remained as the basic model of matter until 1803 when John Dalton adapted the idea and suggested that elements were atoms of different sizes. He still considered them as solid objects that could not be divided.

In 1897, JJ Thomson discovered the electron and realised that they came from within the atom. As he knew that all atoms are electrically neutral and the electron was negative he suggested that the atom must be a “lump” of positive material with the negative electrons embedded in it. 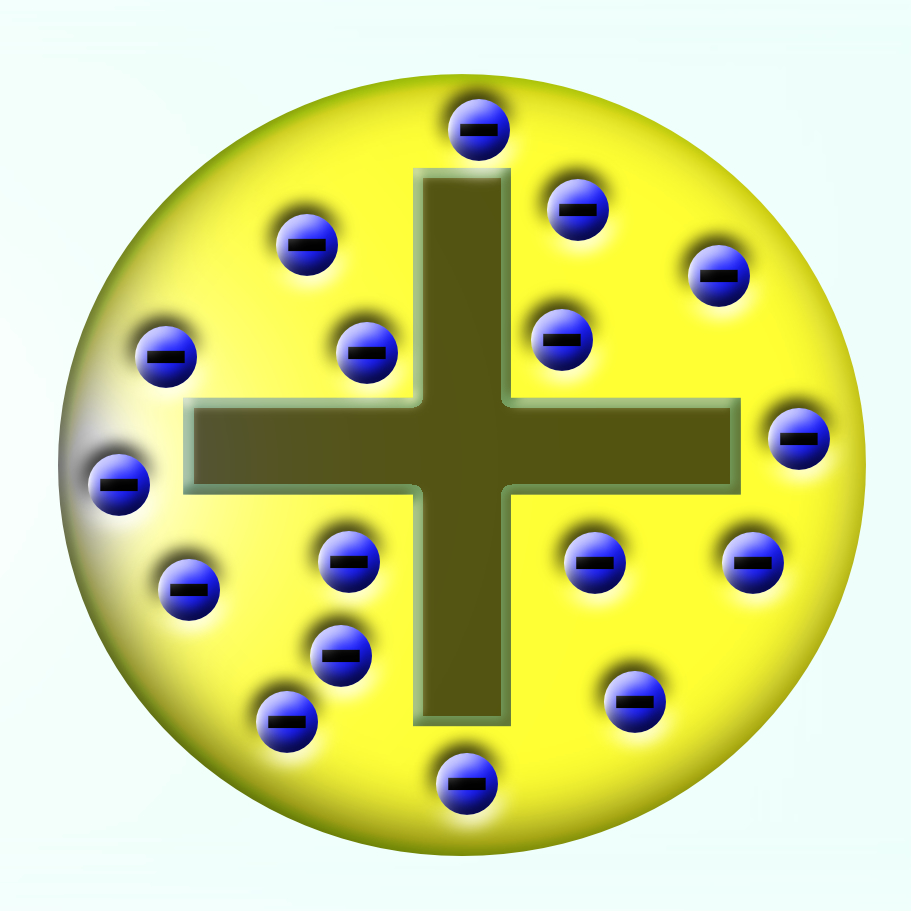 JJ Thomson’s 1904 model of the atom became known as the plum pudding model.

A year later in 1905, Ernest Rutherford, working with two of his students Marsden and Geiger, tested this model by firing positively charged alpha radiation particles at a thin leaf of gold to see how they reacted. They noticed that some were deflected by large angles, suggesting that the positive part of the atom was concentrated in the middle. 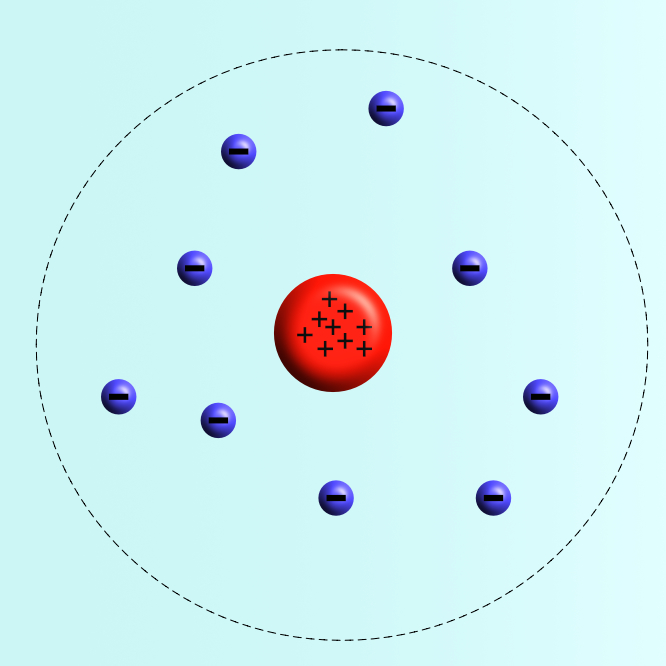 Rutherford’s 1905 model placed the protons in the middle with a cloud of electrons around the outside. He also realized that the nucleus was very small compared to the overall size of the atoms.

In 1913, Niels Bohr adapted this model and placed the electrons in orbits around the nucleus. He studied the way atoms behaved when they absorb and emit electromagnetic radiation to support his theory. This is still the model used today, with the addition of the neutrons in the nucleus.

Atoms with the same number of protons, (same element), but with a different number of neutrons are called isotopes of an element, (different atomic masses). 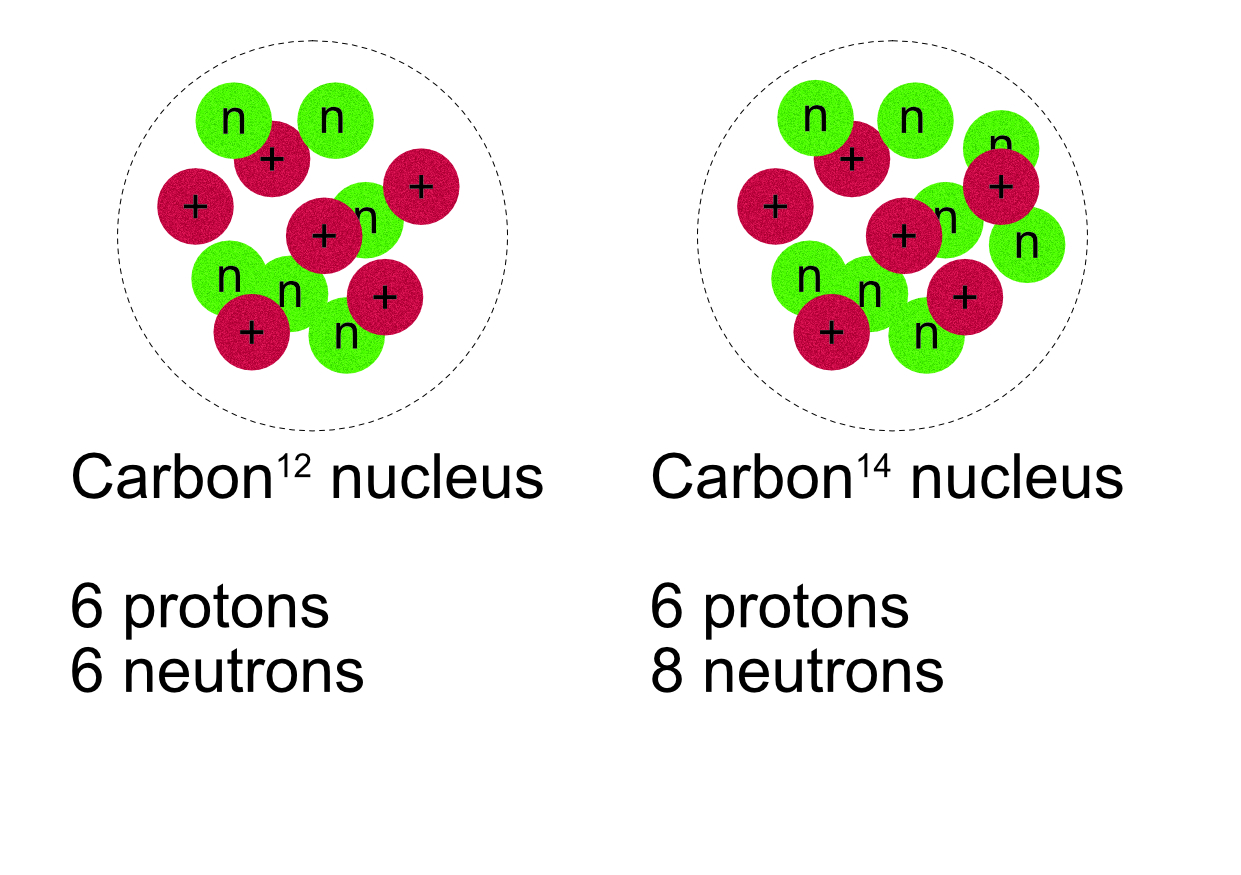