The halogens make up group 7 of the periodic table, they are all non-metals.

The melting points and boiling points increases moving down the group. This is due to the increase in the mass and size of the atoms and the increasing intermolecular forces between the halogen molecules.

They all have strong antiseptic properties, chlorine is used to sterilize drinking water and water in swimming pools, iodine is used in medicine for killing bacteria on cuts etc.

The term halogen means “salt making”, all members of this group form salts when reacting with metal elements. Sodium chloride, NaCl, is probably the best known of all the salts.

Halogens react with hydrogen to form halides, these form acidic solution when dissolved in water.

This pattern continues for the rest of the group.

The halogens form group 7 of the periodic table, this means that they all have 7 electrons in their outer orbit. This controls the nature of their chemical reactions, for example they all form ionic bond with group 1 in which an electron from the metal is taken into their outer orbit to form a negative ions with a charge of -1. 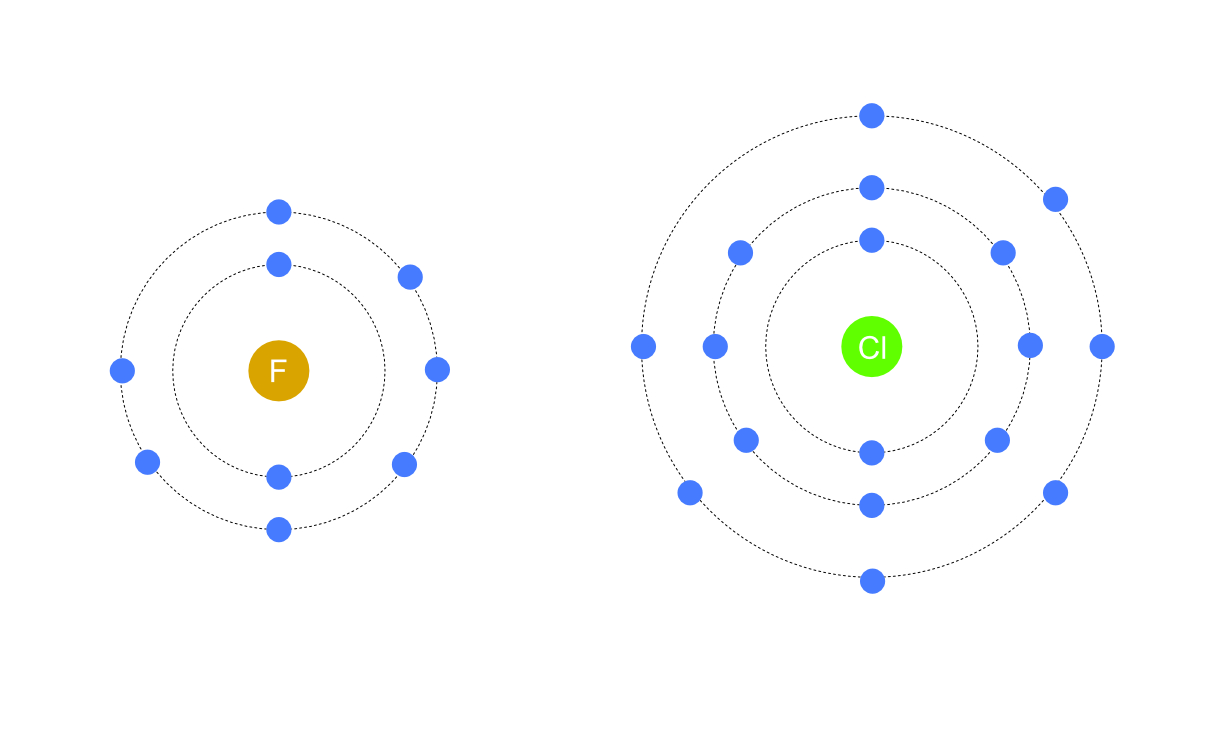