The three states of matter are solid, liquid and gas, these can be explained by looking at the arrangement and movement of the particles of the material. For modelling the states of matter, and for understanding some properties of materials, such as density, pressure and the gas laws, the atom or molecules of a substance can be thought of as solid spheres.

In solids the particles are arranged in a regular pattern with bonds between the particles, this regular arrangement can form geometric shapes called a lattice. An example of a simple cube-shaped lattice is shown in the diagram below. 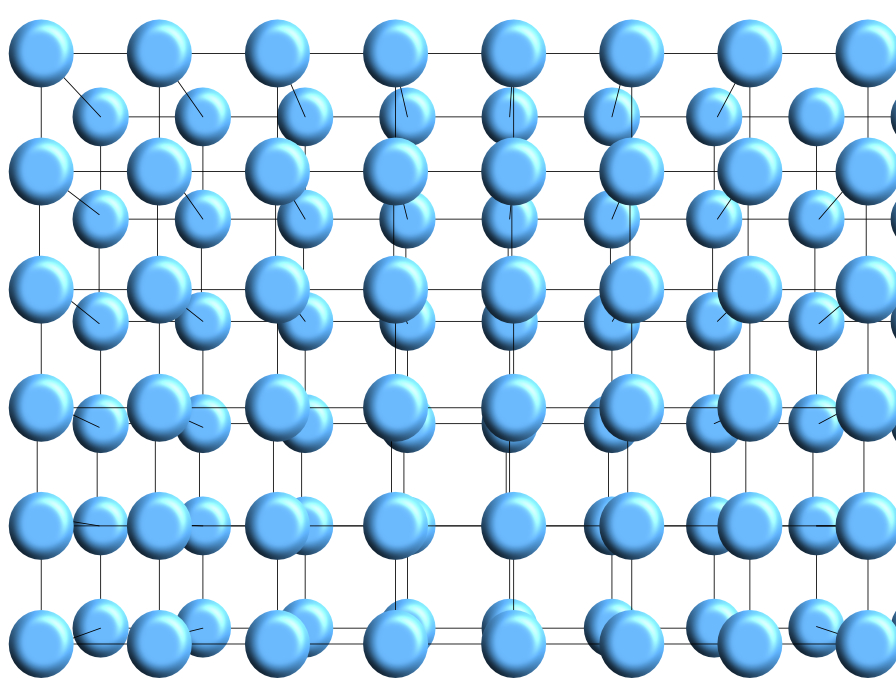 Within this lattice, the particles are bonded together and vibrate. The amount of vibration depends on the temperature of the material.

Within a liquid the structure has started to break up, the particles no longer form a regular shape. They are now moving about more freely. The direction of movement of the particles is random. There are still many bonds between particles, but now they are bonded into smaller independently moving groups.

The particles in a gas have more kinetic energy and the bonds between particles have been broken, although in many gases the particles may represent a molecule of two atoms bonded together, like oxygen (O2).

The speed of the particles is much greater and they are moving in random directions.

The changes in state from solid to liquids and then to gasses is caused by an increase in the kinetic energy of the particles. As heat energy is absorbed by a material the particles move faster until enough energy has been absorbed to change state.

The heat energy absorbed results in an increase in the stored energy within the substance, the heat is converted to kinetic energy (temperature) of the particles. 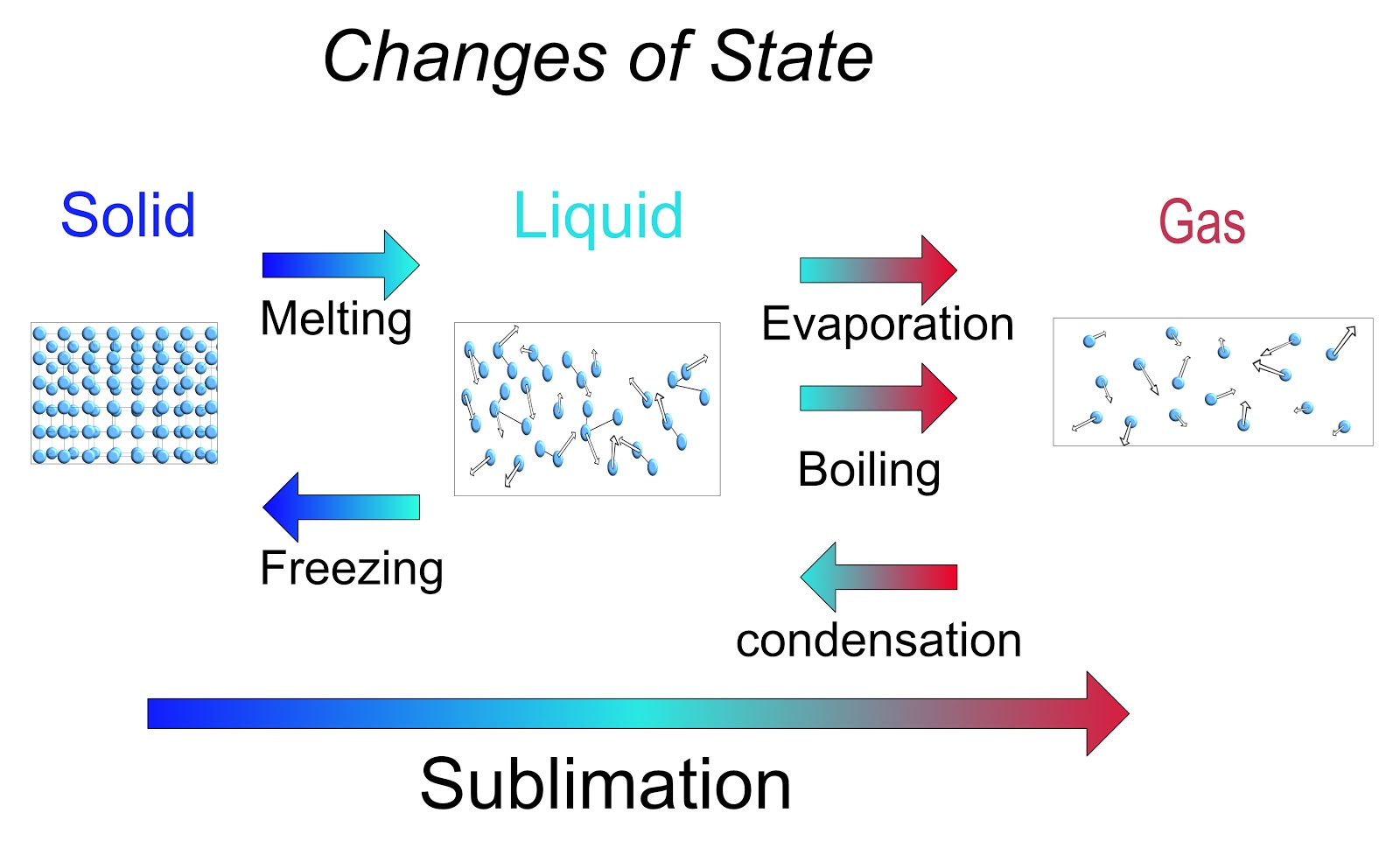 Increase in Kinetic Energy of the Particles (Increases in stored energy)

Decrease in Kinetic Energy of the Particles (Decreases in stored energy)

Unlike chemical changes, all these physical changes are reversible, with no loss in properties. Ice becomes water as it melts, but once re-frozen the ice has the same properties it did before melting.

There is no loss of mass __when a __substance changes state. The Mass is Conserved. 1 Kg of ice melted, will produce 1 Kg of water. Although the particles of the material spread out as they heat up and change state, no material is lost. This is why the density decreases as the substance changes from solid to liquid to gas, the same mass takes up an increasingly large volume.