Image walking around blindfolded in the school hall with only 2 other people in there, the chances of bumping into one of them is very small. However, if there were 200 people in the hall it would be almost impossible not to keep bumping into people.

This analogy is the same for particles in a reaction, they more closely packed the particles the more collisions and, therefore, the higher the rate of the reaction. 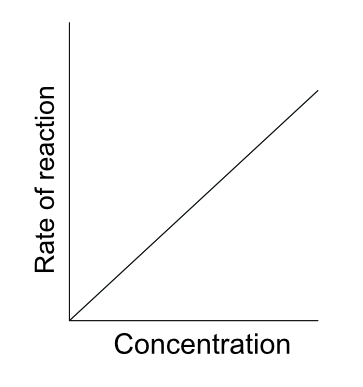 When a gas or a liquid are put under pressure it forces the particles of the fluid closer together. This reduces the space between each particle and increases the probability of a collision. An increase in pressure will result in an increase in the rate of the reaction. The pressure in a fluid can either be increased by adding more fluid to the same container or by reducing the volume of the container, both of these will cause the rate of the reaction to increase.

Higher pressures result in an increase in the rate of a reaction.

Note: Fluid is a collective noun that refers to both liquids and gases, it is often incorrectly used to mean just liquids.

Increasing the pressure of a fluid will increase the rate of reaction providing at least one of the reactants is a fluid. 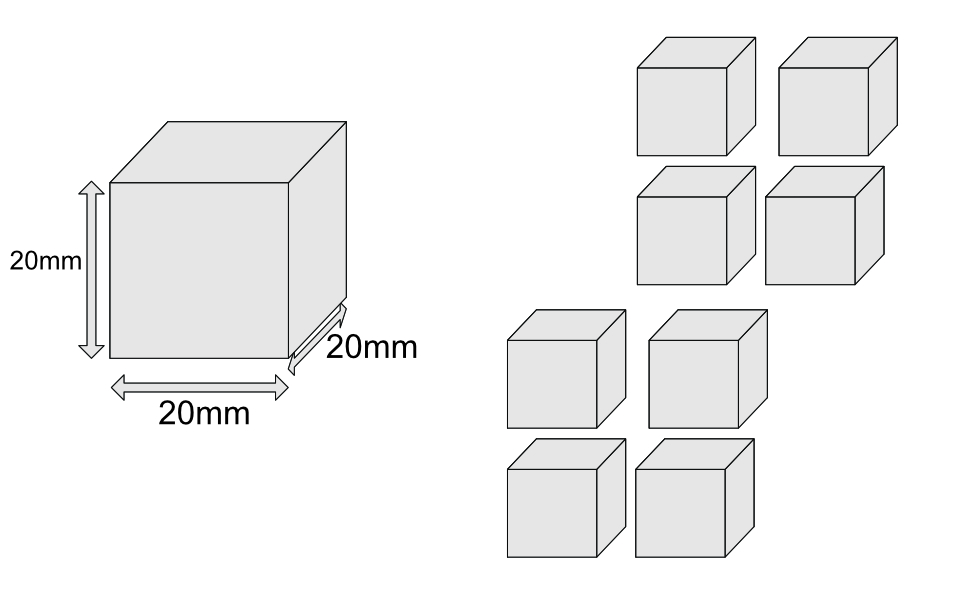 A catalyst is a chemical added to a reaction that increases the rate of the reaction but does not take part in the reaction. The catalyst chemical is unchanged by the reaction and can be reused. Modern cars, for example, have a catalytic converter as part of the exhaust system to help convert unwanted polluting gases into less harmful gases before entering the atmosphere. The catalyst in this process is a thin layer of platinum metal. The converter unit never needs replacing unless it is physically damaged because the platinum is not changed by the reactions it helps to speed up.

Catalysts generally work in one of two ways. Firstly they can provide a physical place for the reactants to collide, this increases the probability of the collision and so the reactants collide more frequently resulting in an increase in the rate of the reaction. Secondly, they can act to lower the activation energy level needed to allow the reaction to take place. These type of catalyst do not change the frequency of collision but allow more of the collisions to successfully result in a reaction.

Enzymes are biological catalysts made from specially shaped proteins. These bring reactants together and increase the rate of reactions. See the biological section of this course for more details on the actions of enzymes.

For a reaction to occur the particles must collide with enough energy to cause the reaction to happen. A reaction will not happen if the energy of the collision is too low. The rate of reaction depends on how frequently particles collide. This is affected by a number of physical factors including the temperature of the reactants.

The_rate of a reaction_ is not the same as the time taken for a reaction to happen. Rate means how quickly something happens. A high rate means that the reaction takes a short time.

Mathematically the rate is the inverse of the time taken: rate =

The higher the rate the less time it takes to happen. 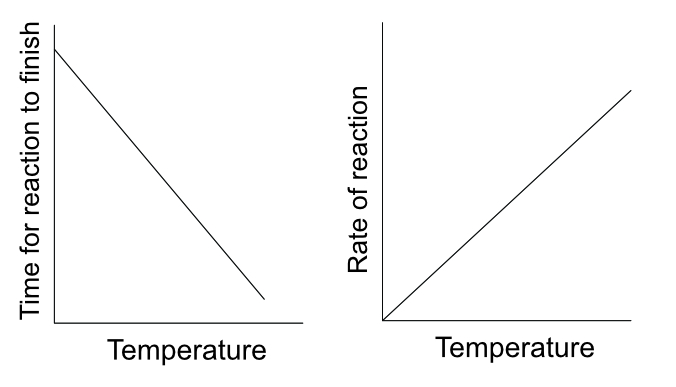 The temperature of a substance is a measure of how fast the particles are moving. Faster moving particles have a higher probability of colliding and when they do collide there do so with more force. Therefore, as the temperature increases there are more collisions and so the rate of the reaction increases with temperature.