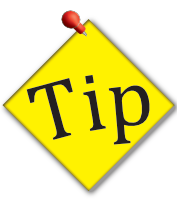 ﻿Higher level questions and answer will focus on the transfer of electrons during redox reactions rather than oxygen. However, you will be expected to explain them in terms of both oxygen and electron transfers.

Oxidation: The gaining of oxygen by a chemical during a reaction.

Reduction: The loss of oxygen by a chemical during a reaction.

Fe2O3 is converted to Fe - the oxygen has been lost from this molecule and so it has been reduced to Fe (iron).

C is converted to CO2 - the carbon has gained oxygen in the reaction and so has been oxidized.

The Fe in the Fe2O3 is an ion of Fe with 3 less electrons Fe3+, during the reaction these electrons are replaced (gaining electrons), so it converts back to a neutral Fe atom.

The C begins as a neutral carbon atom, in the reaction it merges its outer electrons with the oxygen atoms and in effect loses them.

(Note:it is not forming an ion as it forms a covalent bond with the two oxygen atoms).

The magnesium atom has been oxidised to a magnesium ion by the loss of electrons, (__OIL__rig).

The copper ion has been reduced to a copper atom by gaining electrons, (oil__RIG__).

An oxidising agent is a chemical that adds oxygen or removes electrons from another chemical.

In the above example the copper is the oxidising agent as it has removed the electrons from the magnesium.

A reducing agent is a chemical that removes oxygen or adds electrons to another chemical.

In the above example the magnesium is the reducing agent as it adds electrons to the cooper to reduce it.

Acids and alkalis are often thought of as being “opposites”, normally due to the fact that they appear at opposite ends of the pH scale and when combined produce a neutral solution. However, they are two separate groups of chemicals that produce different ions when dissolved in water.

Alkanes are produced when a bases (solids) dissolves to release hydroxide ions (OH-).

The greater the concentration of OH- ions the stronger the alkaline solution.

Sodium hydroxide (NaOH) dissolves to produce an Na+ ion and an OH- ion.

Magnesium hydroxide (Mg(OH)2) will dissociate in water to give Mg2+ ion and two OH- ions.

The pH scale is used to measure if a substance is acid, neutral or alkaline on a scale of 1 to 14.

There are several ways to test a substance to find its pH.

A neutralisation reaction is one in which a low pH chemical (acids) reacts with a high pH chemical (alkalis or bases) to form a neutral solution.

The hydrogen ions from the HCl combine with the hydroxide ions of the NaOH to form water and are thus neutralised.

The general formula for this type for neutralisation reaction is:

There are other types of neutralisation reactions that have general formula.

Alkalis containing the carbonate group (CO3) react as follows with an acid;

Metals can also react with acids to form a neutral solution.

Note: A salt is a ionic compound that contains a metal ion bonded to a salt group:

There are many other alt groups, the four above are the most commonly used examples in a GCSE examination.