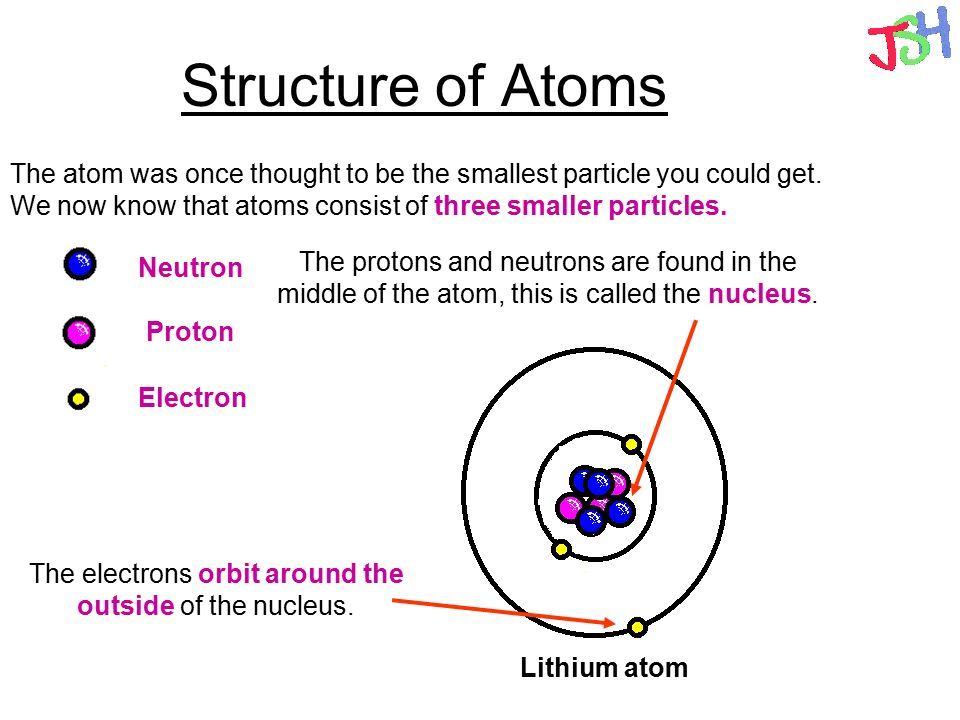 Electrons have a negative charge (-1) and these are found around the nucleus of the atom in different energy shells.

The Size of an Atom

Atoms are mostly made up of empty space. The radius of a nucleus is around 10,000 times smaller than the radius of an atom.

The more energy electrons have, the further they are from the nucleus.

If an electron gains energy by absorbing electromagnetic radiation then they move further away from the nucleus.

They can also emit electromagnetic radiation (in the form of light waves) and as a result they move back closer to the nucleus.