You must be able to draw a particle diagram (2D) of a solid, liquid and gas 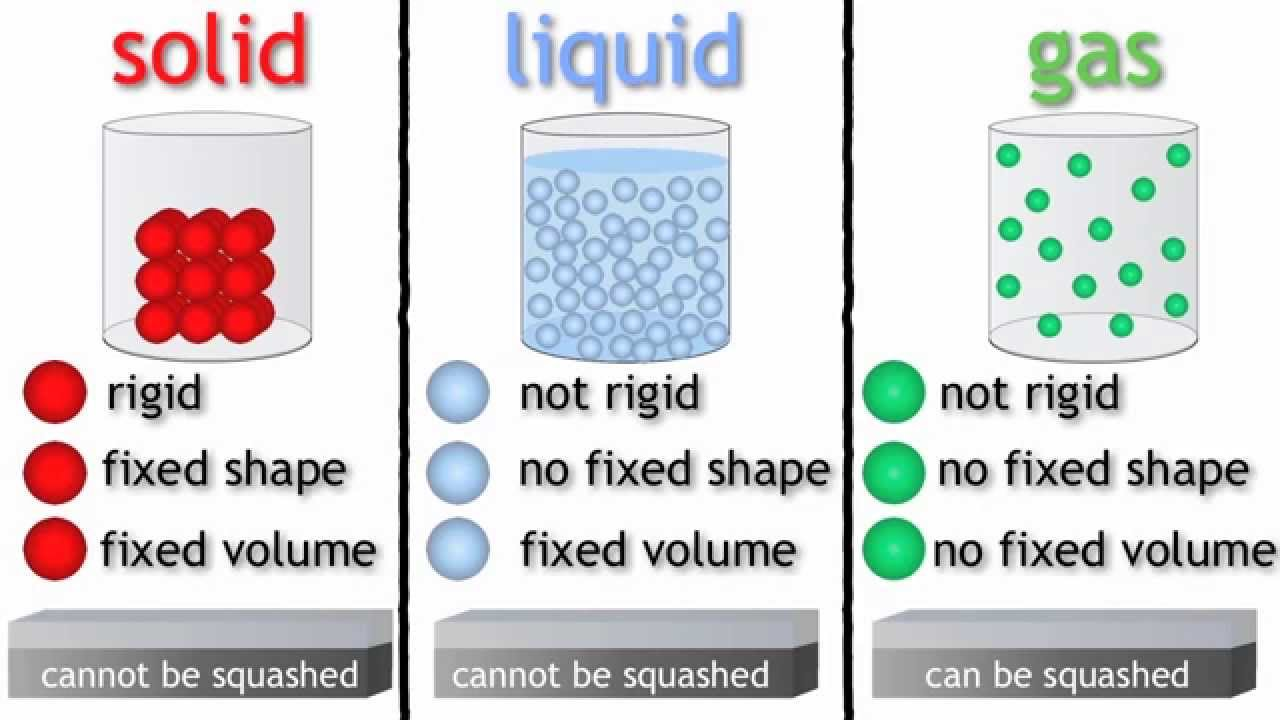 Rules for drawing (to maximise marks)

Out of the three; solids are the most dense with gases being the least (liquids are in-between).

The heating/cooling curve shows how a substances changes state as temperature changes with time.

Interestingly, the majority of this topic is contained within this graph. 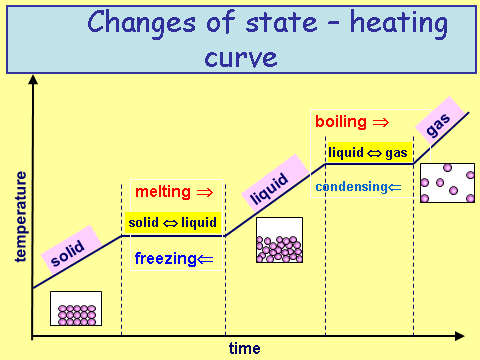 Notice when a substance changes state (i.e. melting, freezing etc) the temperature does not change. The reason for this is because the energy going into (or out of) the system is being used to break (or make) bonds between the molecules. Whilst this happens the temperature remains constant.

At this point it is important to give a new description to the term ‘temperature’, which is ‘a measure of how much the molecules are vibrating.’ The more they vibrate, the higher the temperature. In an exam you would not be asked for this description, but it does help you to imagine what is happening to the particles whilst they are changing state.

Density is a measure of how much mass is compacted into a given volume. The equation is one that you need to be able to recall and apply. 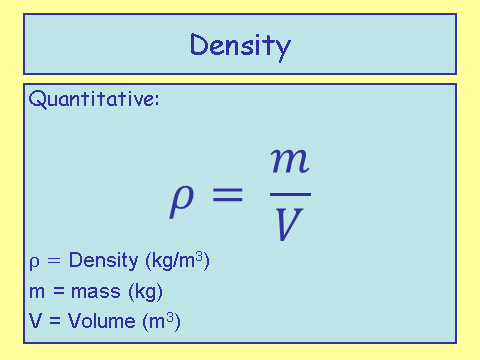 Notice how the symbol for density is not the letter ‘p’, but is in fact a ‘⍴’. ⍴ is a greek letter called ‘rho’ and can be drawn as an italic ‘p’. If asked to write the equation, make sure you get the symbol right!! It might just be easier to write the density equation out in words.

Let’s look at some example calculations: