The basics of the plum pudding model of the atom.

So, here is some super exciting history! 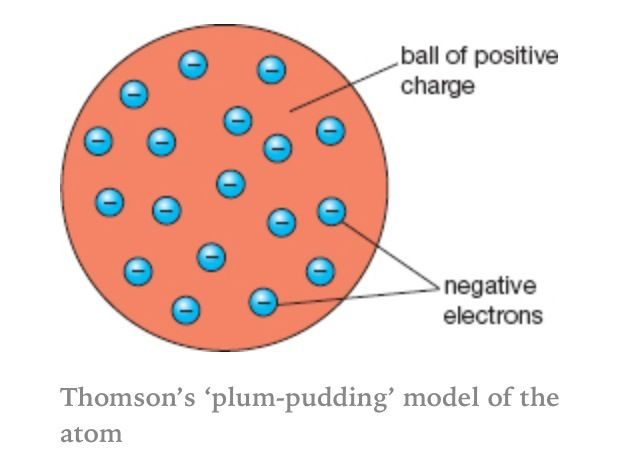 How the gold-leaf experiment worked and what conclusions were drawn from this.

How to draw, label and explain the set-up of the gold leaf experiment.

In 1909, Ernest Ruthorford disproved the plum pudding model by firing alpha particles through a very thin sheet of gold __(known as the __gold leaf experiment).

There are a few things you need to know before you can understand this experiment:

When Rutherford shot the Alpha particles through a thin piece of gold, he saw 3 things happen (see the animation below):

Rutherford came up with a way to explain all of these observations:

How Bohr’s nuclear model differed to previous models of the atom.

Scientists now know that electrons cannot just exists as a cloud around the nucleus, since it would cause the atom to collapse! Instead, it is now believed that electrons exist in energy shells.

The energy shells are filled up starting from the inner shell. Two electrons can fit in the first shell, with 8 electrons filling each shell after that.

How electrons are now thought to occupy an atom.

How to write the electronic configuration for a given atom.

How to draw an atom.

You will be drawing a lot of these electron shells in chemistry, and here are a few things to remember:

Example of a potassium (K) atom: 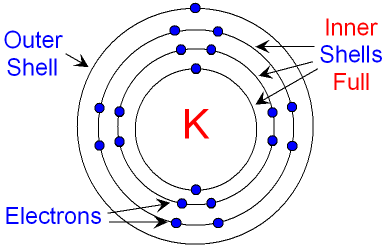 NOTE: Sometimes it is easier (and more useful) to write the atomic symbol where the nucleus should be instead of drawing all the neutrons and protons in the nucleus.

(This sounds much scarier than it actually is!)

How to draw an atom: 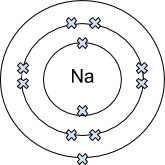