These are all examples of hydrocarbons. 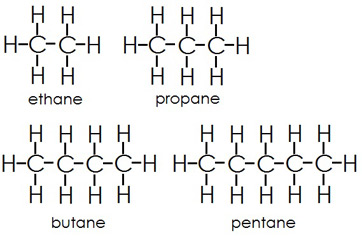 These are all saturated hydrocarbons. This means that there are no double bonds. Hydrocarbons with only single bonds are called alkanes.

When a hydrocarbon is unsaturated, it has some double bonds. These are called an alkenes.

Combustion happens when something reacts with oxygen. This is done by burning it in air.

The general equation for complete combustion is:

When incomplete combustion happens, it means that there wasn’t enough oxygen available to react. Carbon or carbon monoxide form instead of carbon dioxide. Carbon Monoxide is a toxic gas. 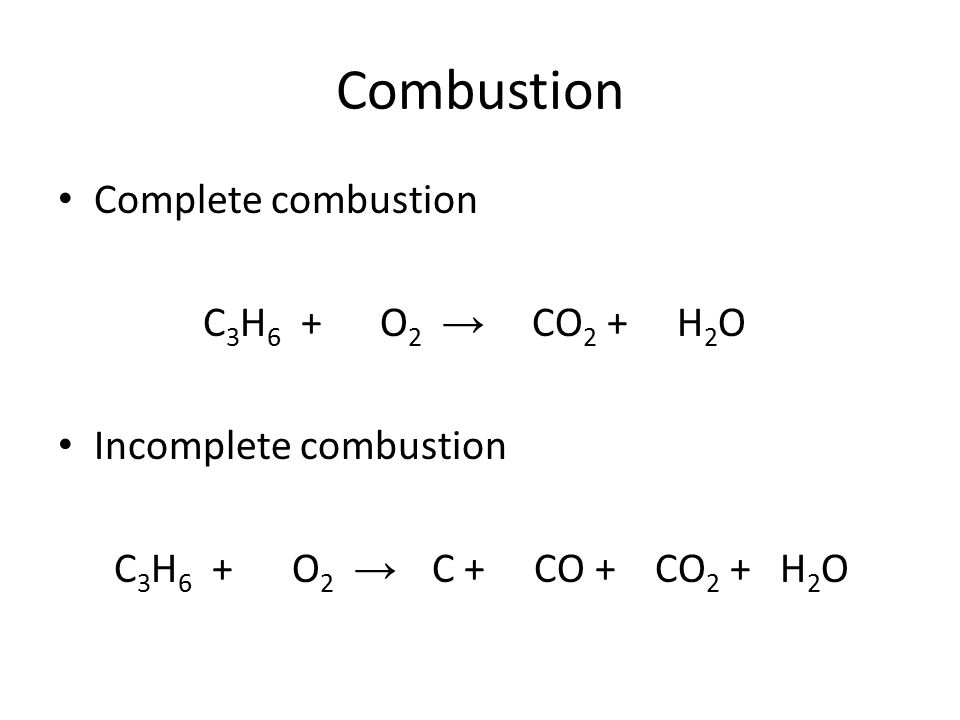 Crude oil is just a mixture of lots of different sized chains of hydrocarbons! It is found under ground. Crude oil is the remains of dead plants and animals from millions of years ago. The pressure from the earth squished them into a sludge called crude oil. We burn crude oil as fuel for energy production. This is bad for the atmosphere since it releases carbon dioxide (greenhouse gas). 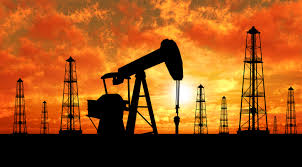 Crude oil is not very useful as it is, we need to separate the different hydrocarbon chains in order for them to be useful. Luckily, the boiling point depends on chain length! 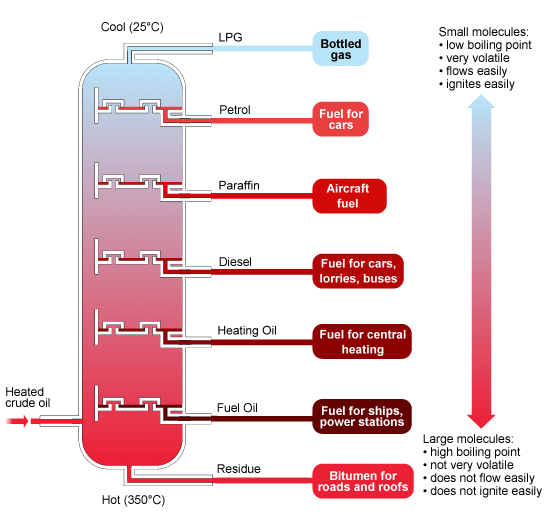 To separate the the different hydrocarbon chain lengths, we place the crude oil into a fractionating column. The bottom of the column is hottest and the top is cool.

You will need to know what the different chain lengths are called (i.e petrol) and what they are used for.

Short chain hydrocarbons are more flammable and make very good (and useful) fuels. The longer chains are not as useful. For this reason, we tend to break up the longer chains into lots of smaller chains! This can be done through cracking. This is done by heating up the crude oil! 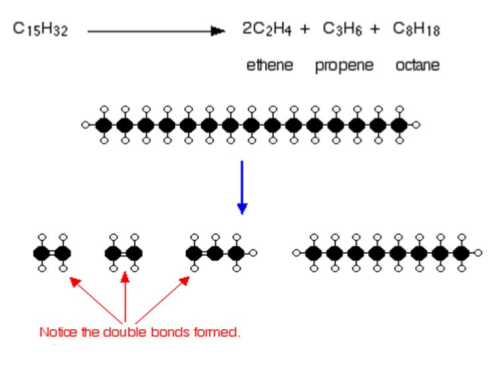 A catalyst can be used to help this decomposition, this catalyst is usually aluminium oxide.