This can happen with other functional group reactions also. 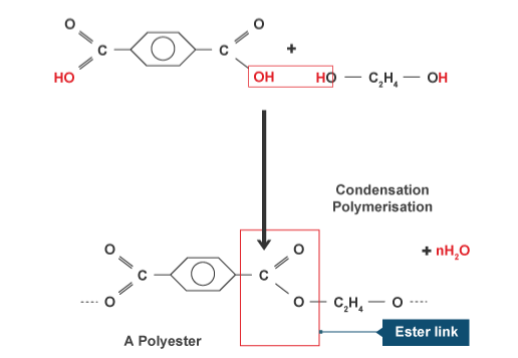 Since there is a functional group at each end, it means that there can be a ester bonds can form at the beginning and end of each molecule. Forming one long chain - a polyester! 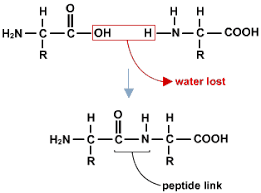 The only difference is that there is an __amino __group instead of an alcohol group! It works exactly the same way though!

The link formed is not called an ester link, it is called a peptide link/

Proteins are made out of long chains of polypeptides.

Proteins have lots of important roles in the body:

So, proteins are pretty important.