Materials can be in 3 different forms, solid, liquid or gas. The state of matter the substance is in depends on how strong the forces of attraction are between the molecules.

The strength of intermolecular forces depends on:

The way that particles interact with each other is actually very very complicated BUT we can presume a few things that makes it a lot easier.

Solids have strong intermolecular forces holding the particles together. The particles are very close together, stuck in fixed positions but vibrating on the spot. Solids keep their shape and volume since the particles don’t move from their positions.

As the solid heats up, the particles vibrate more aggressively (and when they vibrate so much that they break free from their positions, this is when the substance has melted to a liquid!) 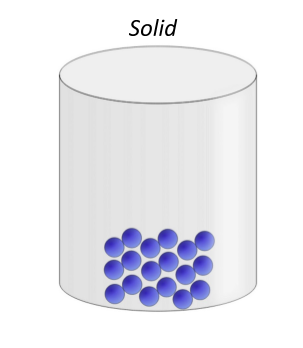 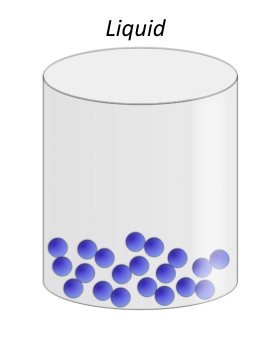 In gases, there are no forces of interaction between particles. The particles are randomly arranged and move quickly and randomly with lots of energy.

Gases change their volume and shape to fill the whole of the container.

The gas particles are constantly moving. The hotter the gas gets, the faster the particles move. 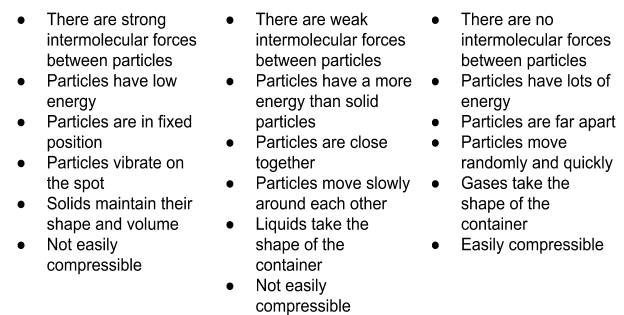 In real life, the particles in a solid, liquid or gas are not actually like how we talk about them. However, to learn how particles actually interact in real life, you’ll need a physics degree! We learn a simplified version of particle theory, but you will need to know why this theory is wrong.

Particle theory is wrong since: