Development of the Periodic Table

How the periodic table used to be arranged

Why is arrangement was wrong.

How the discovery of isotopes proved that the first arrangement of the periodic table was wrong.

Neutrons, protons and electrons were not discovered until recently, so scientists could only classify elements by two different properties:

Before the 20th century, scientists arranged elements in order of their relative atomic mass into a table. When they did this, they realised that a pattern started to emerge and they called this the periodic table (since the patterns occurred periodically).

Since the early periodic table was arranged by atomic mass (instead of atomic number), a lot of the elements ended up in the wrong group, with elements that had different properties! Also, not all elements had been discovered, so there were gaps in the table.

Note: now we arrange them in terms of how many protons are in the nucleus.

How the periodic table is now arranged

Why is arrangement works

He kept the general pattern of relative atomic mass but made a few very important changes: 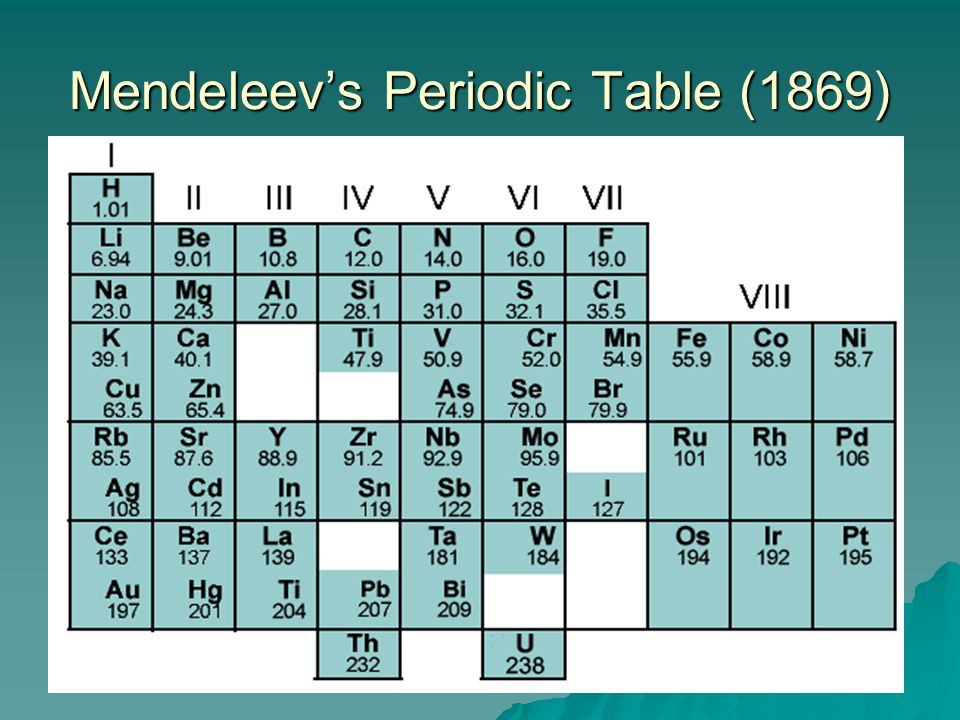 The discovery of isotopes

In the early 20th century, isotopes were discovered (the same element but with a different mass). This proved mendeleev’s theory of arranging elements in order of mass AND their properties. This is because isotopes can have different masses but the same properties (so with the old periodic table, a heavy hydrogen might have been put in the wrong group!)

How the periodic table is now arranged

Why is arrangement works

What groups and periods represent.

The periodic table is a table of all of the known atoms in existence, and it looks like this… 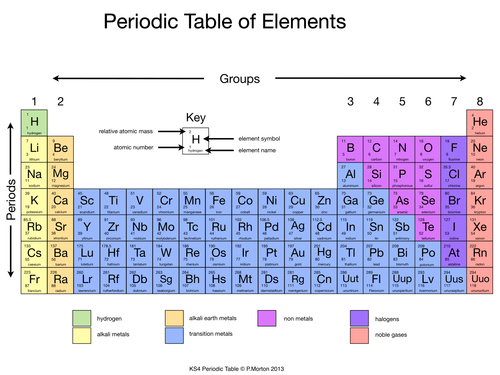 There is usually a key at the top of the table, which tells you what all the information means in the boxes:

As you can see, for this particular table (some look a LITTLE different), the atomic mass for each element is found at the top of each box, and the atomic number at the bottom. For all periodic tables, each box represents one atom.

You may notice that the table is labelled, with groups across the top and periods along the side. There are 8 groups and 7 periods, and each atom is assigned to a group and to a period. For example, Hydrogen (the green box with a ‘H’ inside) is in group 1, period 1. Neon (the pink box with ‘Ne’ inside) is in group 8, period 2.

Electronic Structure in the Periodic Table

How the electron structure of elements changes throughout the periodic table.

Here are some examples: 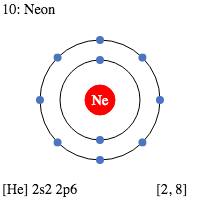 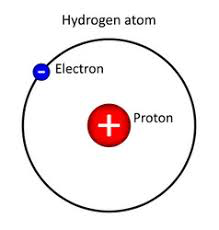 How reactivity of elements changes throughout the periodic table and why.

You will learn more about this in the bonding section!

What an ion is and how this changes the electron configuration of a particle.

Where metals and non-metals are found on the periodic table

How metals and non-metals differ in terms of properties.

Before we dive into metals, you’ll need to know what an ion is. An ion is just a charged particle. This happens when atoms/particles lose/gain electrons. This means that they have more/less protons than they do electrons.

Metal atoms are atoms which form positive ions when they react.

Non-metal atoms are atoms which don’t form positive ions when they react. They either form negative ions by taking electrons from a nearby metal (in an ionic bond) or they share their electrons (in a covalent bond). If you’re a little unsure on this, don’t worry too much, it is explained in more detail in the bonding section.

If you’re lucky enough to get a colour coded periodic table, then you can easily see which atoms are metals and which are non-metals. If you have a black and white picture, then there will always be a line separating where the different colours would be. On the periodic table above, all of the atoms in yellow, orange and light blue are metals, the rest are non-metals.

Electronic structure of metals and non-metals

Notice that the metals are further to the left of the periodic table, whereas non-metals are further to the right. This is because metals have a low amount of electrons in their outer shell and non-metals have a lot! This makes a lot of sense, since metals are defined as atoms which form positive ions (lose electrons) when they react! Think of atoms as lazy creatures, they always do the easiest thing to be happy. It’s easier for an atom with 2 electrons in the outer shell to lose them (and form a positive atom) then to gain 6.

Physical properties of metals and non-metals

You probably already know what metals and nonmetals are like, but you’ll need to know what points will get you marks on an exam!

Here are the main points to mention for each:

If you don’t know what ‘dense’ means you can think of it as:

How you can determine the chemical and physical properties of an element depending on where it is found in the periodic table. 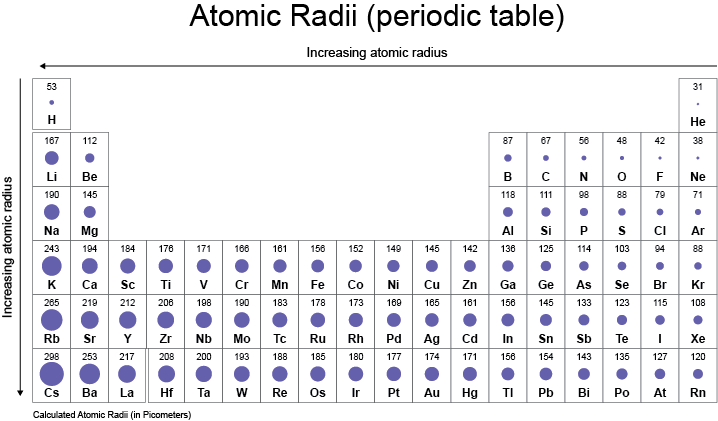 You will learn WHY these three are affected in the next section. Before diving into that though, have a think and see if you can figure it out by yourself (I’d be very impressed if you do - young Einstein!)