What is covalent bonding

How electrons are shared in covalent bonding

A few things to remember:

How to draw a dot cross diagram for covalent bonding.

The different ways in which bonds can be represented.

Here are the same 3 covalent substances, Ammonia, Oxygen and Hydrogen, as displayed form. Notice how each line between the atoms (bonds) represents a shared pair of electrons (so Oxygen is sharing 2 pairs and has two lines connecting the two atoms).

Here are the same 3 covalent substances, Ammonia, Oxygen and Hydrogen, as 3D stick and ball models.

You will need to know the bonding in the following simple covalent substances:

Hydrogen, Oxygen and Ammonia were show in the last section. Here are the other 5! 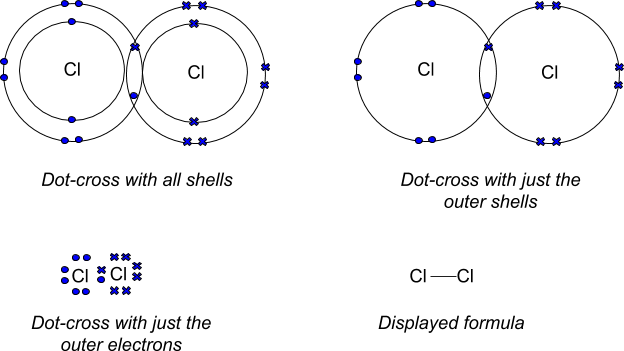 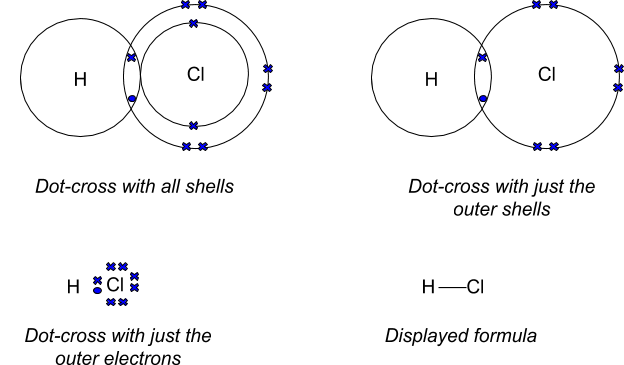 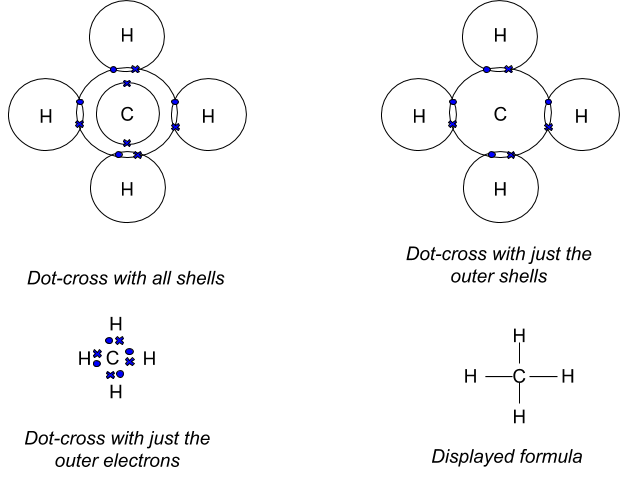 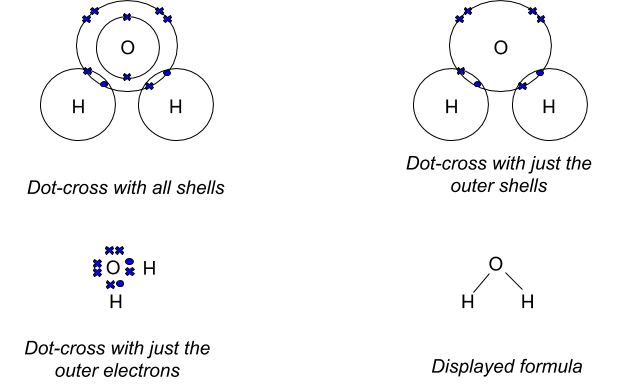 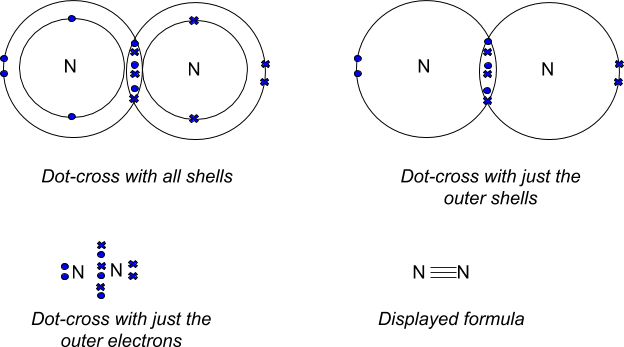 How the different properties of simple covalent structure.

Understand what intermolecular forces are.

Electrical conductivity is just how much a substance lets electricity pass through it. You may know from physics, that the only way electricity can pass through something is if there are charged particles that are free to move around.

In covalent substances, there are no charged particles that are free to move around, therefore they do not conduct electricity!

The different molecules in a liquid or solid are attracted to each other via intermolecular forces. This is what keeps them all bundles up (unlike a gas). 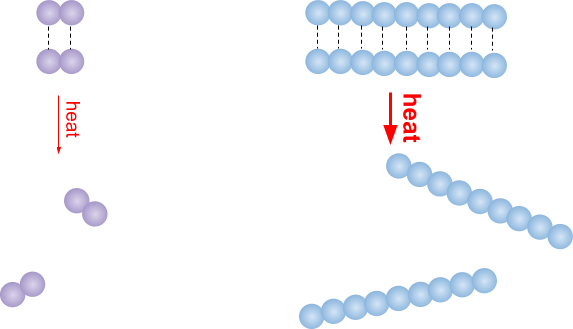 _Note: Intermolecular forces are NOT the same as bonds. _

Since all simple molecular substances are composed of small molecules, they don’t require much heat to break all of the intermolecular forces. This means that they have LOW boiling and melting points!

Trends in melting and boiling points of simple covalent substances

As the molecules get bigger, the amount of intermolecular forces to overcome increases (melting and boiling points increase). The size of a molecule doesn’t only depend on how many molecules there are, but how big the atoms are too! 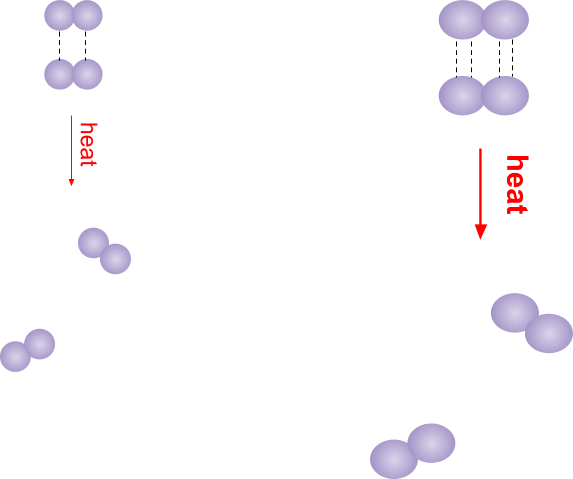 You may remember from the PeriodicTable section, that the size of an atom depends on how many electron shells there are, and how many protons there are in the nucleus. Let’s do a recap just to make sure!

__The more electron shells, the larger the atom: __

So Na2 will have a higher melting point and boiling point than H2. This is because __Na2 __is larger, will have more intermolecular forces holding each __Na2 __molecule together and will therefore need more heat to separate all of the __Na2 __molecules from one another.