Economies and Diseconomies of Scale

Firms can reduce their average costs in the long run by increasing the scale of production. This means increasing the amount of fixed factors (land, buildings, machines) as well as the variable factors (labour and materials).

The firm is experiencing internal economies of scale. These are reductions in average total cost that can be achieved by an individual firm as it increases the scale of production.

It is likely that beyond a certain size internal diseconomies of scale will occur, causing average costs to rise. This is generally the result of management problems when a company becomes too big. In particular:

There is a range of output at which long run average cost (LRAC) is at its lowest level. This is called the optimum output. This is shown in Fig 1 below: 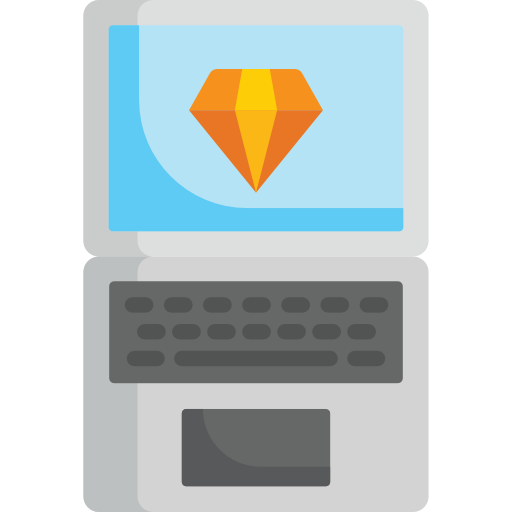 Between Q1 and Q2, LRAC is at its lowest level. Over this range of output, LRAC is CA per unit. So if a firm wants to achieve maximum efficiency it must produce at an output between Q1 and Q2 (the optimum output). At any output below Q1, or above Q2, LRAC will be higher. For instance, at Q3 or Q4, LRAC is at CB.

Output Q1 is the lowest output at which minimum LRAC is achieved. This is called the Minimum Efficient Scale (MES). In industries where firms produce closely competing products, it can be vital for firms to produce at or beyond the MES, to avoid being priced out of the market by bigger, more efficient firms. This is one reason why the car industry is now dominated by a few very large producers, such as VW, Toyota and Renault/Nissan, each of which produces 10 million or more vehicles per year. Smaller firms have been forced to merge, be taken over or go out of business. In the luxury car market, where price competition is less fierce, there is still room for much smaller firms, such as Rolls Royce or Aston Martin.

Sources of Internal Economies of Scale

A large firm can afford to buy bigger and more efficient machines. For instance, a small printer with a price of £200 may be able to print 10 sheets of paper per minute. A machine that can print 100 sheets per minute may only cost £500.

The operating costs (labour, and power for instance) of large machines also increase more slowly than output. A cargo ship that can carry 5000 containers will not need 5 times as many crew to sail as a ship that can only carry 1000 containers. A double decker bus still only needs one driver and doesn’t use much more fuel than a single decker.

A large scale producer can benefit from a greater division of labour (see notes on 1.1.5). Workers and machines can specialise in just one task, increasing efficiency and output. A small firm could not justify buying an expensive machine for one specific task because it might not be used for much of the time. On a production line, the machine will be in constant use.

A large firm can achieve cost savings by bulk-buying materials and components from suppliers at lower prices than a smaller firm could achieve. It can also save costs on advertising and marketing. Large firms can spend very large sums on marketing campaigns, but when it is spread over a large output, the marketing cost per unit of output is low. This is one reason why products like Coca Cola are so successful; they have huge marketing budgets compared to smaller rivals.

Larger firms, especially public limited companies (plc) can raise capital more easily and at lower cost than small firms. They can borrow at lower rates of interest as they are generally seen as a lower risk by lenders. They also have access to a much larger range of investors and lenders, including global stock markets and foreign banks. Small firms usually have to go to high street banks or raise capital from friends and relatives.

This is really another kind of division of labour. Just as workers can specialise in particular tasks, the same is true of management roles in large firms. They will have separate finance, marketing, production and human resources departments, for instance. Very large firms may even have their own legal departments. In very small firms the owner has to carry out all these management tasks him/her self, and may not be very competent at most of them.

External Economies and Diseconomies of Scale

External economies of scale are cost savings that benefit ALL firms in an industry as that industry as a whole gets bigger. They arise due to the following:

As an industry grows there becomes a greater pool of labour available with the appropriate skills. Colleges and universities start to run courses suited to the needs of the firms.

As the industry expands, there will also be a growth of firms supplying components, materials and services to it. For instance the UK has a number of very large firms making components for the car industry, making it an attractive location for car manufacturers such as Nissan, Toyota and BMW (which makes the Mini in the U.K.)

When an industry is large enough to be important to the economy, either nationally or regionally, the government may support it in various ways; for instance by building better infrastructure or helping to fund research and development.

__External diseconomies of scale __occur when costs start to rise for firms as a result of the growth of the industry. The main reason this can happen is that when there are lots of firms in an industry, they may have to compete for scarce resources. For instance, the rapid growth in air travel has caused a shortage of airport capacity, driving up the costs to airlines of buying take off and landing slots.

Both short and long run average cost is shown in Fig 2 below:

We can see from this diagram that at any point along the LRAC, a firm is producing at the lowest possible cost for that particular output. For instance output Q can be produced at £X per unit, when the firm is operating at a scale shown by SRAS2. If it was operating on a smaller scale, shown by SRAS1, the cost per unit would be £Y.

The LRAC curve is therefore a cost boundary; firms can produce a given output at a higher cost, but cannot produce at a cost below LRAC.

It is of course possible that over time the whole LRAC curve may shift downwards if new technology becomes available.