In a market, supply refers to the quantity that producers are willing and able to sell at any given price in a given time period.

For the vast majority of goods, there is a direct relationship between quantity supplied and price; producers are willing to sell more at a higher price and vice versa, ceterus paribus (provided that nothing other than price changes). This is because producers can make more profit at higher prices and new producers will enter the market as price rises.

Consider Table 1 below, called a ‘supply schedule’ for milk:

We can plot this data on a two dimensional graph, in Fig 1 below: 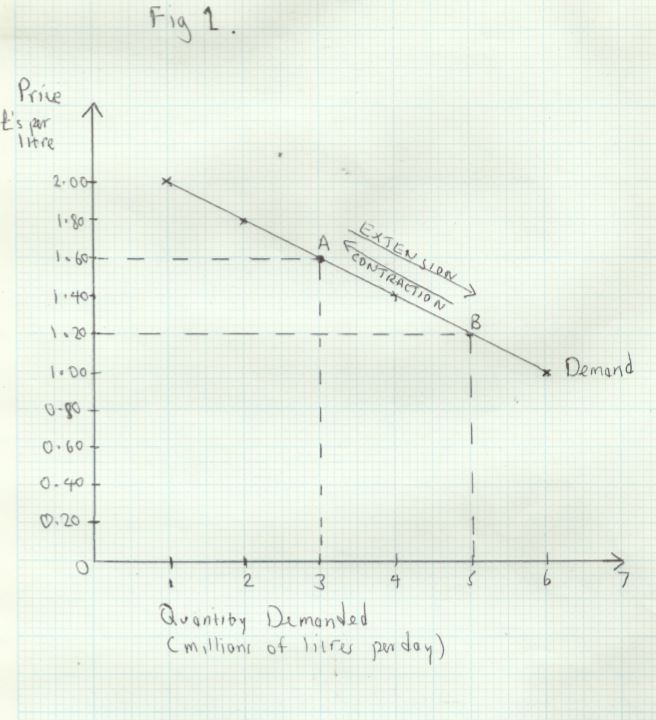 The line plotting the quantity supplied against price is called the ‘supply curve’. It shows the quantity demanded at each price. For instance, at point __A __price and quantity are respectively £1.20 and 2 million.

If price rises to £1.60, supply goes up to 4 million. This is shown at point B. This movement along the supply curve from A __to __B __is called an extension of supply. Correspondingly, a fall in price such as the movement from __B __to A __is called a contraction of supply.

Changes in the Conditions of Supply

The supply schedule and supply curve reflect the _ceterus paribus _assumption, that quantity supplied is changing only in response to a change in price. In the real world there are many other influences on supply, and these may cause the supply curve to shift outwards to the right, or inwards, to the left. These changes are called respectively increases/decreases in supply__.__

Look again at _Table 1. _Suppose there has been a fall in the cost of cattle feed. This would result in more milk being supplied at each price as farmers will now make more profit. Let’s suppose that supply increases by 1 million litres at each price. The effect of this increase in supply is shown in _Fig 2 _below: 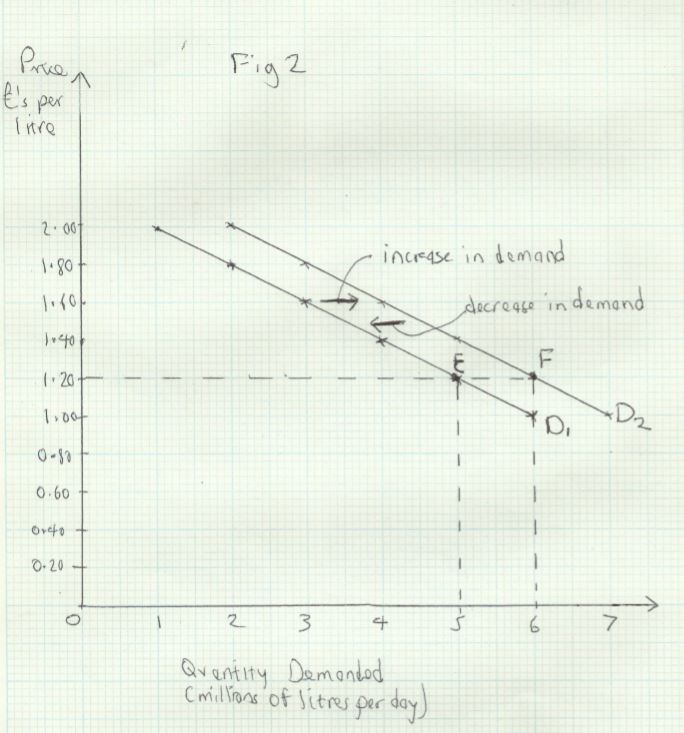 We can see that the increase in supply shifts the supply curve from S1 __to __S2. Before the fall in cattle feed costs, the quantity supplied at a price of £1.40 was 3 million. Now it is 4 million. This is shown by the movement from point C to point D. Similarly, at all other prices, supply has increased by 1 million litres. Conversely, a shift from point__ D to __C would represent a decrease in supply. 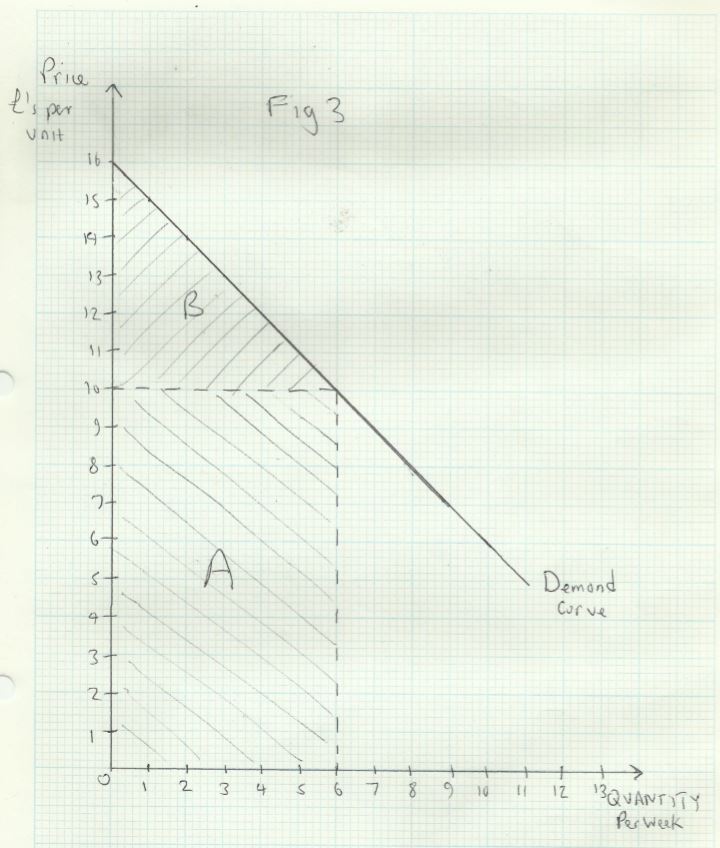