In the simple model of the circular flow we looked at in 2.4.1, the level of national income was in stable equilibrium; all income received by households was spent on the goods and services produced by firms.

There are also __withdrawals (W) __or __leakages __from the circular flow. These are income that is not spent on domestically produced goods and services.

Again, There are 3 Withdrawals

A revised model showing J and W is shown in _Fig 1 _below: 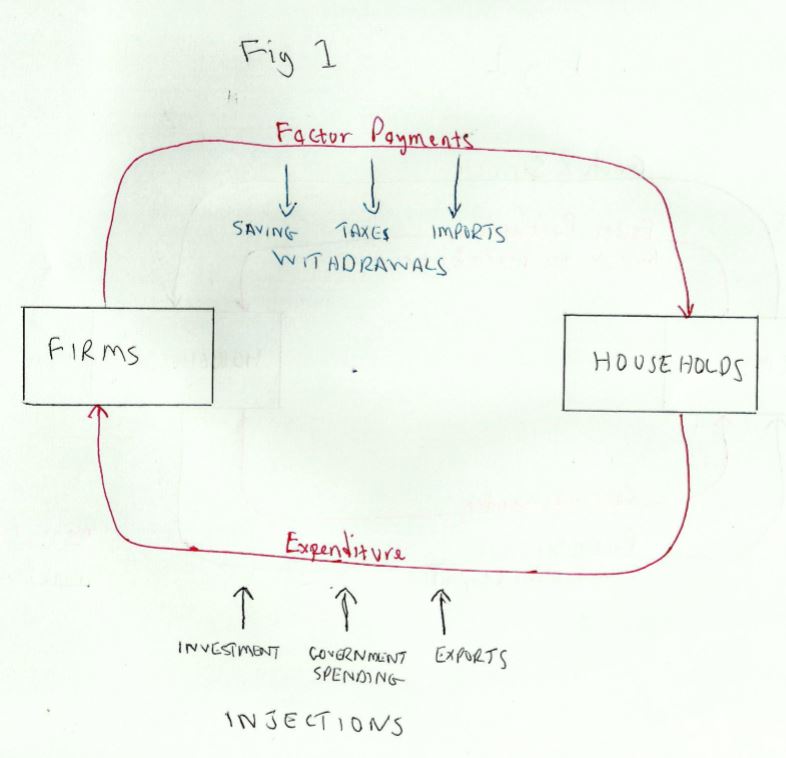 In an economy where there are injections and withdrawals, the level of national income (Y) will be in equilibrium (no tendency to rise or fall) provided that:

If injections are greater than withdrawals, Y will increase. As Y increases, S, T & M will also increase, as households will save more, pay more tax and buy more goods from abroad. Y will continue to rise until injections and withdrawals are equal.