The morphology (shape) of a coastline will be

1.The lithology or physical characteristics of the rock

2.The relief and slope (cliff profiles)

4.The permeability of the rock (impermeable or permeable)

5.How hard/soft the rock is and its resistance to erosion

The lithology physical characteristics of rocks include:

This is where the geology alternates between bands of more resistant and less resistant rock which run at right angle to the coast (Isle of Purbeck from Studland Bay to Dulston Head).

This is where bands of more resistant and less resistant rock run parallel to the coast (isle of Purbeck from Lulworth Cove to Kimmeridge Bay). 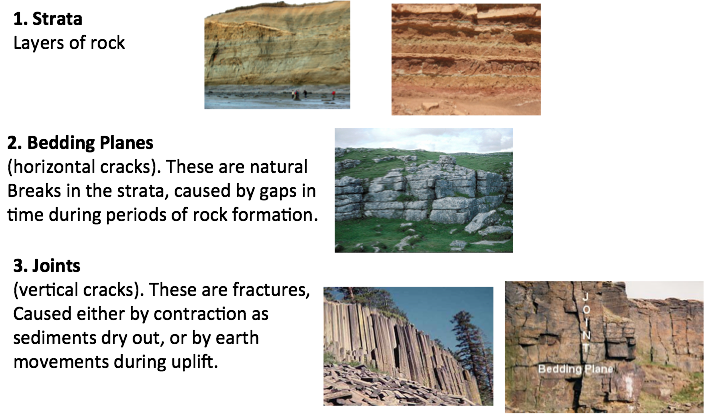 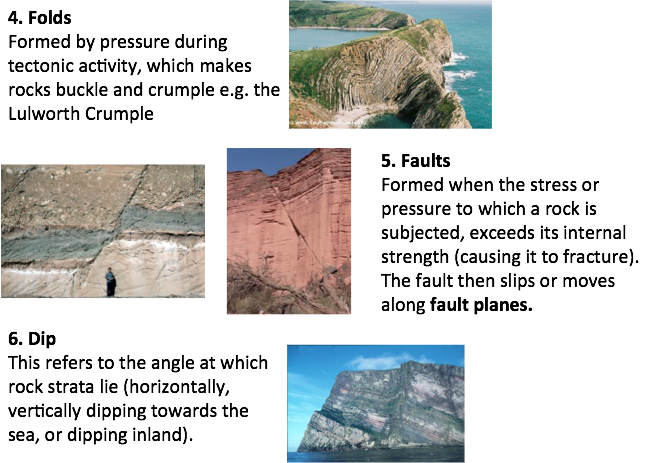 The relief (height and slope) of the land, is also affected by the geology. There is a

direct relationship between the rock type, lithology and Cliff Profiles.

Cliff profiles are subject to marine processes, such as wave erosion, (hydraulic action,

the base of the atmosphere’ and includes mass movement and weathering. 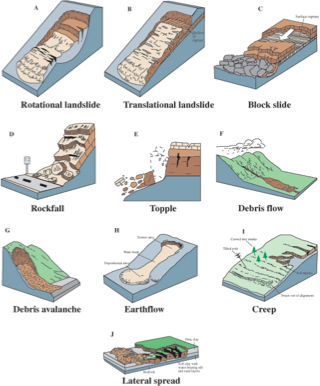 Carbonation -CO2 in the atmosphere dissolves in rainwater, forming carbonic acid which reacts with minerals in limestone, chalk and marble

Oxidation – rocks with metallic elements react with oxygen in the air/water and ‘rust’.

Hydrolysis- combination of water (as a weak acid) reacting with minerals in the rocks.

The type of rock will influence its permeability, this in turn will affect the rate at which it is eroded, and the features that will be formed at the coastline.

SEDIMENTARY rocks (limestone, chalk, sandstone, shale) are formed in strata (layers). Jointed sedimentary rocks (sandstone and limestone) are permeable. Other sedimentary rocks (chalk) have air spaces between their particles making them porous. Shale is fine and compacted making it impermeable.

METAMORPHIC rocks (marble, schist, slate) are very hard and resistant. They are impermeable.

Unconsolidated materials (such as the boulder clay on the Holderness coast) are loose and easily eroded. However, if compacted the particles can stick together and form an impermeable layer within a cliff strata. 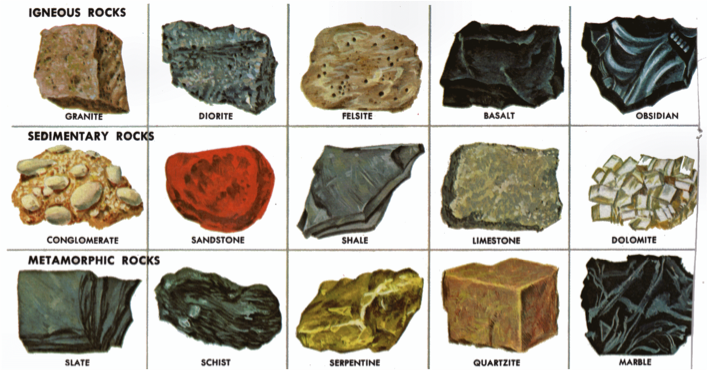 Other factors that affect the erosion rate include:

Absence of a beach 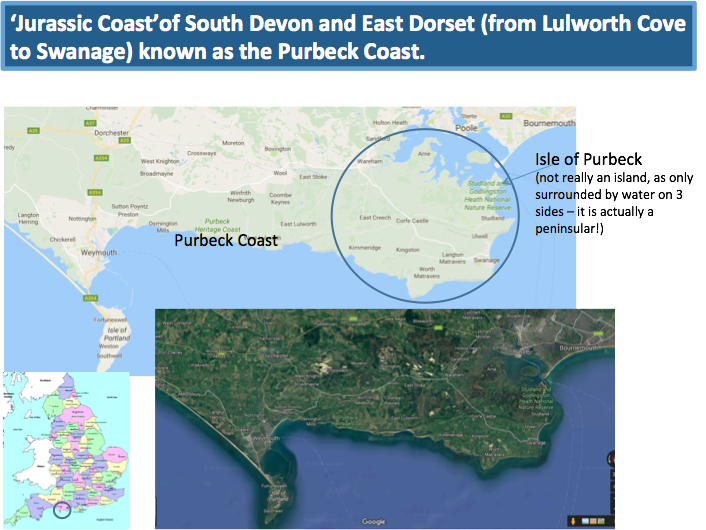 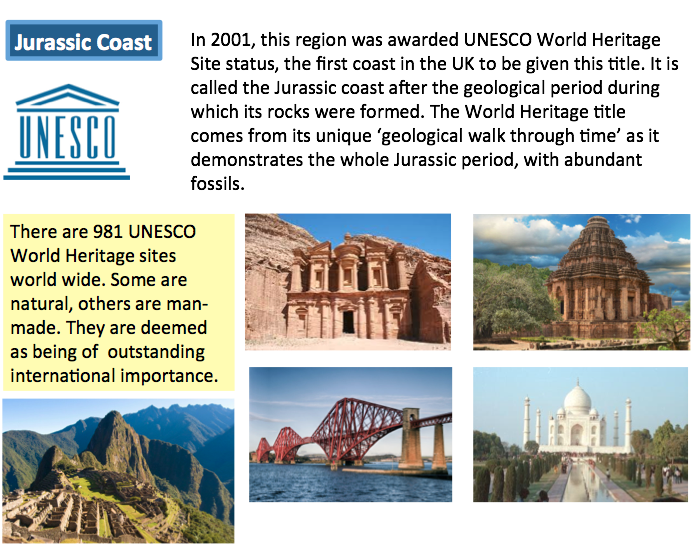 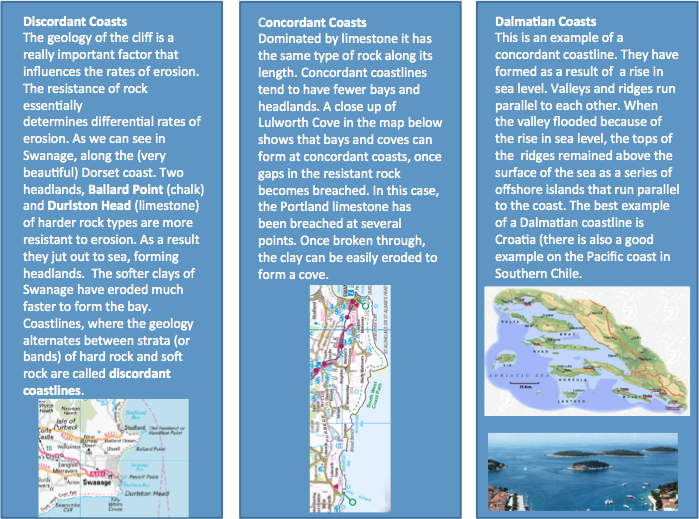