__Meteorological __causes of flooding, including: 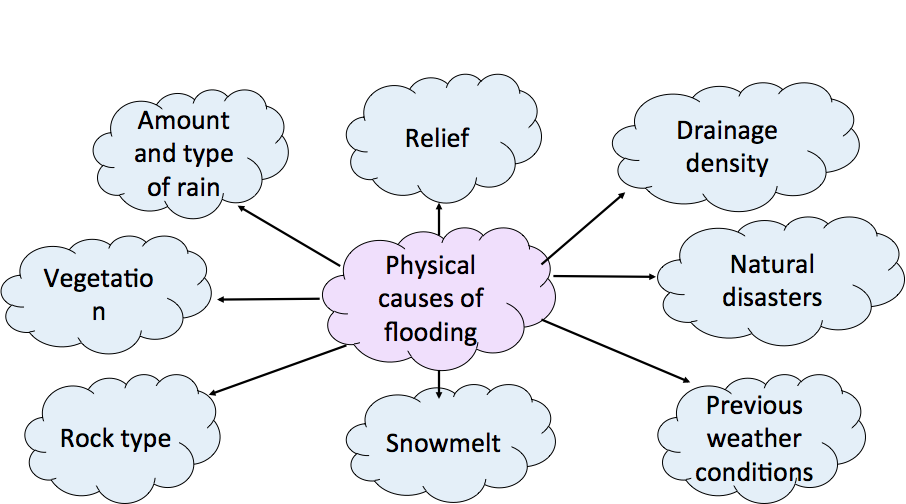 In the UK flooding is:

occurring in the progressive cycle (during autumn and early winter) 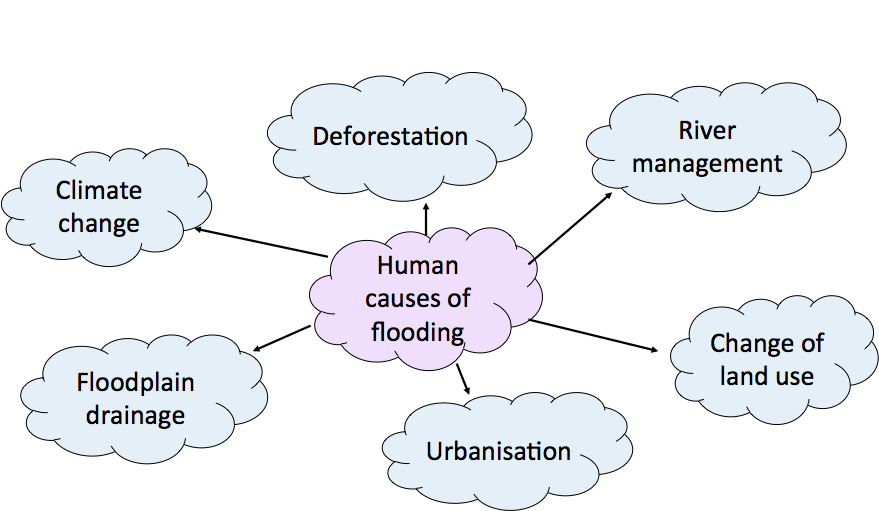 Why are human actions making floods worse, especially in LICs? 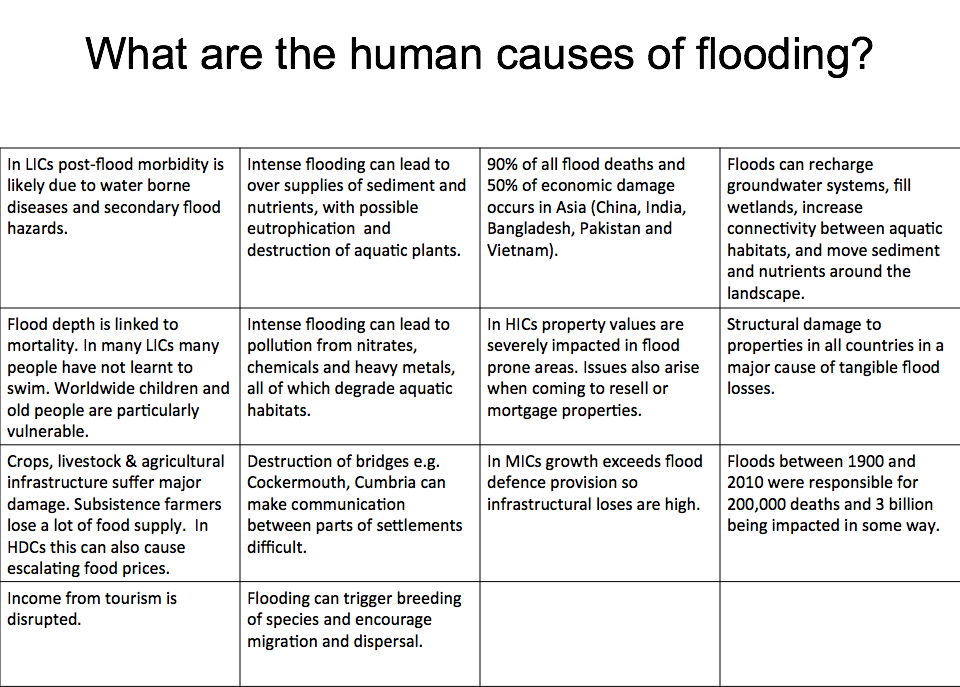 We can calculate the ‘recurrence interval’ of flood events using this calculation:

n= number of years of observation

Rank = rank order (large flood events are ranked each year according to their magnitude in runoff volume, not damage/impacts)

This tells us the number of years within which a flood of this size can be expected e.g. a 1 in 10 year or a 1 in 500 year flood event.

The floods of highest magnitude will have the longest return period e.g. 1 in 500 year events.

This doesn’t mean this exact flood will happen every 500 years.

Each year has a 1 in 500 chance of experiencing a flood of this magnitude.

Case Study of Impact of Flooding in the UK

During April-July 2012 severe flooding occurred across the UK.

We will study the impacts on the north east of England. 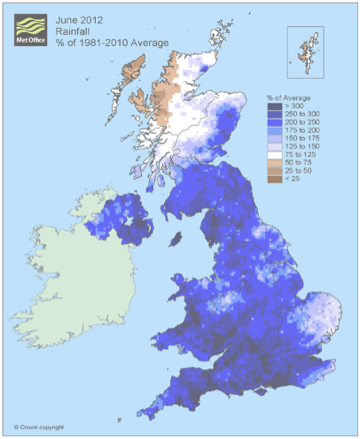 The yo-yo pattern is the result of two weather systems

Although some areas have experienced gusts of up to 70mph, the reluctance of the dismal weather to move off north and east is also due to a weaker jetstream than usual.

The UK’s exceptionally wet summer in 2012 __and extreme rainfall events in China, Japan, Australia and New Zealand were all found to be __influenced heavily by natural variations of weather and climate.

However, rainfall totals can be affected by increases in the amount of moisture held in the atmosphere directly related to the warming we have seen due to greenhouse gas emissions.

• Over 1000 properties flooded overnight in the NW and Yorkshire

• Residents rescued from their homes by dinghy in Greater Manchester

• 9 people rescued from cars in the Yorkshire Dales

Evaluate the physical and human causes of flooding.