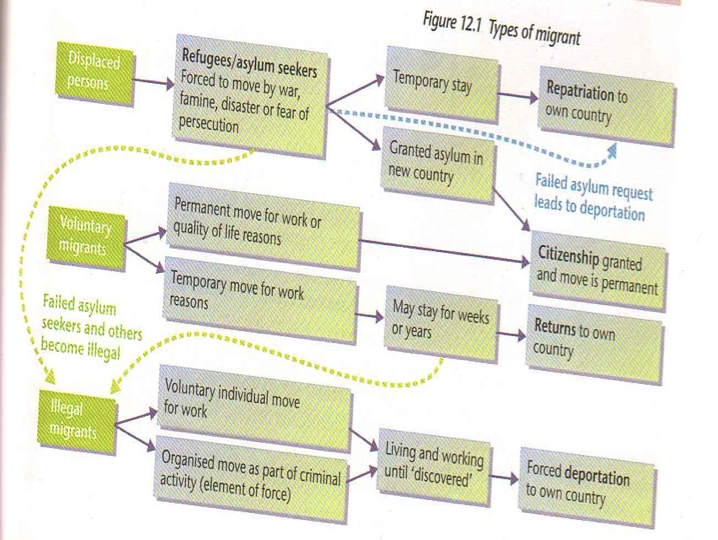 In 2008 the world reached a milestone – over half the population now live in urban settlements. By 2050, an extra 3 billion people are expected to be living in urban areas. This has led to the birth of mega cities (cities with more than 10 million) which are growing rapidly. 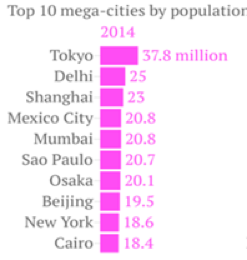 There are many different types of people that migrate:

A minority population group with some combination of: high levels of wealth; social status; political influence; cultural influence. Can migrate easily (e.g. from Brazil to EU) under Highly Skilled Migrants Programme (HSMP). Some elite migrants live as ‘global citizens’ and have multiple homes in different countries. Many skilled and affluent Americans and Russian oligarchs live or work in the UK, even though these countries are not a part of the EU. 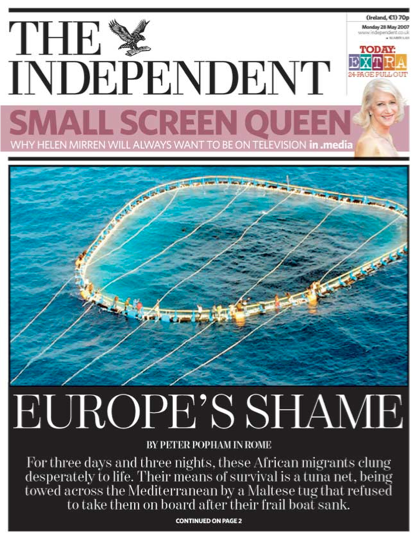 •Vessels used to cross the Mediterranean from Africa are unsafe, thousands have drowned

•Similar stories can be told about poor Mexicans heading for the USA, or Burmese entering Thailand

•While globalisation has made it easier to move money and goods around the world, it is not true that all people are free to move

Indian Workers in the UAE

Over 2 million Indian Migrants live in the United Arab Emirates, making up 30% of the total population. Many live in Abu Dhabi and Dubai. An estimated US$15 billion is returned to India annually as remittances. Most migrants work in transport, construction and manufacturing industries. Around one-fifth are professionals working in service industries.

Such as in New Delhi (example next slide) 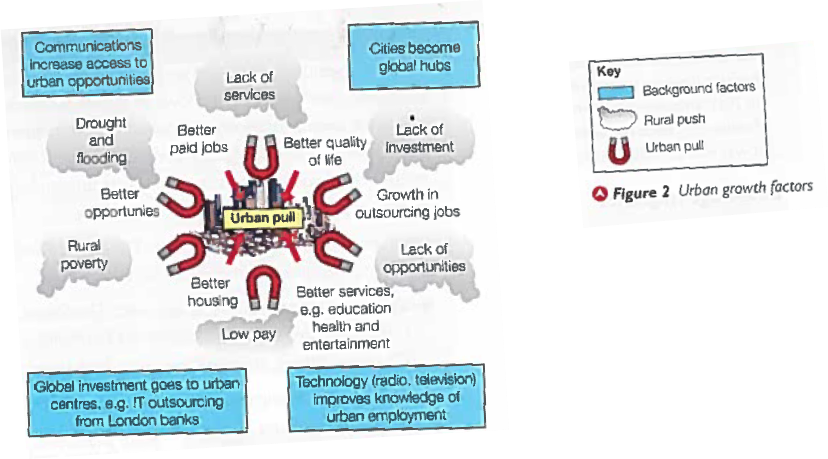 Social - Unfortunately, size is not always good news. Today, half of the world’s urban dwellers live in poverty. Many countries (such as India) have persuaded TNCs to invest there by offering them low tax rates. As a result the reduced tax revenue is unable to pay for the badly needed infrastructure (such as piped water supplies). Rapid economic growth can provide new jobs but it also creates a lot of social challenges!

Rapid growth challenges governments to provide services and basic needs such as housing and education.

In most countries, private companies are more likely than governments to provide housing, water, healthcare, energy and sanitation to meet the demand of soaring populations. More often than not companies target higher earners first – so the wealthy areas will have piped water but others won’t

Sprawling shanty towns are the product of uncontrolled urban growth, and are common in most cities in low and middle income countries.

Even wealthy cities (London) see rises in the number of homeless people due to accommodation being unaffordable.

Environmental - The WHO (World Health Organisation) surveyed 1600 cities worldwide for air quality. New Delhi was judged as the worst in comparison to London that was 2516th

New Delhi’s growing population and wealth is predicted to increase to the number of vehicles on its streets from 4.7 million (2010) to 26 million by 2050! Air pollution is India’s 5th largest killer (lung/heart). 40% of all New Delhi residents suffer from respiratory illnesses, according to a study in the Harvard International Review

Alongside this other environmental problems in New Delhi include, sewage pollution, chemical dumping and fuel spillages from poorly maintained vehicles. 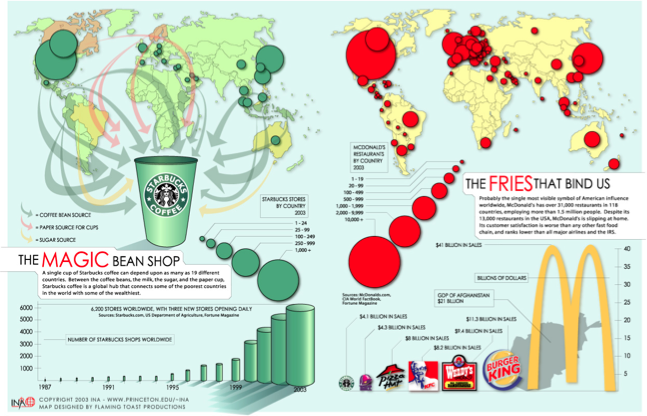 Global hubs are __switched-on __places possessing qualities that make other places want to connect with them.

In some cases, these are the obvious world cities, e.g. London and Tokyo.

In other cases, they may possess a particular attribute that others wish to connect with, rather than displaying a full range of connections, e.g. Bangalore.

The inter-connections between globalisation and migration make us think about: