What Creates a Defecit

Drought: A period of abnormally dry weather that causes serious hydrological imbalance in a specific region. 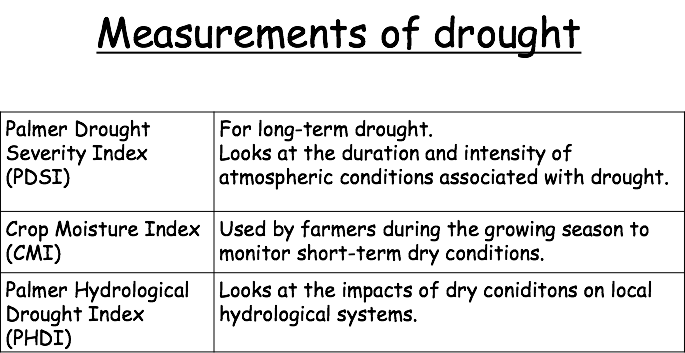 1.Meteorological drought is a rainfall deficit. 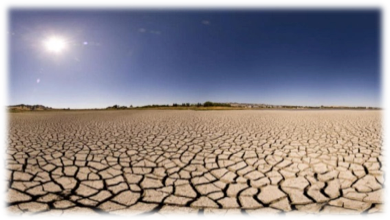 Impacts on the Cycle 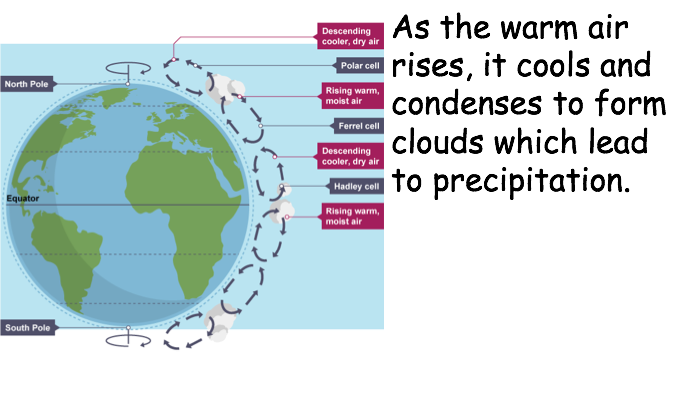 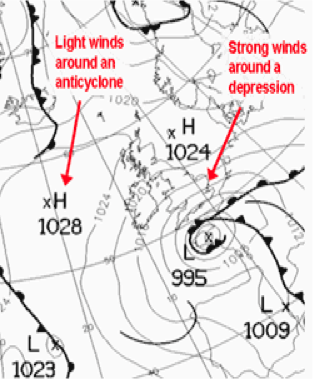 The greater the pressure difference, the stronger the wind blows. 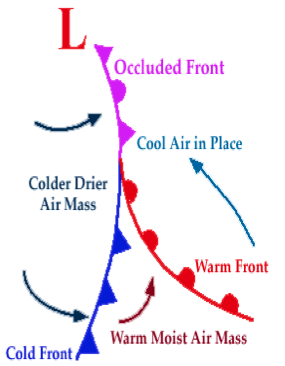 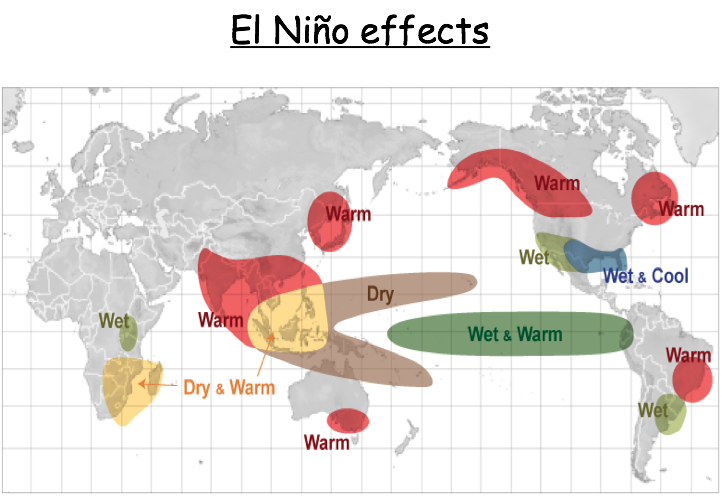 Weak trade winds are pushed east-wards over the Equatorial Pacific meaning warm ocean water can move across the Pacific.

Jet streams follow the boundaries between hot and cold air.

El Nino events move the jet stream downwards (towards the warmer air) due to the weakened trade winds.

Watch this video here for explanations: 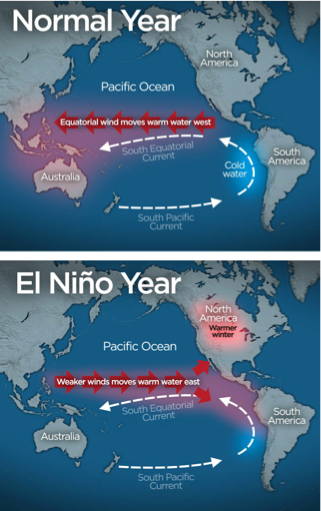 Explain how El Nino works, and how it influences climate.
Your answer should include: Trade winds / east

The ‘ENSO cycle’ is a scientific term to describe the variations in temperature between the ocean and atmosphere in the Equatorial Pacific.

Discuss the types and causes of drought.
Your answer should include: Meterological / agricultural / socio economic / hydrological.