Capitalism - an economic and political system in which a country’s trade and industry are controlled by private owners for profit, rather than by the state.

Communism - a system of social organisation in which all property is owned by the community and each person contributes and receives according to their ability and needs.

Xenophobia - deep rooted fear of foreigners or people from another country.

Cultural traits - these reflect the behavioural characteristic of the culture as a whole.

Cultural imperialism - the imposition of one culture onto another, or assumption that one is worth more than another.

Soft power - the ability to attract and be cooperative, rather than use force (hard power).

21st March 2016 a historical day. On that date, Barack Obama became the first US President to visit Cuba is 57 years!

Cuba chose to isolate itself from the western capitalist world for 50 years when its leader Fidel Castro declared Cuba a communist state. Cuba was originally supported by the USSR (former communist state of Russia) until 1991 when it collapsed. After this Cuba began to develop and began accepting some foreign investment (particularity tourism flows). Tourism brought many Cubans into contact with foreign travellers and their cultures (clothes & diet) for the first time ever.

In 2008 Fidel Castro resigned due to ill health and his brother Raul has been in power since. President Obama’s visit was a sign of relaxation of strict communist control. Raul has allowed free enterprise businesses to set up for the first time in decades. This relaxation is similar to China’s open door policy which allowed the influx of new cultures to enter the once strict communist state. Cuba’s new spirit of openness has led to improved relations with the US. However despite the welcomed political relaxation in Cuba, it has led to a growing social and economic inequality amongst its citizens.

Cuba is now changing rapidly. The growth of tourism, TV and internet in broadening Cubans’ knowledge of the world and challenging Cuban traditions (globalisation is diluting Cuba’s culture). Netflix is now available to Cubans, American tourists are allowed to visit and a cap on remittances sent by Cuban/Americans back to the US has been lifted. In some locations cultural erosion (loss of language, food and traditions) has resulted in changes to the environment.

Beach resorts have changed Cuba’s coastline and its coral reefs are now becoming threatened. All of these influences has led to Cuba’s cultural diffusion (the spread of one culture to another). The food, music, architecture in Cuba are now changing – it will now take a lot of effort to maintain a strong Cuban identity.

Diversity in the UK 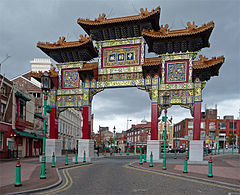 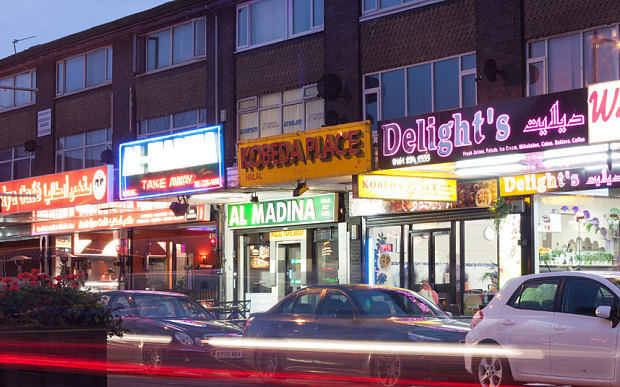 In China, changing food habits have come at a cost to Chinese culture, but what made China fat? The Chinese case resembles a speeded-up version of our own obesity crisis. Cars, city life, television, fast food, a taste for beer and lack of exercise are all factors. The growth of the fast-food market (now worth more than $70 billion) has been dizzying. Fried chicken, burgers and sugary sodas are ubiquitous. At the same time, China’s roads, once crowded with bicycles, are jammed with people sitting in cars.

Papua New Guinea has been impacted in a different way. It has around 1,000 languages, but as the politics change and deforestation accelerates, the natural barriers that once allowed so many languages to develop there in isolation are broken down. This is part of a process that has seen languages decline as biodiversity decreases. Researchers have established a correlation between changes in local environments – including the extinction of species – and the disappearance of languages spoken by communities who had inhabited them.

One in four of the world’s 7,000 languages are now threatened with extinction, and linguistic diversity is declining as fast as biodiversity. While around 21% of all mammals, 13% of birds, 15% of reptiles and 30% of amphibians are threatened, around 400 languages are thought to have become extinct in the same time.

Globalisation can also change a person’s values – sometimes for the better. E.g. in China only 25% of disabled people find employment. A year later China came top in the London 2012 Paralympic games. It helped disabled people in China gain support towards a more equal status. It also happened in the UK. Scenes of gay marriage being legalised in Ireland showed such happy celebration on news networks. Many people around the world tweeted their support for Ireland’s decision. Westernised countries are adopting more policies towards ethical and moral issues such as gay rights. However not all countries have followed suit yet.

Although globalisation has spread rapidly. Some countries are not so welcoming. There are various anti-globalisation groups such as environmental pressure groups who oppose the practice of TNCs.

Iran – Since the early 2000s, the Islamic government led a backlash against Mattel’s Barbie Doll, which were banned from toy stores when the government denounced its un-Islamic images. Since then, the government has become more liberal due to the need for international cooperation against radicalism and due to Iranian youths accessing banned media sources such as Twitter and Facebook anyway. 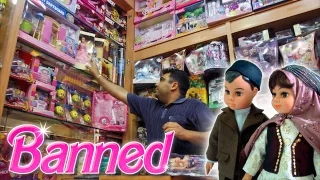 France – until the early 2000s France paved the way in rejecting globalisation. To protect French culture, the government excluded culture from its agreements on trade. It limited foreign culture (music, films, TV) that could be broadcast, and 40% had to be French with no more than 55% American film imports. However, internet downloads caused major issues with these limits. Since 2007 the French have been more accepting of globalisation due to the success of French TNC EDF Energy.

Explain how some groups react differently to globalisation and the threat of a global culture.
Your answer should include: France / Barbie / Iran / accepting / banned / Ireland / gay rights / paralympics