Influence on Flow of a River 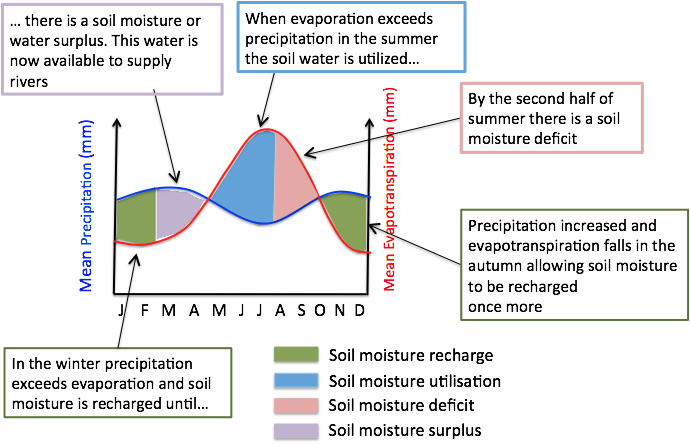 Water budgets are influenced by climate type (tropical or temperate or polar examples).

River regimes indicate the annual variation of discharge of a river and result from the impact of climate, geology and soils as shown in regimes from contrasting river basins. (Yukon, Amazon, Indus).

We can look at water budgets on any__ scale__ from the global hydrological cycle to a local drainage basin.

The water budget can either have a

positive water balance (where there is a surplus of water)

negative water balance (where there is a deficit of water)

You can calculate the annual water budget using the following equation…

Water budgets are usually presented as a graph showing change throughout the year.

Explain what a water budget is.
Your answer should include: Inputs / outputs.

Climate Types and Their Impact

Water budgets are especially useful for looking at the soil moisture.

We can use a water budget graph to predict and monitor soil moisture.

Usually, areas in similar climate zones will have a similar water budget.

The UK is an example of a temperate climate: 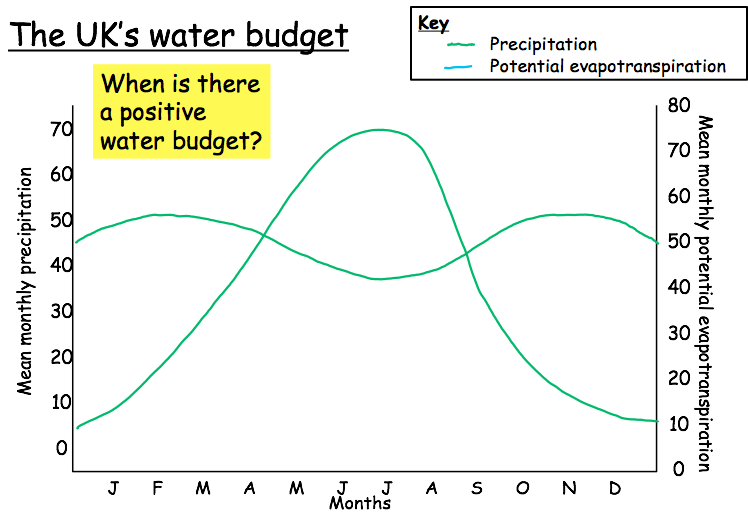 The water budget shows the annual variation in discharge of a river at a particular point.

A river’s discharge is supplied by:

River Regimes Around the World 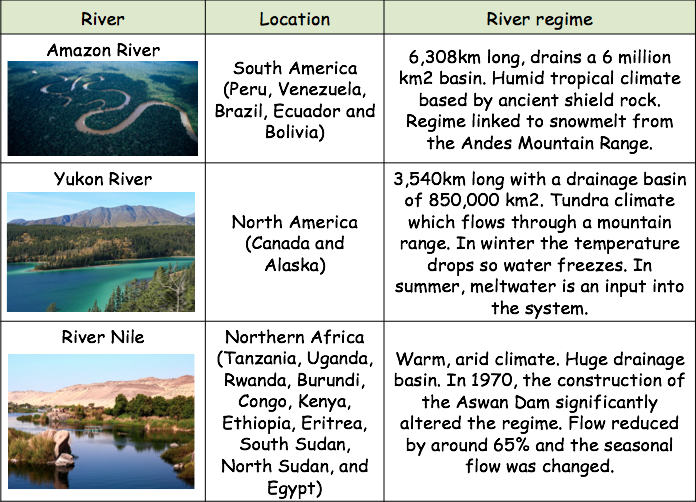 Describe differences between river regimes around the world.
Your answer should include: Snowmelt / freezing / Amazon / Yukon / Nile. 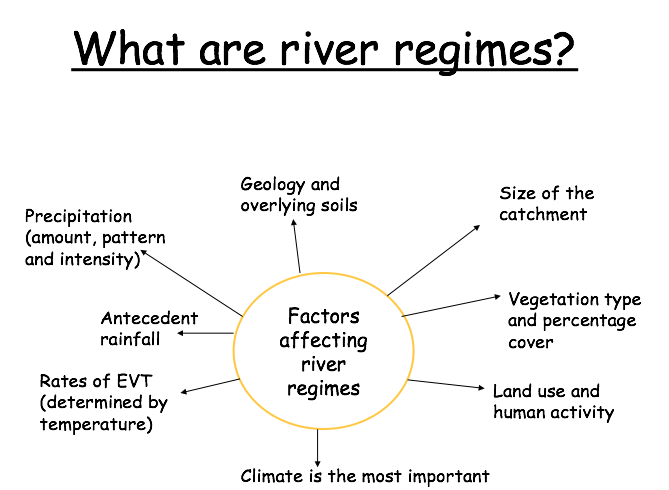 Explain the factors that influence river regimes around the world.
Your answer should include: size / land use / climate / precipitation / vegetation