It can be difficult to measure a country’s development.

Other indicators exist in composite form (several set of data).

The most common is __economic sector balance __(the % contribution of primary, secondary & tertiary sectors to GNI).

__Gross National Product - __The value of all the goods and services earned by a country including companies working abroad.

__Gross Domestic Product - __The value of all the goods and services earned by a country excluding foreign earnings.

__Per capita - __Statistics providing an average per person

__Human development Index - __Made up of life expectancy, literacy rates and infant

Physical quality of life index Made up of basic literacy rate, infant mortality, and life expectancy

__Purchasing Power Parity (PPP) __- The average earnings related to local prices and what spending power they will buy. Reflects the local cost of living 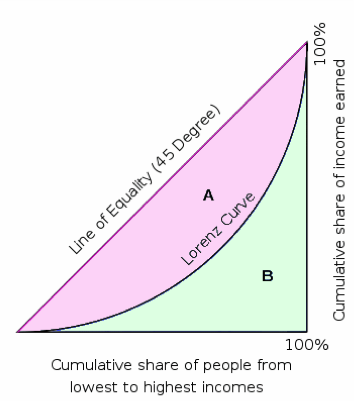 •The Gini coefficient is a measure of the degree of inequality in a society.

It gives you a nice neat number to measure income inequality within a country.

•This can then be used to compare between countries and over time.

•It is based on a ratio of areas from the Lorenz curve (the inequality area: the area it should be)

•The Gini coefficient is just the Gini index divided by 100 (so between 0 and 1).

The poorer countries - such as Botswana, have a higher Gini Coefficient meaning they have a more unequal society.

Notice that China has a score of 0.55, making it a very unequal country within its borders. 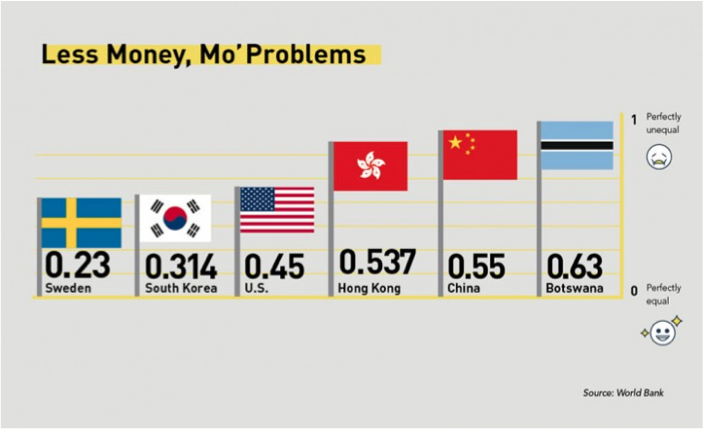 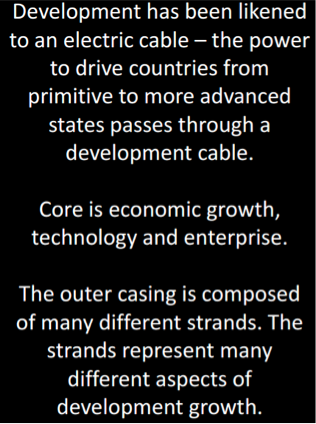 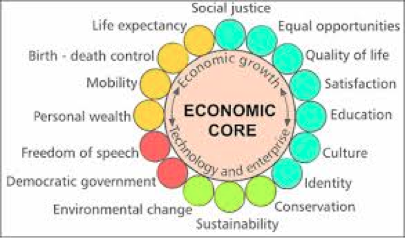 This video shows the trends in development over the past 200 years, for 200 countries.

•The overall size of the global economy (the pie) has increased but the shares of growth (slices) are not equal.

Are LDCs catching up with MDCs?

•Rapid development __of many LDCs through trade and __specialisation – e.g. China and India

•This has quickly boosted employment and incomes

•__Monopsony power __of MDCs can still drive prices right down for many LDC nations keeping them poor and preventing a decent boost to AD or multiplier etc.

The treatment of women is a good indicator of development.

Staying in school/university opens up more opportunities for women

The link between __development and the environment __is well established.