Structure of the Earth

The Earth is often shown as being divided into seven major plates. In fact there are over 50 plates moving at different rates and in different directions. All plates are in motion (5-10cm/yr), but some move faster than others (up to 18cm/yr). 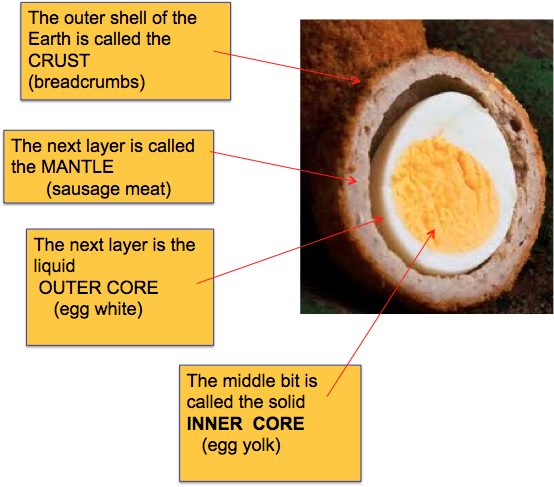 The Earth is sphere (as is the scotch egg!) with a diameter of about 12,700Kilometres. As we go deeper and deeper into the earth the temperature and pressure rises.

The crust is very thin (average 20Km). This does not sound very thin but if you were to imagine the Earth as a football, the crust would be about ½millimetre thick. The thinnest parts are under the oceans (OCEANIC CRUST) and go to a depth of roughly 10 kilometres. The thickest parts are the continents (CONTINENTAL CRUST) which extend down to 35 kilometres on average. The continental crust in the Himalayas is some 75 kilometres deep.

The mantle is the layer beneath the crust which extends about half way to the centre. It’s made of solid rock and behaves like an extremely viscous liquid - (This is the tricky bit… the mantle is a solid which flows????) 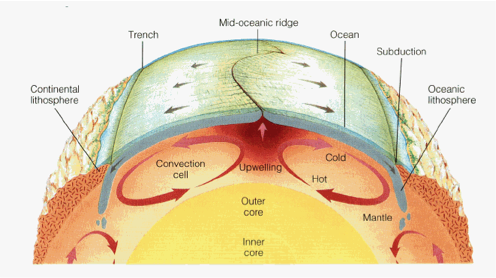 The outer core is the layer beneath the mantle. It is made of liquid iron and nickel. Complex convection currents give rise to a dynamo effect which is responsible for the Earth’s magnetic field.

The inner core is the bit in the middle!. It is made of solid iron and nickel. Temperatures in the core are thought to be in the region of 5000-6000°c and it’s solid due to the massive pressure.

German scientist Alfred Wegener formed this idea of Continental Drift. He argued that today’s continents once formed a single landmass, which he named Pangaea(Greek for “all land”). It broke into pieces due to the weaknesses in the earth’s crust as they were made up of less dense materials, which drifted centimeter by centimeter over millions of years until they arrived at where they are now. 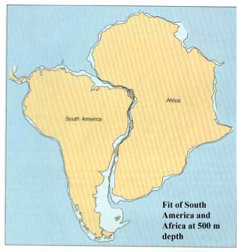 Although there was convincing evidence for Wegener’s theory of continental drift, sceptics were quick to point out that there was no explanation of the mechanism by which continents could move over an obviously solid early.

In 1948 a survey of the Atlantic Ocean revealed a continuous ridge running north to south (The mid-atlantic ridge).

What evidence do we have? 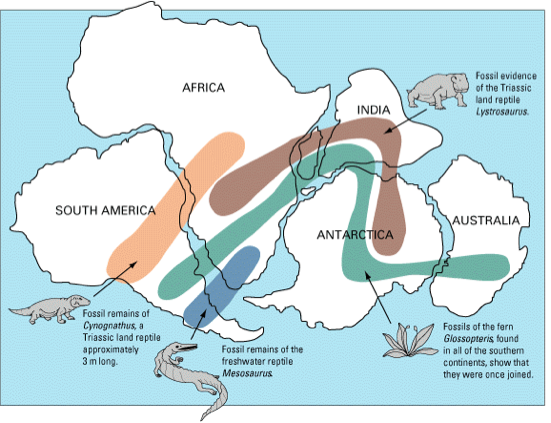 The rearrangement and displacement of huge landmasses has helped create the diversity which we see present in modern day animals. Without these effects, the life present on earth today would have been very different. The earth is filled with so many different types of creatures. 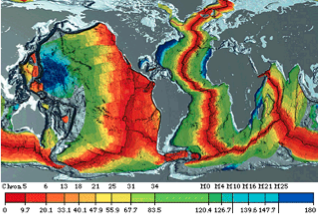 Magnetic surveys of the ocean floors during the 1950’s showed regular patterns of palaeomagnetic striping about the ridges.

When lava erupts magnetic domains within iron-rich minerals in the lava are aligned with the magnetic field of the Earth. 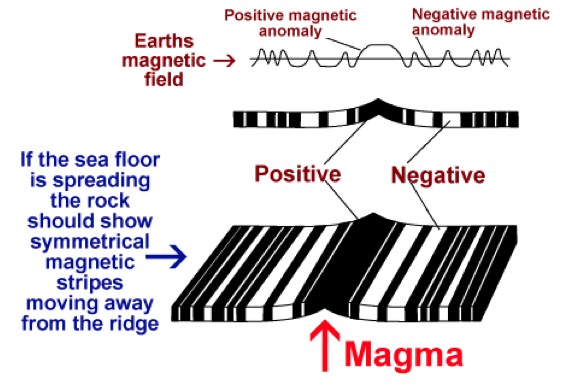 This is fixed as the lava cools.

Very little ocean floor is older than 125 million years, as shown by the blue areas. Almost all of it has been subducted, carried down into the mantle and recycled. 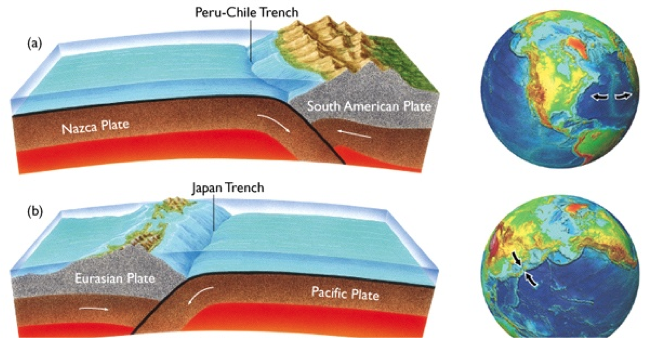