The global hydrological cycle is a closed system made up of a series of processes.

The relative importance and size (percentage contribution) of the water stores annually fluxes between atmosphere, ocean and land.

The global water budget limits water available for human use and water stores have different __residence times __(time spent in that store); some stores are non-renewable. 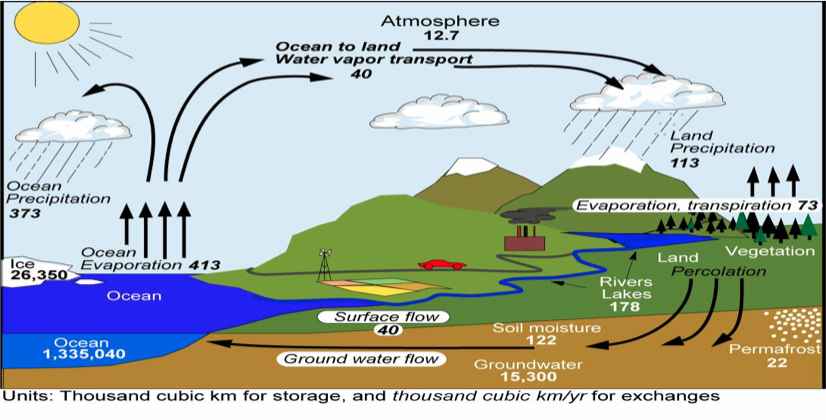 Explain how the hydrological system is a closed system.
Your answer should include: Never changes / processes. 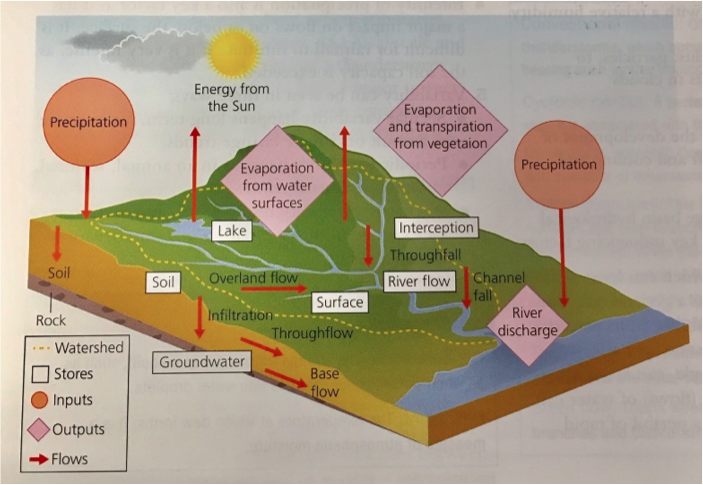 Describe the inputs outputs and processes in the system.
Your answer should include: Precipitation / evaporation.

It is driven by SOLAR ENERGY.

GRAVITATIONAL POTENTIAL ENERGY turns into kinetic energy to allow the water to move on the SURFACE.

The ITCZ (InterTropic Convergence Zone) is when intense solar radiation fuels the convection of warm humid air, resulting in condensation and precipitation (convectional precipitation). Known by sailors as the doldrums, it is the area encircling the earth near the equator where the northeast and southeast trade winds come together.

Explain how water stores change over time.
Your answer should include: Seasons / ice age / freshwater / cryosphere.

This is the balance between the inputs and outputs of the global hydrological system. 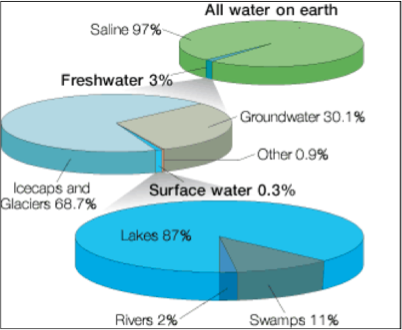 In the last I__ce Age__ more water was in solid form, meaning sea levels were over __140 __metres lower than they are today.

Blue water: water stored in lakes, rivers, streams and groundwater in liquid form (the visible part of the hydrological cycle).

Green water: water stored in the soil and vegetation, (the invisible part of the hydrological cycle). 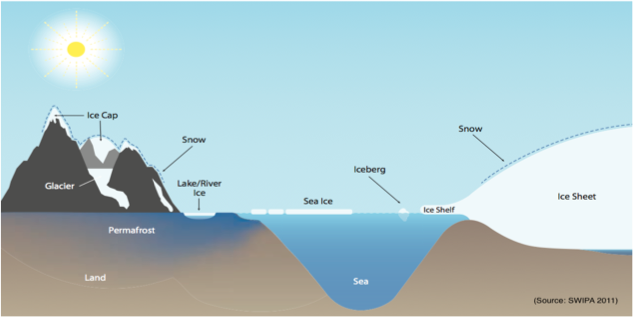 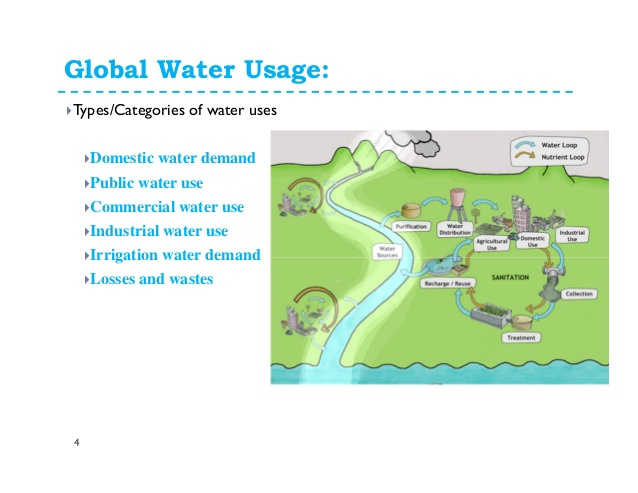