Deficits in human water security are mainly caused by:

These can be linked with wider geographical processes.

Explain how humans have an impact on the hydrological cycle.
Your answer should include: pollution / over-abstraction

How human ‘stresses’ are impacting on human water security across the world’s rivers.

Red areas __are the __worst affected

Blue areas are the__ least__ affected 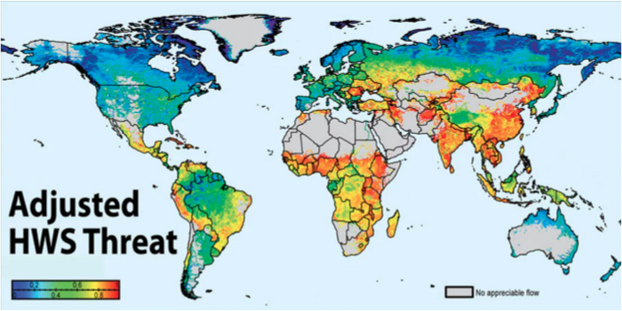 Water security is very important going on in the future as certain areas are experiencing higher levels of drought and water insecurity.

Places such as Cape Town have had to implement water security laws to reduce over consumption.

Impacts on Environment in Different Locations

Drought in the Sahel Region of Africa

The Sahel region of Africa lies to the immediate south of the Sahara desert, it encompasses 10 countries which are demographically different but all face recurrent and increasingly serious drought.

The Sahel region has high variability of rainfall.

Under ‘normal’ conditions the mean annual rainfall varies from 100mm on the northern edge, to 800mm along the southern margins.

From year to year there is a huge variability which is often attributed to ENSO cycles. 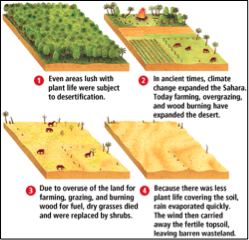 Human factors do not cause drought but act like a positive feedback loop, enhancing the impacts of drought in the Sahel. During the__ 1999-2000__ Ethiopian- Eritrean drought about 10 million people needed food assistance.

Socio-economic conditions associated with environmental degradation from overgrazing, deforestation for fuelwood, as well as high levels of rural poverty exacerbated the impacts of drought.

The region is undergoing a processes of desertification (see fig.1) whereby semi-arid regions are over cultivated, meaning vegetation dried and the land becomes more exposed to erosion.

Agriculture in the Sahel is exclusively rain-fed making it very vulnerable to drought. Political instability in the region meant food aid was blocked.

Droughts are a regular occurrence in Australia-

Australians have come to expect drought as a way of life.

This regular cycle is also punctuated by occasional droughts of greater severity, such as the Big Dry. 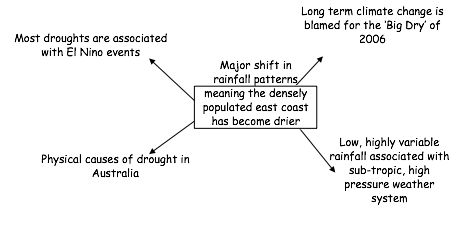 In 2006, a 1-in-1000-year drought event had nationwide effects which commenced in the Murray-Darling basin –Australia’s agricultural heartland- in Australia’s south east.

The impacts on Australia’s food supply was disastrous as farmers rely on water to irrigate crops and feed livestock.

Normally, the country would hope to harvest about 25m tonnes of wheat annually- in 2006 the crop yielded less than 10m tonnes.

Reservoirs fell to around 40% of their capacity despite advanced water supply schemes which are designed to withstand hydrological drought.

Australia has the world’s highest per capita water consumption therefore urban centres -such as Adelaide which draws 40% of it’s drinking water from the Murray River- experienced significant shortages.

New schemes to meet water supply are being developed with include costly desalination plants, recycling of grey water (the relatively clean waste water from baths) and more widespread strategies for conservation.

Compare the causes of drought in the Sahel region and Australia.

Wetlands are areas where water covers the soil (or near the surface of the soil) all year. 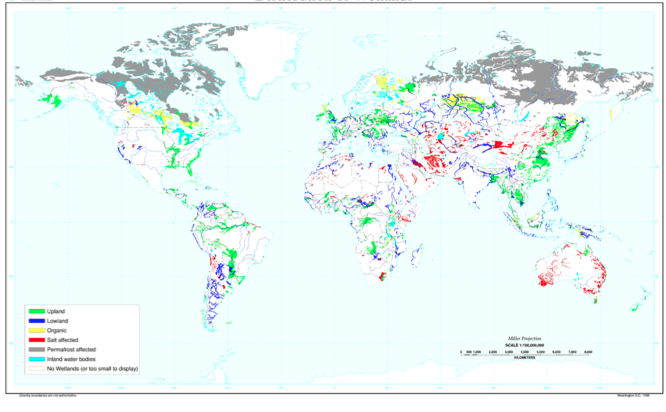 Hydrophytes colonise the area and nutrient rich soil is created.

Wetlands vary widely because of r__egional and local difference__s in:

Act as a sponge to trap flood water and distribute it across the floodplain.

2.5 million square kilometres of wetland has been destroyed intentionally. 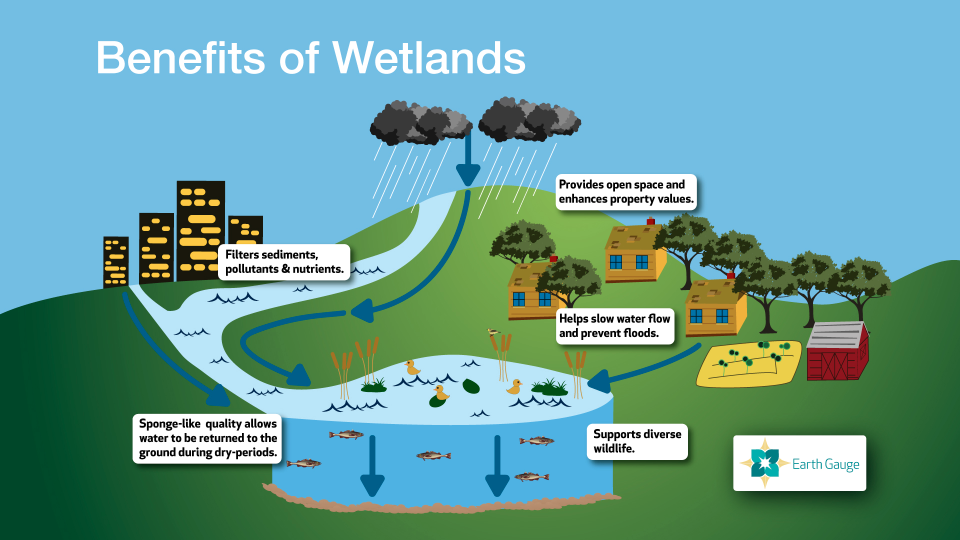 Explain the impacts of drought on important ecosystems
Your answer should include: Wetlands / fragile / important. 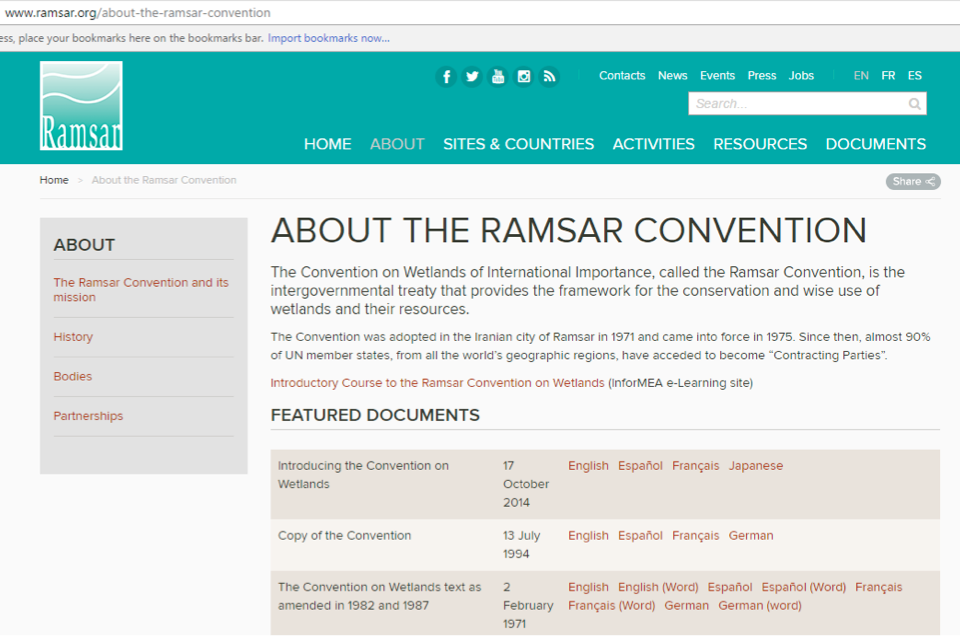 RAMSAR is an international convention to protect wetlands, due to their importance.