These are the direct effects of the volcano erupting 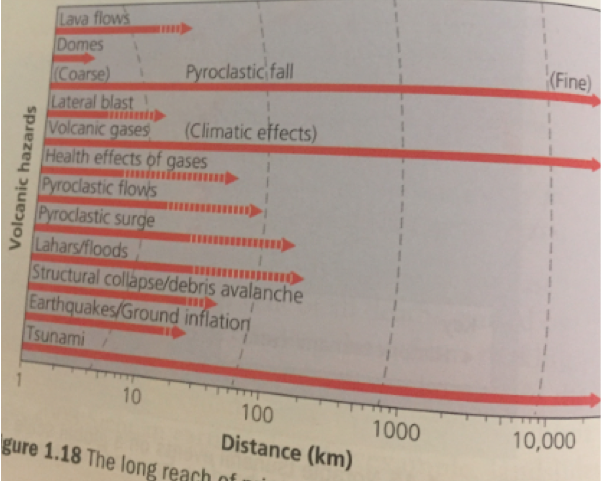 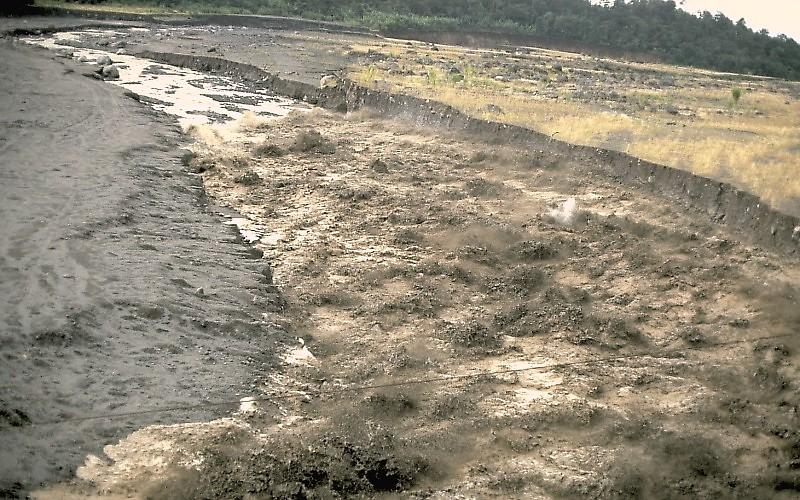 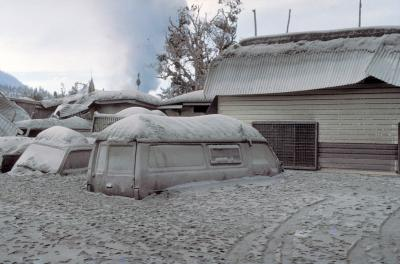 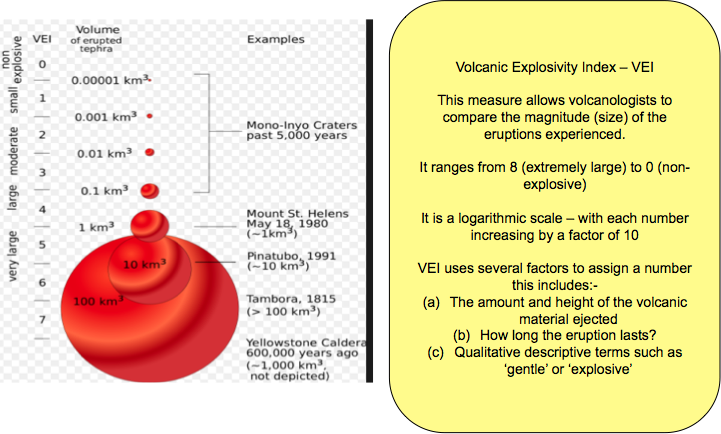 While volcanoes can be monitored, these predictions are not 100% accurate which leads to a heavy investment into technology to monitor them. 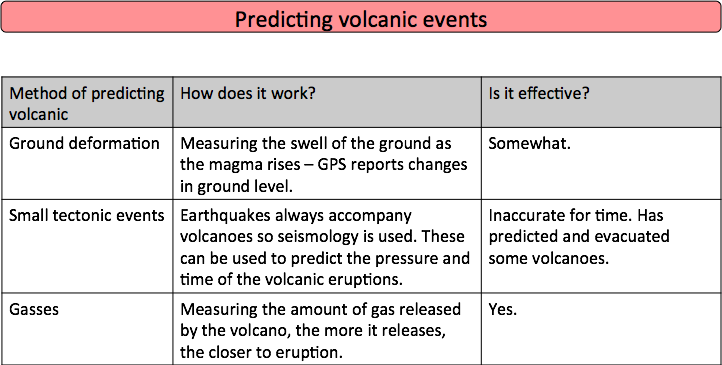 These are a knock on effect of the volcano erupting. 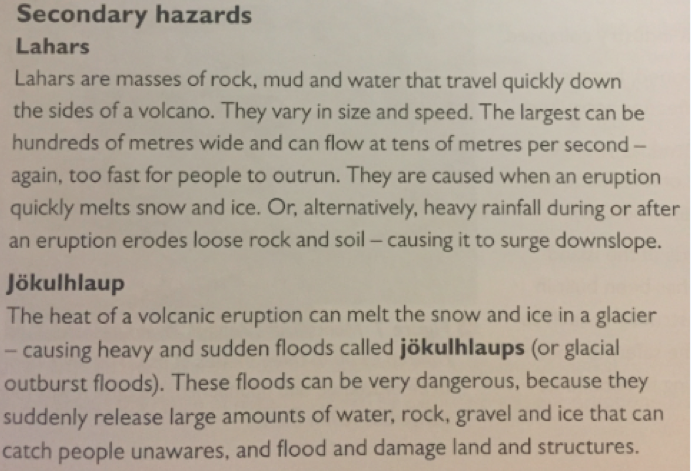 The plates are moving apart at a rate of 1cm to 5 cm per year. This has created a chain of volcanoes along the SE Rift zone of Iceland, which runs from NE to SW across Iceland, even passing underneath some of the countries Ice caps. Eyjafjallajokull is a composite volcano. The major problem with this volcano was volcanic ash and the ash plume that resulted from the eruption. This ash plume reached 11,000m into the air, high enough to reach into the Stratosphere and also to be distributed by high velocity jet streams between the Troposphere and the Stratosphere. 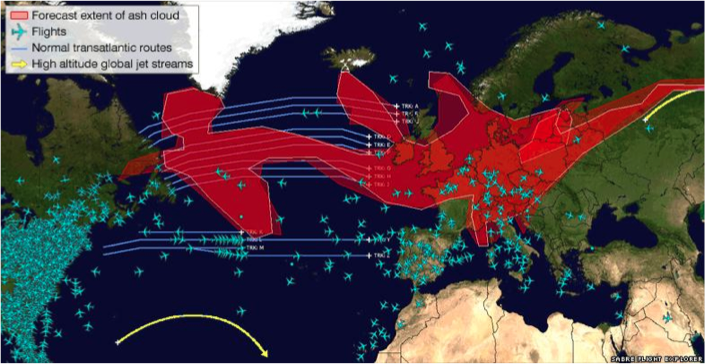 This fine grained ash poses a problem to airplanes, as it can affect many systems when it enters the engines and even turn to a glassy substance because of the heat of the jet engine. 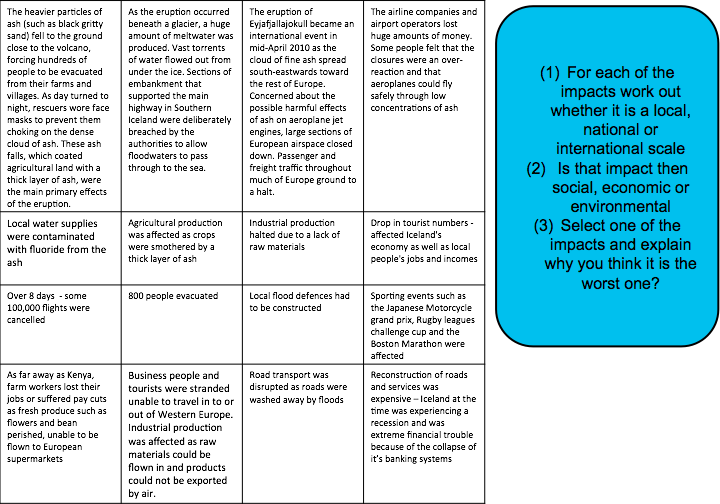 Britain had fine anticyclonic weather for a lot of the time that the Ash cloud existed. This was a problem because winds would have dispersed the cloud better.

Impacts are detailed in the table.