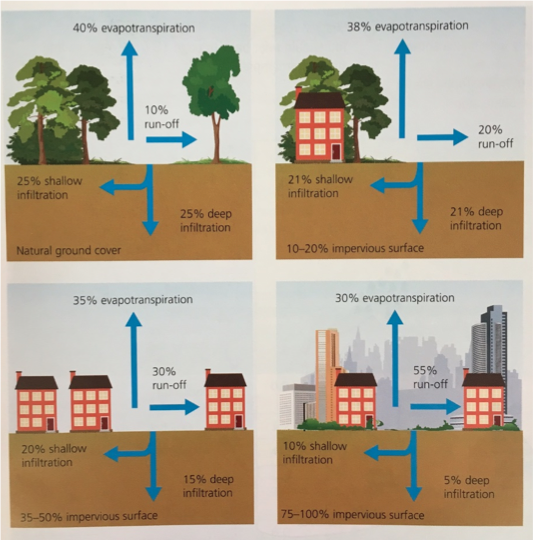 A storm hydrograph shows variation in a river’s discharge (or channel flow) within a short period of time. It only focuses on discharge during a storm event.

Before a storm the river’s main source of water is groundwater.

Rising limb on the graph -

Following a period of extreme input (precipitation) into the drainage basin the discharge increases.

Additional input puts the river into storm flow. This input comes from infiltration, throughflow and run-off.

If the discharge breaches the channel capacity a stage called bankfull is reached.

Following peak discharge the cumecs of water in the river decreases. 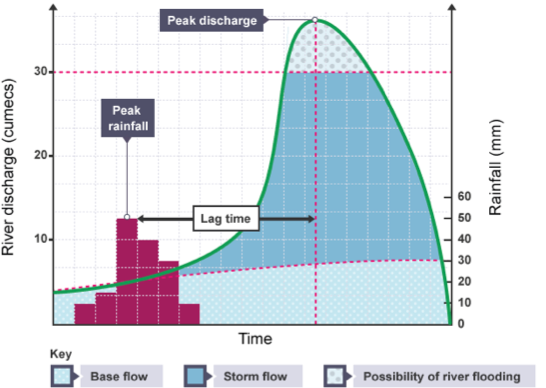 Name the key features of a storm hydrograph.
Your answer should include: Lag time / peak discharge / discharge / base flow / storm flow .

Water takes longer to reach the trunk stream in a large, round basin than in does in a small, narrow one. 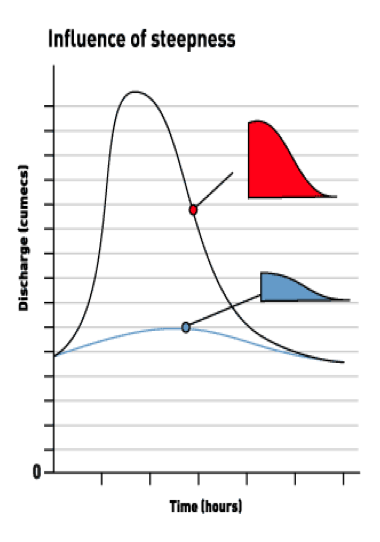 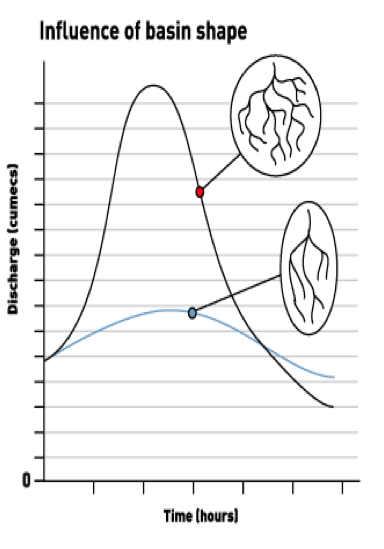 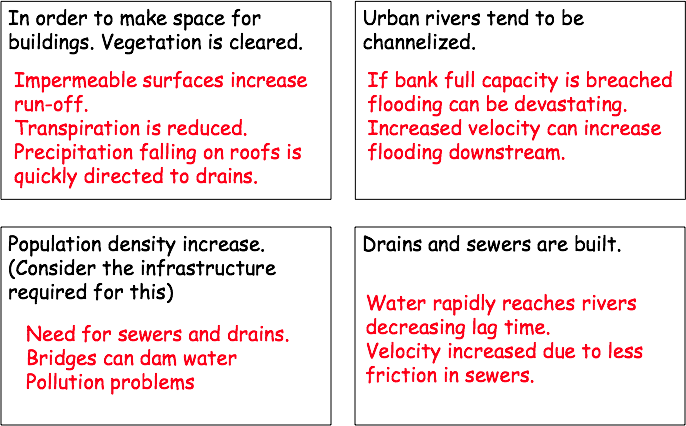 Similarly to the coastal strategy of SMPs (link to coasts) catchments are starting to be managed as a whole by:

What factors influence the shape of a hydrograph?
Your answer should include: Size / shape / steep / rock types / soil types / vegetation / urban / precipitation / saturated.

More circular = shorter lag times and higher peak discharge because water has shorter distance to travel than long and thin.

impermeable surface runoff will be higher, throughflow and infiltration will also be reduced meaning a reduction in lag time and an increase in peak discharge.

Large numbers of impermeable surfaces in urban areas encourages run off into gutters and drains carrying water quickly to the nearest river.

Rainwater enters the river quicker, reducing lag times, as surface runoff is faster than baseflow or through flow. 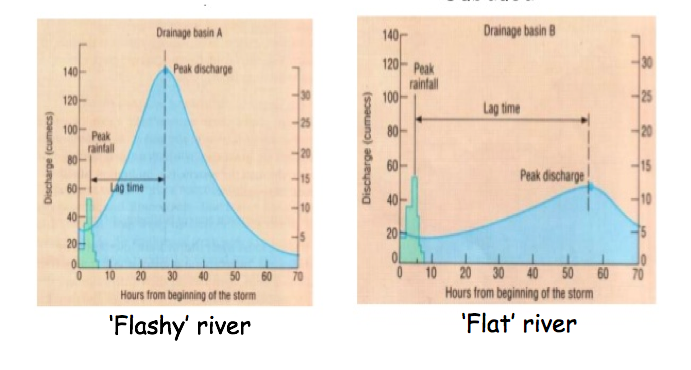 Examine why urbanisation is so important in influencing flooding and storm hydrographs.
Your answer should include: Impermeable surfaces / population density / sewers / lag time.