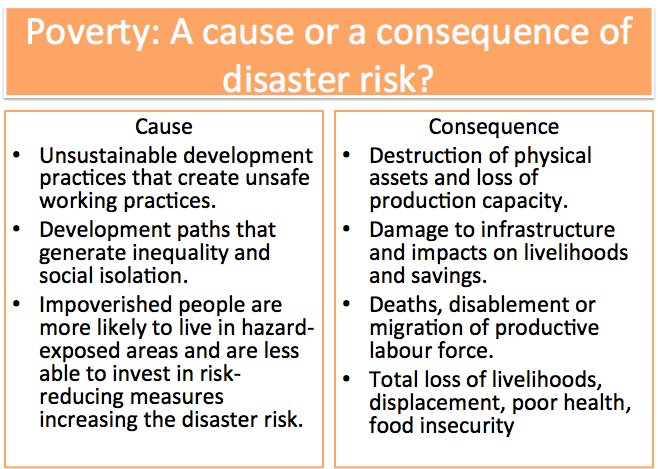 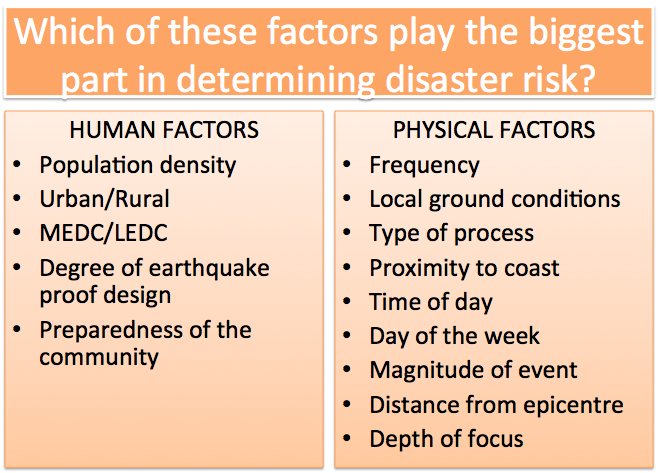 What were the ‘root causes’ of the PAR model and how are they relevant?

People and communities in developing and recently emerging countries have access to insecure resources and livelihoods.

People lose confidence in their own local knowledge and rely more on government help which may not work as well for them and their families. Some people have little ‘voice’ so they are less likely to benefit from services or preventative measures – marginalisation?

The richest 2% of the world’s adult population now own over 50% of global wealth.

Socio-economic inequality is likely to continue to increase and with it, so will disaster risk. This will especially be the case for for countries, communities and households that have only limited opportunities to manage their risks and strengthen their resilience.

Impoverished people are more likely to live in hazard-exposed areas and are less able to invest in risk-reducing measures. The lack of access to insurance and social protection means that people in poverty are often forced to use their already limited assets to reduce disaster losses, which drives them into further poverty. 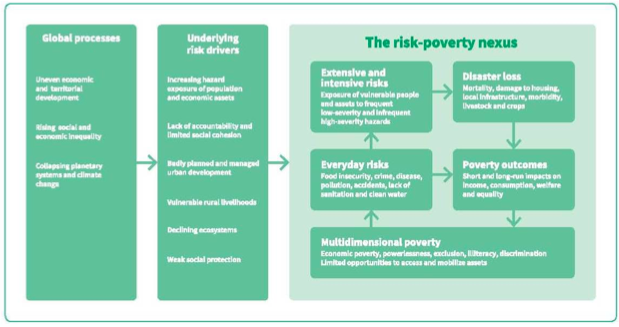 While absolute losses tend to be higher amongst wealthier groups, the relative impact of disasters on low-income households is far greater.

However, because the poorest households had so little to start with, the impact of their losses was more severe. The poorest group lost nearly 18% of their pre-Mitch asset value and 40% of their total crop value, compared to just 3% and 25% respectively for the wealthiest group (UNISDR, 2009b). 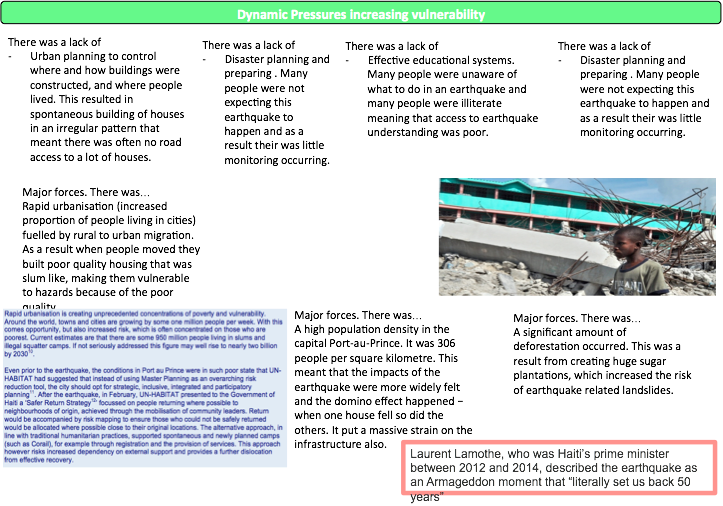 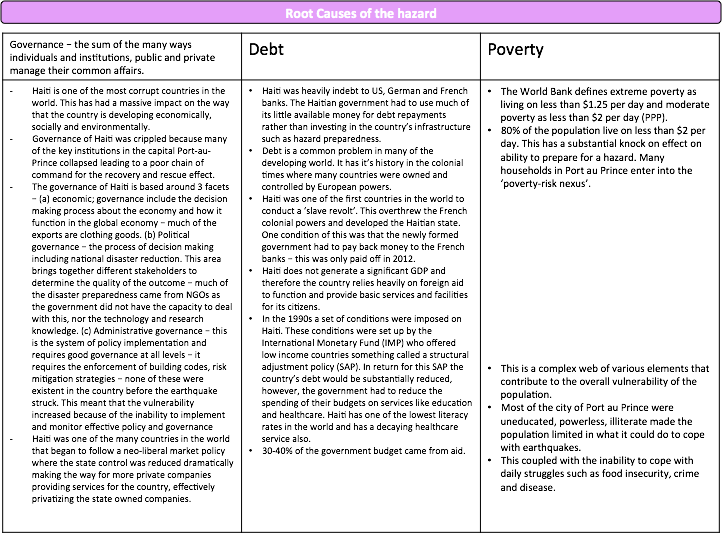