The topic of market failure in society has been covered before in 1.5 and is therefore a revision topic that can be 100% student-led.

Public goods are those that are non-exclusive and non-rivalry, thus will not be provided by the private sector and the government must step in. E.g. street lighting, zebra crossings and park benches! They are open to the ‘free-rider problem’ where those who do not pay tax as they are not economically active still avail of these goods.

Merit goods are those goods which have a positive impact on society (positive externalities) but are underproduced by the private sector thus the government must step-in – e.g. NHS and education.

__Imperfect/asymmetric information - __Information failure occurs when people have inaccurate, incomplete, uncertain or misunderstood data and so make potentially ‘wrong’ choices. Put simply, asymmetric information is when the seller knows more than the buyer and exploits them. The classical example is second-hand cars – they could be selling you a lemon!

Positive and negative externalities in diagrams 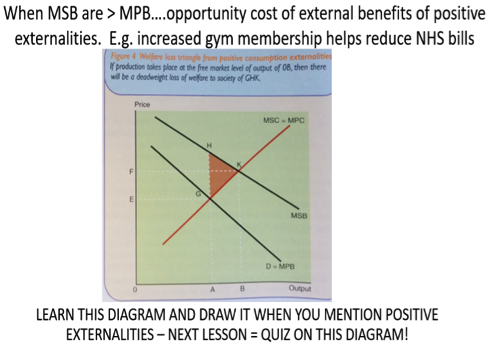 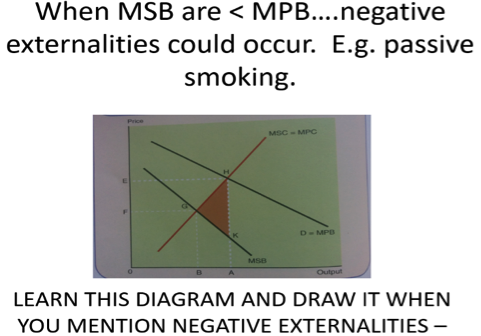 It is also impossible to quantify the external costs of business’/governments’ carbon footprint. We do not know how much damage they are causing/going to cause. The carbon footprint of air travel is on the up, as is aviation tax (gov intervention – indirect taxation to reduce market failure the negative externalities of air travel).

Sea levels are rising and coastal land will be flooded more frequently. New technologies can help deal with the problem, but the external cost to society will still be there in some form. Also, in an uncertain world, it is hard to successfully anticipate developments and pre-empt problems. Responses to environmental change are often left until there is a major problem (e.g. The Zika virus crisis of 2016 - Zika was first discovered in 1947!), where earlier action could have been preferable. Is this how we’ll feel about global warming in the future? 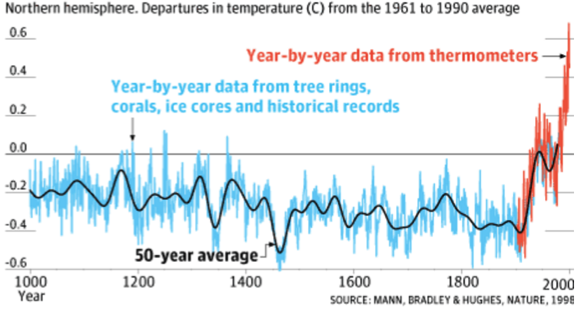 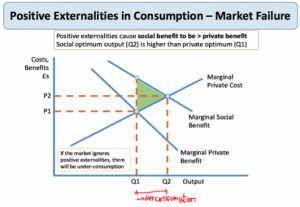 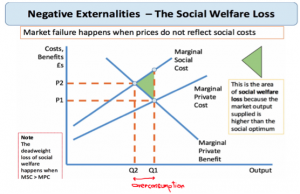