Launched 14 years ago, Innocent is the UK and Europe’s number one smoothie brand.

The company has grown from three to 250 people who work across Europe (with products available in 15 different countries).

We strive to do business in a more enlightened way, where we take responsibility for the impact of our business on society and the environment, aiming to move these impacts from negative to neutral or (better still) positive. As of 2006, we are proud to say that all our bananas come from Rainforest Alliance accredited farms. We donate 10% of profits to charity, mainly to the innocent foundation, which funds NGOs in the countries where fruit is sourced.

Fruit is at the heart of our business. Without great fruit, we’re nothing. So we take it pretty seriously. Our fruit comes from all over the world, from thousands of different farms of all types and sizes – large plantations, co-operative groups, tiny family farms and even from the Amazon rainforest. Not only do we want our fruit to taste great, we also want to make sure we buy it from suppliers who look after both their workers and the environment.

Of course, we can’t promise our suppliers are perfect. We’re certainly not perfect, so we can’t expect them to be either. But we do ask that they abide by fair, minimum standards, and work to improve their social and environmental performance year-on-year.

The marketing campaign celebrates the ‘Chain of Good’ that begins with an Innocent drink and aims to highlight the charitable donations it makes and how that money helps people around the world. A 60-second advertisement tells the story of Joseph, a boy whose family was helped directly by Innocent’s partnership with international development charity Send a Cow. The marketing push comes on the back of a year which saw Innocent’s business grow 7.4%.

QUESTION: Assess the likely impact on local communities and consumers of continued success of Innocent (12 marks)

Structure = 2 vs 2 plus justified judgement

However points – Communities; Impact depends on % of sales given to the donations from the sales of drinks. Consumers; as Innocent is successful and grows it might be difficult to maintain its ethics, as the recent Coke takeover brings to light

__Exam Tip: ____Bring in real-life knowledge beyond the case study 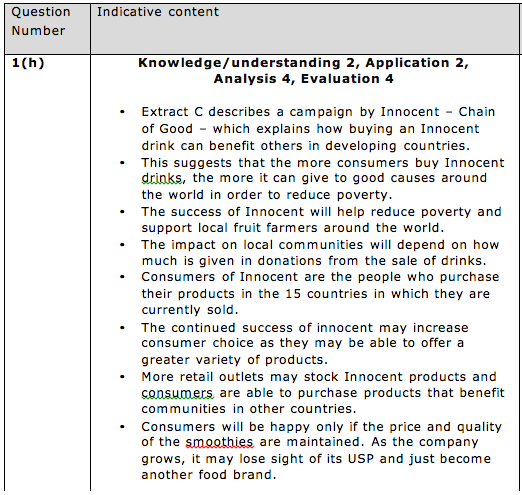 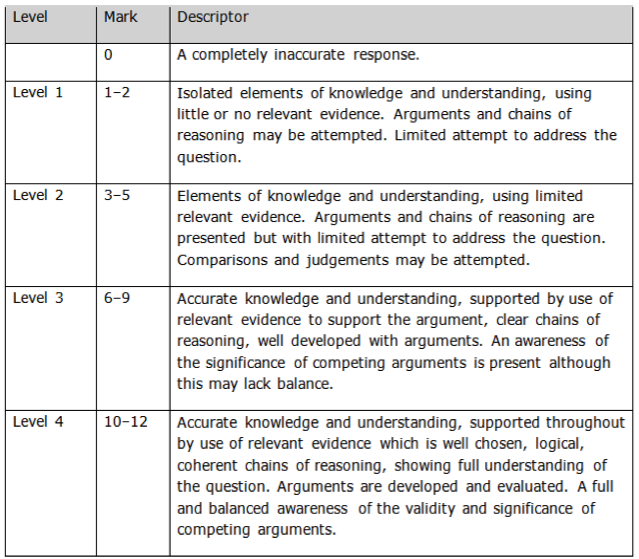 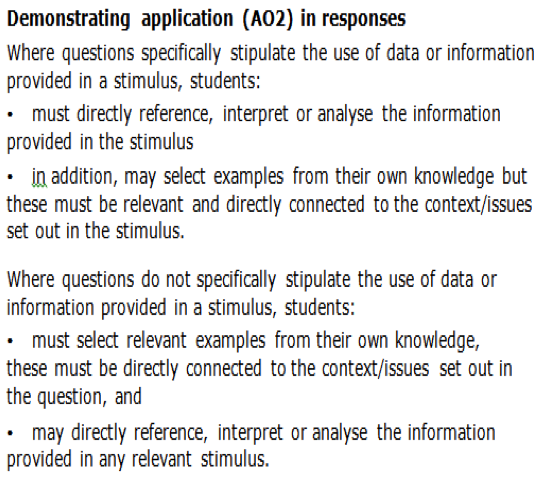 Can MNCs be controlled?

Key Concepts: Political influence, governments/newspapers can lobby businesses to change – e.g. the UK government recently got Google to pay some of its tax bill!

Legal controls: Regulations and legislation to force MNCs to behave, e.g. Living wage legislation and crackdowns on those who didn’t pay it, such as Argos.

Pressure groups: are independent third parties which try to force MNCs to do the right thing, e.g. Greenpeace and BP’s artic plans.

Social media: Facebook/Twitter enables us to live in an information age and encourages consumer sovereignty, thus these faceless organisations have a face and are brought into the limelight – e.g. Primark had a negative backlash online after the Bangladeshi factory collapse in 2013.

Self-regulation: CSR programmes are prominent in the modern business word, but do we truly trust businesses to regulate themselves? E.g. Primark is signed up to the ETI (Ethical Trading Initiative) for an ethical supply-chain!

A Getting Started Guide summary:

“Students need to be aware of the various ways in which the activities of MNCs might be regulated, influenced or controlled. They should explore how effective these factors might be and what will make them more or less effective depending on the situation. For example, the US or China is likely to have much greater influence over MNCs than Mozambique or Ethiopia. Developing nations may be reluctant to confront powerful MNCs that can bring much needed FDI. Legal systems are more likely to be robust in developed nations and public opinion is likely to be more influential over businesses that sell directly to the public, rather than over a mining business.

There have been many attempts to encourage self-regulation, either from within the industry itself or by outside bodies. Examples include OECD Guidelines on Multinational Enterprises, UNCTAD’s Set of Multilaterally Agreed Equitable Principles and Rules for the Control of Restrictive Business Practices, and the UN’s Global Compact. Students are not required to know the details of these agreements but they should be able to assess the merits or limitations of self-regulation.” 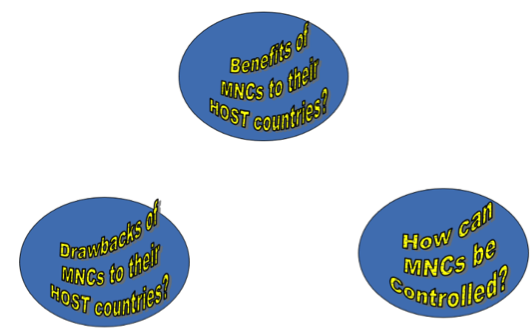