In theory, the exchange rate will have an impact on the current account. If there is a depreciation in the exchange rate. Then that particular country will experience a fall in the foreign price of its exports. It will appear more competitive and therefore there will be a rise in the quantity of exports.

Depreciation can cause imports to become more expensive and cause a higher domestic demand.

But, if demand for exports and imports is relatively elastic and there is some spare capacity in the economy, then there should be an increase in economic growth.

One way that depreciation may help businesses is by rising the price of imports, because suppliers in the domestic market might be struggling to compete with imports. Depreciation will make a market more competitive and the output will rise, leading to more labour being needed.

An increase in competition and productivity after depreciation increases demand for exports. This leads to an injection into the circular flow which will result in increase in aggregate demand, increased investment, more jobs and higher incomes. This in the long term would decrease unemployment and strengthen the exchange rate.

If there is high levels of unemployment then there might be delays in increasing interest rates. Interest rates are important for short term exchange rates because if it is higher than in any other countries then it will attract investors to keep there money in the country which will increase demand for sterling and therefore its value.

A depreciation means the currency buys less foreign exchange, therefore, imports are more expensive and exports are cheaper. Therefore, we get:

‘Research and Evaluate the possible effects on the US imposing tariffs on steel imports’ (20 marks).

KEYWORDS = Structure = Def key term, 2 vs 2 with PEE in every paragraph then a justified judgement.

Potential agreeing points = protectionism, protect local steel worker jobs and keep U/E down. Retaliation – Chinese were dumping cheap steel into the US markets and distorting it. Thus impostion of tariffs is permitted under WTO rules.

Potential however points = it puts the price up for importers, which will be passed onto customers – imported inflation! Risk escalating a trade war with the Chinese who might put further tariffs on American exports into China as retaliation.

STANDARD MARK SCHEME FOR A 20 MARKER CAN BE FOUND BELOW – MAKE A NOTE OF WHAT SKILLS YOU REQUIRE TO GET INTO LEVEL 4, STRUCTURE AND EXAM TECHNIQUE IS EVERYTHING. 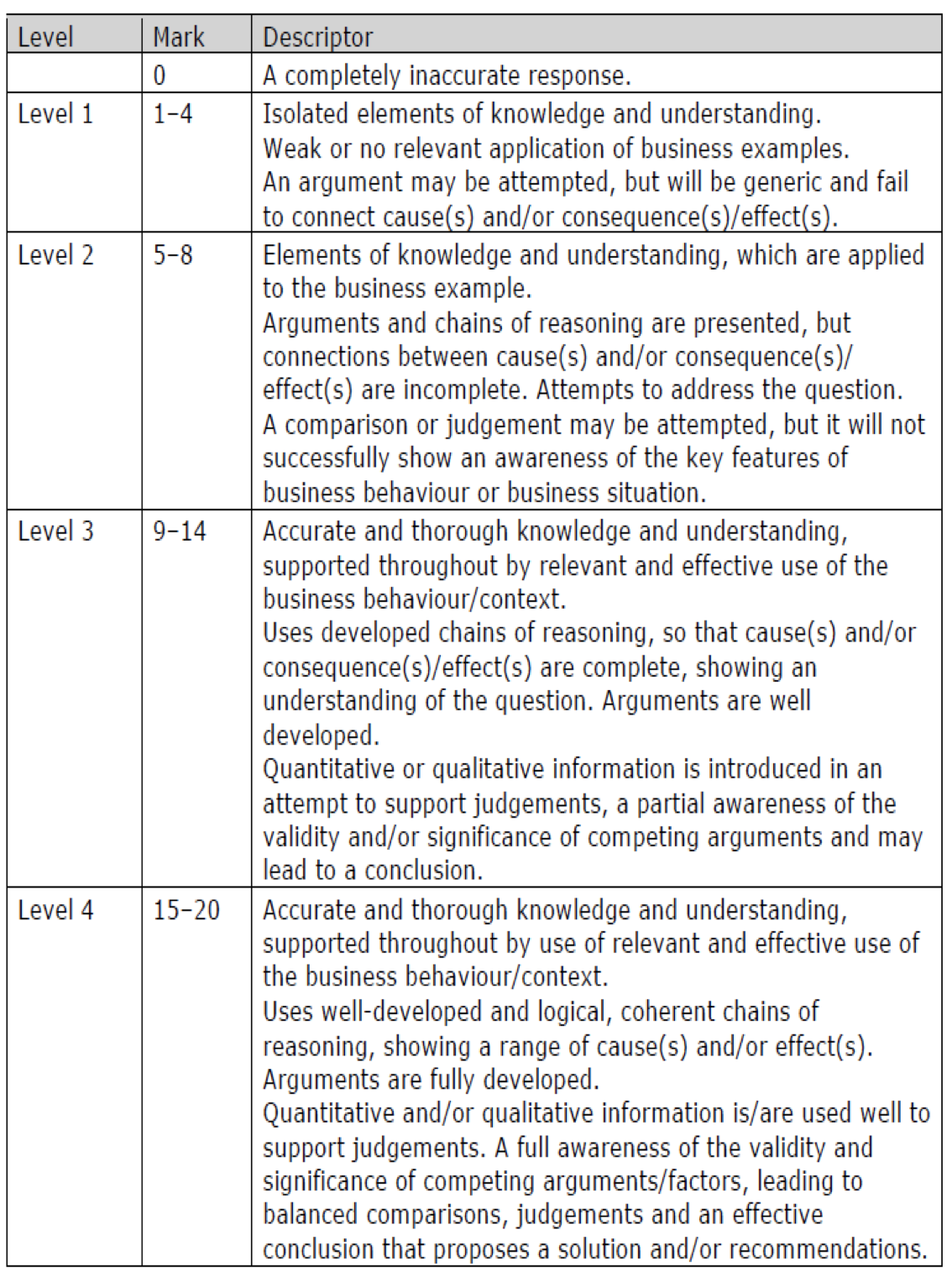 FDI is an investment in the from a business to another country that is worth investing in such as cheaper labour.

Reflection Time: How does the ‘Eurozone crisis’ affect the value of the Euro and thus the Eurozone economies and due to interdependence those non-Eurozone nations as well such as the UK? Look up some current affairs - What is happening with the Greek Economy today? And therefore the Euro?