What made globalisation possible?

The UK has always imported inputs – it was never naturally rich in natural resources, even at the time of the industrial revolution when it was the biggest economy in the world! Lots of RM came from colonies, and many colonies provided markets for goods that were made in the UK. 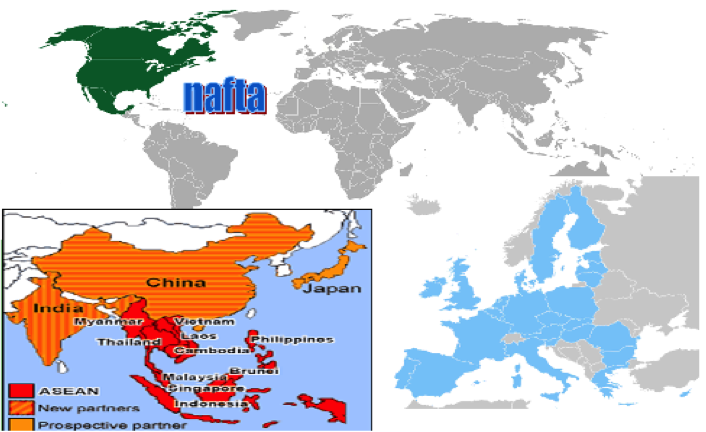 __Globalisation __describes an ongoing process by which regional economies, societies and cultures have become integrated through a global-spanning network of communication and trade.

There is a close relationship between the level of communication and the degree of globalisation. Technological advancements have made it much easier to organise and co-ordinate business. Telecommunications costshavefallen rapidly in recent years, thus encouraging trade. Video conferencing, mobile phones, computers, broadband, fibre optics, the internet as a whole…..they all encourage and facilitate globalisation!

Advances in transport and air travel have made it easier and less costly to import/export on a world level.

The simple shipping container evolved from a labour-intensive loading and unloading process, into a capital-intensive dockyards. This changed the shape of the world’s economy (along with the Suez Canal cutting the distance from west to east in half!). It suddenly became viable to move many more goods over greater distances than before, as shipping costs were reduced considerably. Thus manufacturers can truly choose the cheapest location for making a product (considering wages and exchange rates).

Air freight prices have fallen enough for some perishable products to be exported (e.g. your oranges probably come from sunny California!). Speed reduces the amount of time for which transport must be financed – it also helps close the time gap between production and final sale (vital for perishable products). Finally computerised data handling made it easier and cheaper to keep track of goods in transit.

Together, the prior 4 points have led to vastly increased opportunities for trade in general. Shop retailers can source products from all over the world and exporters can realistically reach far wider markets. Producing in the lowest cost location means that competition has increased and prices have fallen. Outsourcing (sending production to a third party, often overseas in order to cut costs, particularly labour costs) has cut the cost of a huge range of manufactured products as businesses can use the cheapest suitable labour (e.g. Dyson outsourced the manufacturing of his Dyson vacuums from Wolverhampton to Malaysia!). This is the story of globalisation – new export possibilities and cheaper imports.

This has led to the rise in MNCs (multinational corporations), which have acquired immense power in the world economy. Some have sales revenue higher than the GDP of many countries, particularly oil/gas companies (e.g. Royal Dutch Shell has a turnover greater than the GDP of Belgium!). The increase in number of MNCs will only further develop the concept of globalisation and a global economy.

In the past, many governments discouraged or prevented international capital flows. The belief that finance for investment that was lent abroad was lost to the domestic economy. But as it became clearer that freer trade fostered faster economic growth, governments relaxed their regulations and restrictions. FOREIGN DIRECT INVESTMENT (FDI)is when a foreign business invests in an economy. There are risks with FDI (sudden withdrawal, exploitation, etc) but there are clear benefits too – creating jobs and profit/tax revenues.

Capital mobility does make economies more interdependent. A financial crisis in one country is likely to cause problems in other economies (e.g. Greece and the EU!), although prudent government policies can help reduce this risk (e.g. German politician’s resistance to further Greek bailouts).

International capital flows – large sums of money that are moved from one economy to another. These include FDI and the activities of wealthy individuals and businesses that move bank deposits around or buy shares in foreign business in order to get higher interest rates or dividends; e.g. foreign investors in the London Property market. 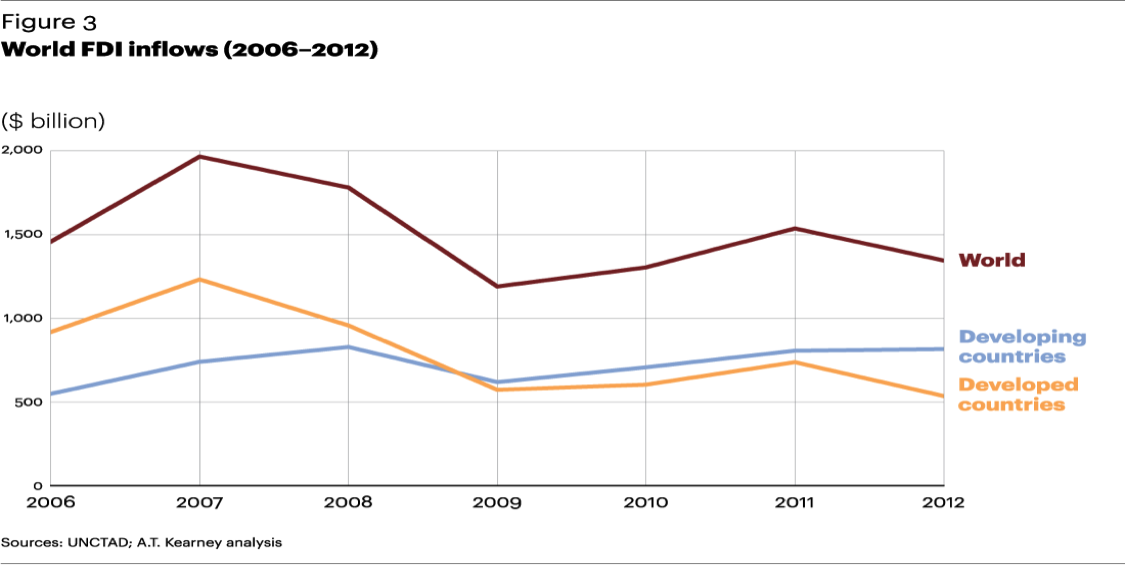 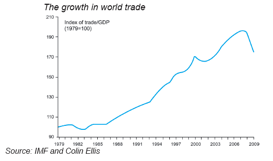 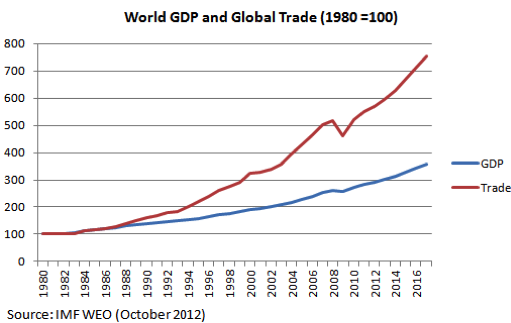 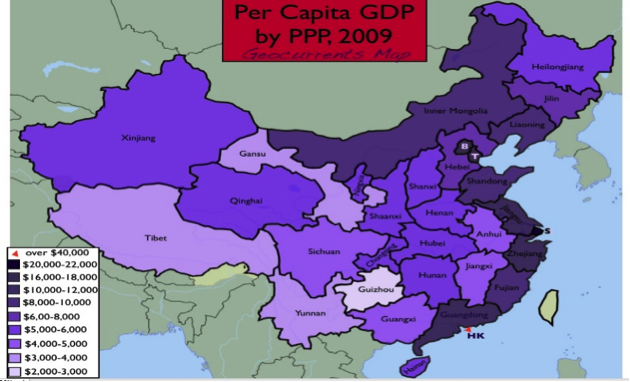 Since WWII there has been a reduction in tariffs (import taxes) on manufactured goods – thanks to the General Agreement on Trade and Tariffs (GATT), and laterally, the World Trade Organisation (WTO). This is known as TRADE LIBERALISATION – the process of limiting and reducing trade barriers so that economies can move closer to free trade. The removal of many trade barriers, the creation and expansion of trade blocs and the expansion of the WTO (China joined in 2001) has opened the world to trade.

The USSR (Union of Soviet Socialist Republics) lasted from 1917 to 1989 until the fall of the Berlin Wall and the break up of the Soviet Union led by Mr Gorbachev. Traditionally these communist states were reluctant to trade with ‘western capitalist economies’, but after the Soviet Union broke up their economies became more open which encouraged their economic growth as well as globalisation. International trade gradually developed and economic growth improved standards of living over time, though not as rapidly as China.

Until about 1980, China was relatively isolated from the rest of the world – there was very little outside trade in the Chairman Mao post 1949 revolution. Then, slowly, the Chinese Communist government moved towards a strategy of collaboration with foreign businesses and governments. Mao died in 1976 and he would be spinning in his grave if he saw modern day consumerist China! Though Chinese businesses have benefitted from the opening up of their market and access to new technologies – as a result, productivity and standards of living has risen and China’s economic growth has rocketed!

For our exam – we do not need to know the history, we just need to respect how the break up of the Soviet Union and the political/economic reforms in China have redrawn the economic map of the world and been an important factor in the globalisation of the world’s economy. They have also provided opportunities and threats to other economies, leading to structural change (reallocation of resources, evolution of an economy) but also further FDI from these two key BRIC players (e.g. Chinese investment in Africa).