Some markets grow whilst others shrink. Some niche markets become mass, others fade out. This can be because of changing tastes (e.g. sun holidays vs volunteer holidays vs cultural holidays), changing technology (e.g. developments in electricity generation turned electrical items from niche to mass! Another example is phones – mobiles have gone from niche to mass and fixed landlines are shrinking; creative destruction in action!)

MASS MARKET – is where there is a very large number of sales of a homogenous (standardised) product, i.e. it is aimed at the general population. E.g. aspirin. Very competitive industry so prices are low. 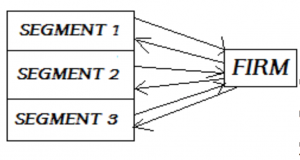 DIFFERENTIATED MARKETING – a business has a range of products aimed at different segments of the market via branding. E.g. Toyota cars. In a differentiated market, a business is only as good as its brand and prices are set competitively. 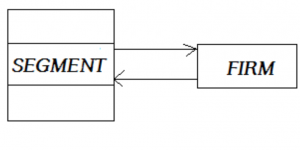 NICHE MARKETING – a specialised product is aimed at a certain small/unique segment of the market (a subculture – group of people with common interest). E.g. false teeth toothpaste! In a niche market, competition is little if any and as a result prices are set high.

Growth, mergers and privatisation can all create large firms that build strong positions in some mass markets. Examples are Coca Cola, British Gas, Google and Microsoft. Where there are several large firms and each has a significant market share, there is an oligopoly (4.1 – next year) which can mean a less competitive market. Oligopolists watch each other’s actions closely and respond – true copycats! If one brings out a new product, others follow suit or respond by increasing advertising of their current product to defend market share. Competition is fierce and usually the largest firms have the market power.

What are the advantages of operating in a niche market?
Your answer should include: Less Competition / Price / Inelasticity / Loyalty

The price mechanism has two main advantages – it works automatically following decisions made by respected economic agents and it can direct resources to the best possible use. The allocation of resources reflects the way in which economic agents take decisions about what to buy, what to produce and how best to use the factors of production (CELL). The price mechanism is an economic model that helps to explain the allocation of resources between different possible uses. It shows how the invisible hand guides resources towards production of what consumers will buy (be via price signalling, price as an incentive or price rationing).

It does make some assumptions though, it presumes that competition promotes cost efficiency and low prices (cartels and collusions sometimes make this not true). It also assumes that consumers behave ‘rationally’ (sometimes they may choose the more expensive product due to branding/social status, etc). Also, the model of price mechanism makes no reference to income distribution. Oxfam states that the world’s wealthiest 1% own half of global wealth and that the poverty gap increased in the UK in the period 2010-2015. This means that many spending decisions which determine resource use are dominated by the very rich.

There is an economic theory that consumer demand ultimately decides how resources are used. This is completely opposite to the profit signalling mechanism (?) theory and states that it is consumer demand which drives markets, not the attraction of major profits. Power to the consumers! Here are a few recent examples of consumer sovereignty in action: