Growth rate of BRIC + UK economies since the year 2000 via Google Public data – check out the link to explore more! 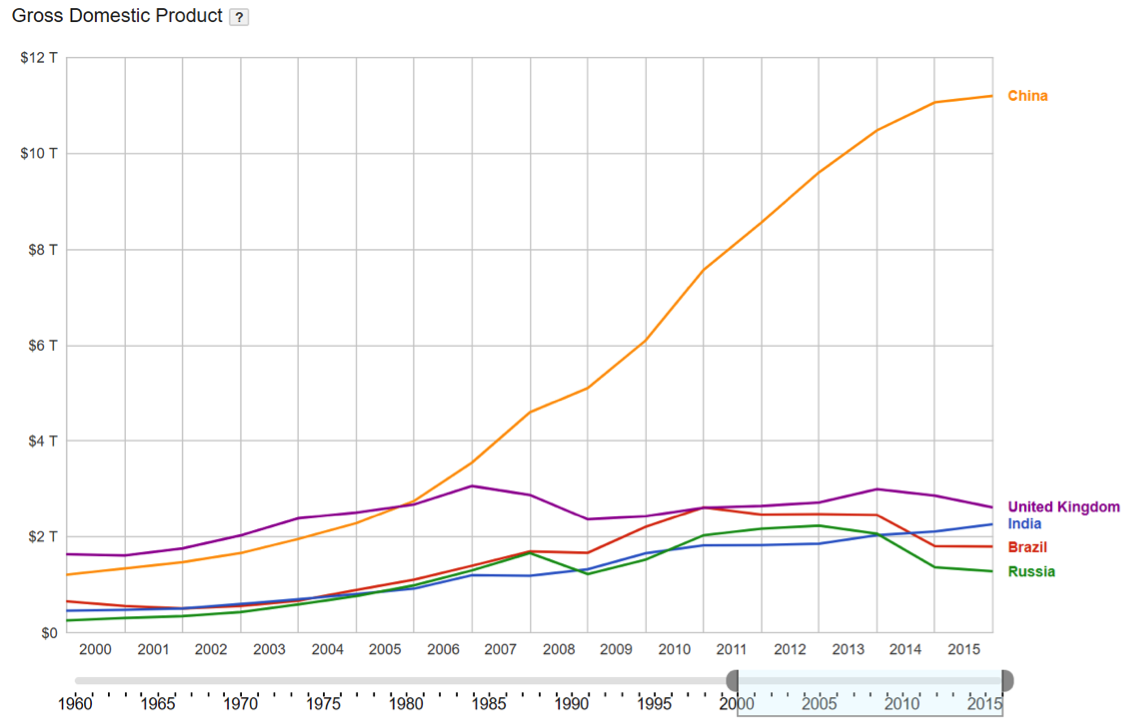 How do we decide if a country is a MEDC or a LEDC? What kind of indicators do we judge it on?

Compare the mean/median incomes of developed and developing economies. What is the trend? What has been happening with the median income in the UK post GFC years?

Incomes in MEDCs and emerging economies have been improving over the last few decades as the benefits of globalization are reaped. Median income in the UK in the post GFC years has actually dropped as ‘real incomes’ decline – inflation is rising faster than peoples wages meaning that people are actually worse off in the post GFC years (a big issue in politics and thus the rise of Jeremy Corbyn).

For more info, check out this link: https://en.wikipedia.org/wiki/Median_household_income#OECD_Statistics

Why might it be useful?_ _Indicates standard of living/income distribution.

Why might it be misleading?_ _Inequality – high outliers in the likes of oil rich Saudi Arabia actually mean that the mean is higher than the median income – thus the median income is a more realistic insight into a country’s development.