Any economy wants a favourable Balance of Payments rather than a deficit, thus tariffs maybe used to achieve this. 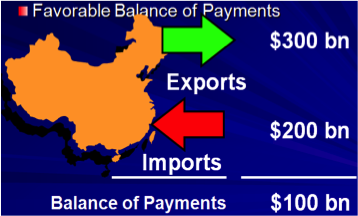 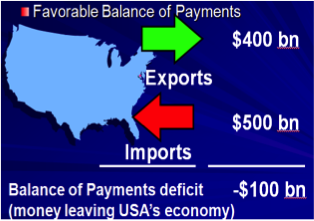 When jobs and incomes are threatened by cheap imports (e.g. China and America), governments may try to protect sectors that are vulnerable to competition from abroad by controlling imports via tariffs and quotas.

The primary intention of tariffs is to protect domestic producers. When the demand is elastic (elastic = luxuries – big change in demand with price. Necessities = inelastic – no big change in demand with price changes as they are needed!), imports will fall substantially if a tariff is added to make the import more expensive! Thus the domestic producer benefits.

Task – using the demand and supply curve below, show the effect that an increased tariff implies on a Chinese tyre manufacturer’s supply for example. Supply has decreased thus we move the curve to the left, and we can clearly see that price has increased (which we knew already!)

LEARN THIS DIAGRAM FOR TARIFFS: 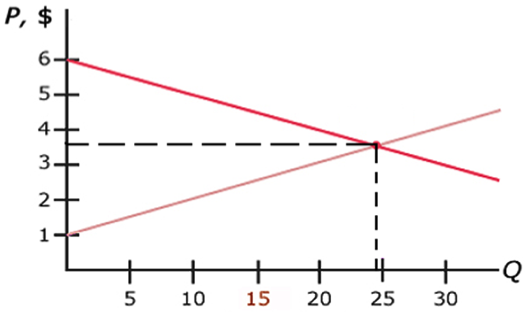 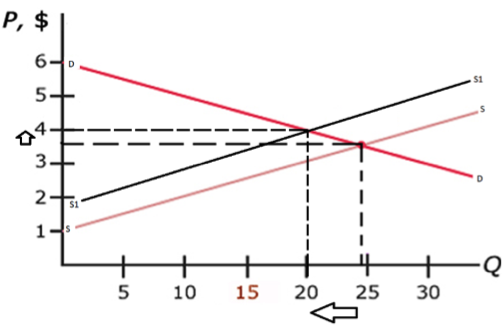 Tariffs can be used in a range of circumstances:

The snag with import controls generally is that although they do reduce imports, they also annoy the exporter. If that leads to RETALIATION, it may mean job losses all around!

The other snag is that tariffs affect real and disposable income (net welfare loss). Higher prices due to tariffs mean less of a purchasing power for consumers – i.e. less money to spend at local businesses, which is bad news economically. Furthermore, they will have less to spend on imports from foreign countries – affecting their economy! Thus foreign countries will not have the money to import _from you _and the dominoes effect occurs.

President Obama was aware of these snags when he put tariffs on Chinese tyres. He even put it on Chinese steel pipes to protect that domestic industry too. He was playing economic chess and knew that US exports of poultry and vehicles (China’s retaliation to the US tariffs) were tiny. He knew that the tariffs that he had placed would not escalate to a real TRADE WAR. The Chinese knew this too. They also knew that the WTO rules permit some anti-dumping duties. Within a matter of weeks both governments were talking amicably again. Economically speaking – trade is just too important for both countries to dwell over spilt milk.

Though protection can have very serious consequences and can turn a recession into a depression (as it did in the 1930s!). Though there are times when governments really want to help firms and employees that have faced a massive surge in imports from foreign countries – such as American tyres and steel. That’s why the WTO allows some anti-dumping duties on a temporary basis, to make trade adjustments easier. Some might say this is highly hypocritical of the WTO’s motto of trade liberalisation and the removal of trade barriers and establishment of free trade. A justified criticism of the WTO.

Quotas set a physical limit on imports of individual products. If demand is high for the product, it will cause a severe market distortion and prices will be pushed up well above the free market equilibrium. Consumers will suffer by paying a higher price for a smaller quantity than they would ideally like to buy. 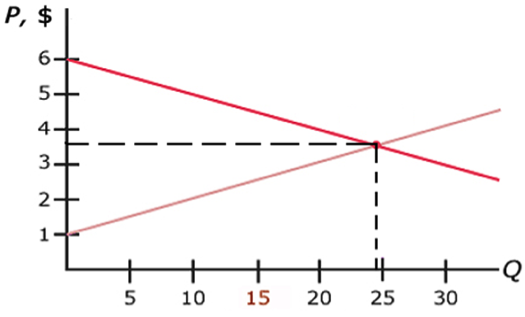 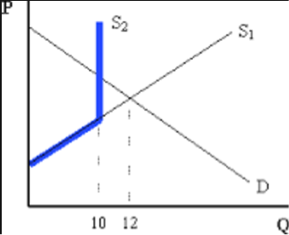 The more inelastic demand is, the more the price is likely to rise when a quota is imposed. Quotas almost always inhibit competition and thus lead to inefficiency.

__The UN: __Concerned with peace and security, encourage the political stability required for free trade.

The G20: Form for discussion for the traditional top 20 world economies/powerhouses. Really helpful during GFC to prevent trade barriers appearing.

__The IMF: __The International Monetary Fund, concerned with monetary stability in the world economy, can provide advice/loans to troubled economies thus preventing them from putting up trade barriers in a panic!

__The World Bank: __ Setup in 1944 to fund reconstruction of war torn economies via providing finance/advice to the third world. This encourages free trade rather than protectionism.

Bilateral trade agreements: Refers to a free trade agreement between two countries, e.g. the USA and UK which Trump/May would like to sign in this post BREXIT world!

Let’s see what the Getting Started Guide has to say for 3.1.4:

a. Students should explore what protectionism is and why countries use it, including protecting existing/infant industries, raising revenue, political pressure and retaliation. Diagrams should include a shift of the supply curve following the imposition of a tariff and a partly vertical supply curve following the imposition of a quota. Other trade barriers might include bureaucracy, rules and regulations, and the subsiding of domestic industry. Students should also be aware that protectionism can and does exist despite an apparent commitment to free trade.

b. Student should be able to give examples of trade negotiations and be aware of the role that these bodies play in the process of trade liberalisation and resolving disputes. They should also appreciate the limiting factors and to what extent these bodies and groups are effective.

Other trade barriers beyond tariffs and quotas

1. Subsidies for domestic industry. The government may finance investment which raises productivity and cuts costs. Or they may support business to survive a recession. E.g. US gov grants to US car producers in 2008/9 staved off imminent collapse.

2. Keep the exchange rate undervalued. How does this help domestic exporters?

__3. Bureaucracy/rules&regulations/safety standards __as a form of protectionism. For example the food industry. Some exporters complain that this is just a form of hidden protectionism!

What can go wrong?

Whenever government tries to protect local business and encourage you to buy local produce as opposed to foreign imports – you are in fact losing out from purchasing from the best-value producer. So trade protection effectively leads to a fall in real incomes (welfare loss) – you’ll have less money to spend.

Though if cheap imports were allowed to compete – domestic industry would decline which leads to loss in sales, unhappy shareholders and job losses. It is a case of swings and roundabouts!

In reality producers are few in numbers compared to consumers. The consumer wants cheap shoes from China for example. EU shoe manufacturers don’t. Thus the EU imposed tariffs on the ‘dumping’ of cheap Chinese shoes.

What can business do when faced with trade barriers?

Exporters must consider the trade barriers that are evident in target markets, as these will affect sales and profitability. To overcome steep barriers, they may set up production INSIDE the country concerned. For example Nissan/Toyota avoided the EU’s CET by locating production in the UK.

There are lobby and pressure groups that try to sway government restrictions either way. Do you sometimes buy British in order to protect jobs in the UK?? Or does it just come down to whatever is cheapest!?

__How the WTO can help (interactive map on the wto): __http://www.wto.org/english/res_e/statis_e/statis_maps_e.htm

The WTO sets rules and facilitates negotiations between member governments (e.g. China and the EU over shoes). Where import controls can be justified, the WTO favours tariffs and subsidies over quotas as they distort competition less. It does have strict rules and generally, when tariffs and subsidies are allowed, they are expected to be low or temporary.

So far, despite a very serious recession, protectionism has not become a big problem. The G20 and other groups such as the BRIC have generally concluded that protectionism will not help things. There have indeed been a number of new tariffs and subsidies, maybe naturally so as gov seek to be seen as doing something for their economies for political reasons, though as of yet they have not reached a worrying level.