Difference between public and merit goods

Public goods should be defined as those that no one can be excluded from using if they are provided (non-excludability) and are available regardless of how many people benefit (non-rivalrous). Street lights are the standard example. However, these goods must be provided collectively because no individual has an incentive to provide them at all. Both public and merit goods address the problems of under-consumption of products that offer benefits to society as a whole: street lights reduce accidents, while an educated workforce leads to higher productivity and growing incomes across society. These are positive externalities. 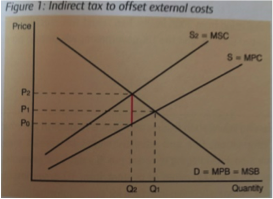 Indirect taxation may raise prices so they are closer to the full social cost of the products concerned. This may reduce the consumption of demerit goods, for example tobacco products. However this may also cause inflation and if the good has a price inelastic relationship, it will still be purchased by the consumer. The ‘sugar tax’ in Mexico and the ‘chocolate tax’ in Denmark are classic government failure examples, and it is anticipated that the sugar tax that will come into the UK in April 2018 will be the same.

Tradable permits can create an incentive for businesses to move towards less (and more efficient) fossil fuel use. If they can cut their emissions, they may be able to sell their permits to others that have a greater need for energy. However tradable pollution permits have has mixed success in the EU.

Information can play a part in alerting decision takers to the need for responsible decision making and thus overcoming the market fail of asymmetric information. Arguably the most powerful government policy for the long-term is the supply-side policy of education. However education is only effective if people actually learn from it.

Legislation/regulation can ‘encourage’ decision takers to take the responsible decision via laws/rules. But as we saw earlier, business regulations have pros and cons as well as mixed success. Businesses still pollute and exploit resources despite it being against the law!

Sugar Tax May Be On Its Way

If on November 4, a majority of Berkeley voters say yes to a one-cent-per-fluid-ounce tax on distributors of sugary drinks, Berkeley could be the first city in the nation to pass a soda tax. But if a soda tax can’t pass in the most progressive city in America, it can’t pass anywhere. Big Soda* knows that, which is why it’s determined to kill it here.

Taxing a product to reduce its consumption has been effective with cigarettes. According to the American Cancer Society, every 10 percent increase in the cost of a pack of cigarettes has caused a 4 percent decline in the rate of smoking. And for years cigarette manufacturers waged an all-out war to prevent any tax or regulation. They eventually lost, and today it’s hard to find anyone who proudly smokes.

Maybe that’s the way the Soda Wars will end, too. Consumption of sugary soft drinks is already down somewhat from what it was ten years ago, but kids (and many adults) are still guzzling it.

*PepsiCo and Coca-Cola financed a big campaign against this tax.

A Cornell-University of Iowa analysis of a soda tax passed last autumn by voters in Berkeley, California – the first in the country – found the measure so far has fizzled, raising retail prices for high-calorie sugary drinks by less than half the amount expected.

The law, which took effect this March, imposes a penny-per-ounce tax on distributors of sugar-sweetened beverages, such as soft drinks, energy drinks and presweetened teas. Distributors pay 20 cents per 20-ounce bottle of Coke, for instance. Tax proponents expected the extra cost to result in higher prices for shoppers, which would discourage soda consumption.

To date, however, consumers have been largely spared from higher prices, researchers found. On average, prices for beverages covered under the law rose by less than half of the tax amount. For Coke and Pepsi, only 22 percent of the tax was passed on to consumers. The findings, by economists John Cawley of Cornell and David Frisvold of the University of Iowa, were published Aug. 17.

“In light of the predictions of the proponents of the tax, as well as in light of the previous research, we expected to see the tax fully passed through to consumers,” said Cawley, professor of policy analysis and management and of economics in Cornell’s College of Human Ecology. “In contrast, we find that less than half, and in some cases, only a quarter of it is. This is important because the point of the tax was to make sugar-sweetened beverages more expensive so consumers would buy, and drink, less of them.”

So-called “sin taxes” are designed to improve public health by discouraging people from purchasing unhealthy products. Smoking rates, for instance, have plummeted in the United States in recent decades partly due to federal, state and local taxes that have driven up cigarette costs. Berkeley officials hoped that the soda tax would raise prices and lead residents to avoid energy-dense sugar-sweetened beverages, considered a culprit for high rates of obesity and chronic disease.

“The reason for this surprising result could be related to the fact that it’s a city tax and therefore store owners have to be concerned about the ability of consumers to shop at stores outside of Berkeley,” Cawley said. “Concerns about cross-border shopping could contribute to a low pass-through of the tax.”

Revenue collected from the tax – projected to be $1.2 million in the first year – goes into a Berkeley general fund, part of which has been earmarked for healthy living programs. Though the tax does not yet appear to be raising prices, the authors note that the idea has merit.

“There is an economic rationale for taxes when consumption of the good imposes negative externalities, and obesity costs taxpayers billions each year in medical care costs in the U.S.,” Cawley said. “A sugar-sweetened beverage tax is a very narrow approach to internalizing the external costs of obesity, because there are many other food and drink items that are also energy dense and lack nutritional value. But to the extent such a tax helps internalize the external costs, there is an economic rationale for it.”

Answers are at the end of this topic. 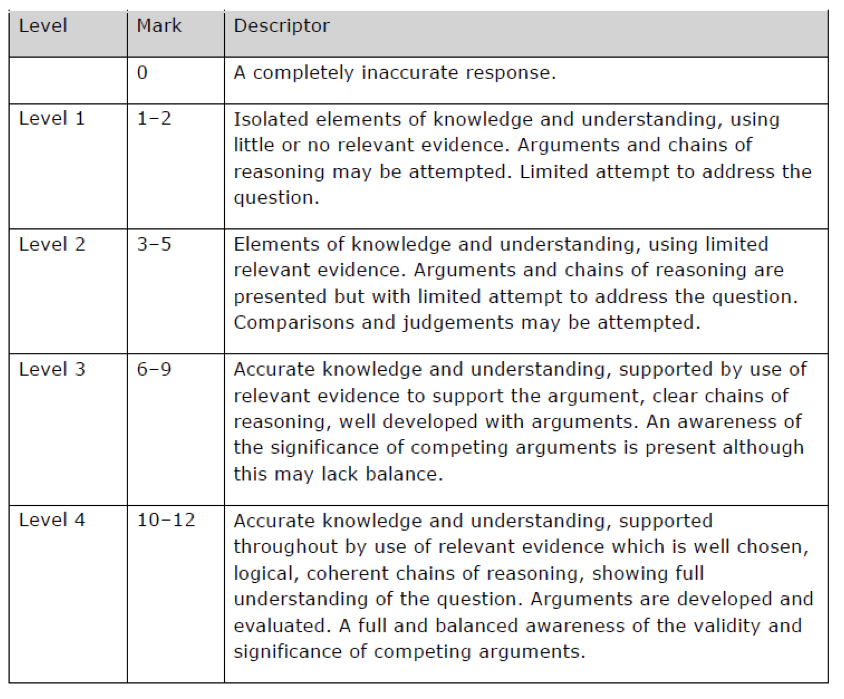 The tax should reduce the quantity consumed from Q1 to Q2 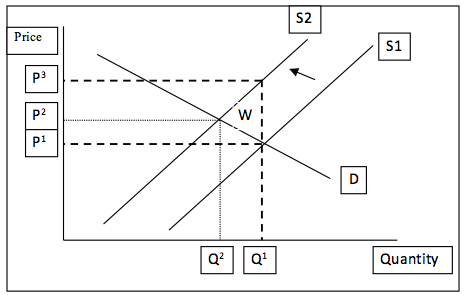