The impact of the financial sector on economic agents

Analysing the impact of the GFC on the 3 economic agents from their perspectives:

Business-level: made borrowing difficult (the credit crunch) which choked small businesses without access to credit lines. Recession led to business cut backs and switch to ‘survival’ objectives, expansions were shelved and many businesses did not make it (e.g. Woolworths, Blockbusters, etc).

__Government-level: __ Made huge demands on government spending in the form of bank bailouts, recession made tax revenues lower, and benefit payments higher. Therefore government deficit grew and led to austerity policy as well as a big cut in AD as a result.

Over the long-term, the financial sector is vital to our economy as it sets up funds for investments. From a customer perspective, we need banks for the basic services of payment mechanisms and to provide loans for expensive items or mortgages for homes.

On a business-level, we need banks to lend to people who want to invest in setting up businesses, fund large construction projects, R&D and new production facilities.

On a government-level, we need banks to help make the economy more efficient and competitive as well as creating jobs, increasing productivity and raising standards of living. We need a fully functioning but moral banking system for the benefit of everyone.

The austerity measures that we experienced post GFC was thanks to the immoral banking sector and the fact the government had to try to balance the books to manage the national debt, which swelled post banking bailout. As our economy appears to be moving through recovery and into the uncertainty of BREXIT, we need the banking sector to support our economy more than ever and hope that the mistake of the past have been learnt and that a similar financial crisis in the future won’t occur.

The effect of the GFC on the UK economy in facts and figures – learn one or two to impress the examiner (via http://www.telegraph.co.uk/finance/recession/8624099/Recession-facts-and-figures.html) 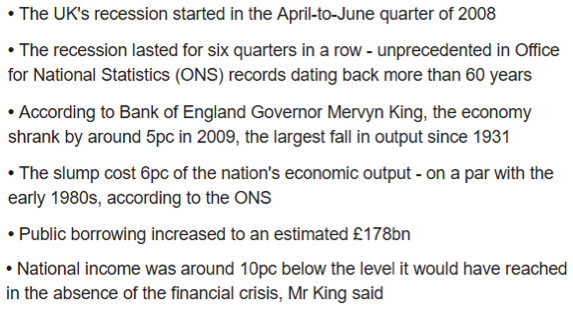 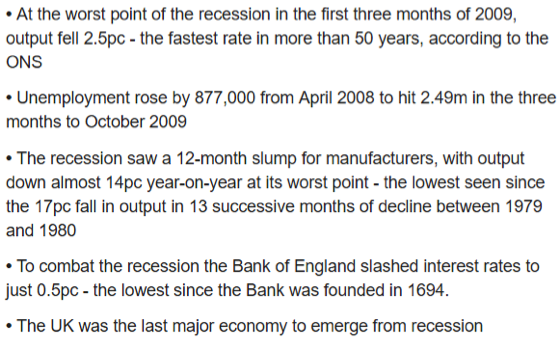 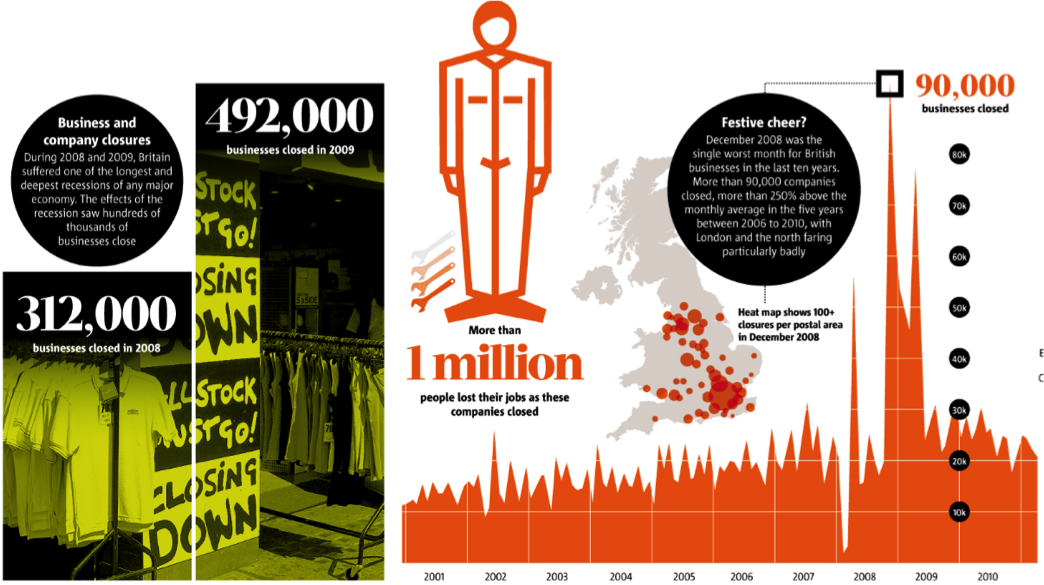 Evaluate the importance for the UK economy of increased banking regulations – 20 marks, 20 min! 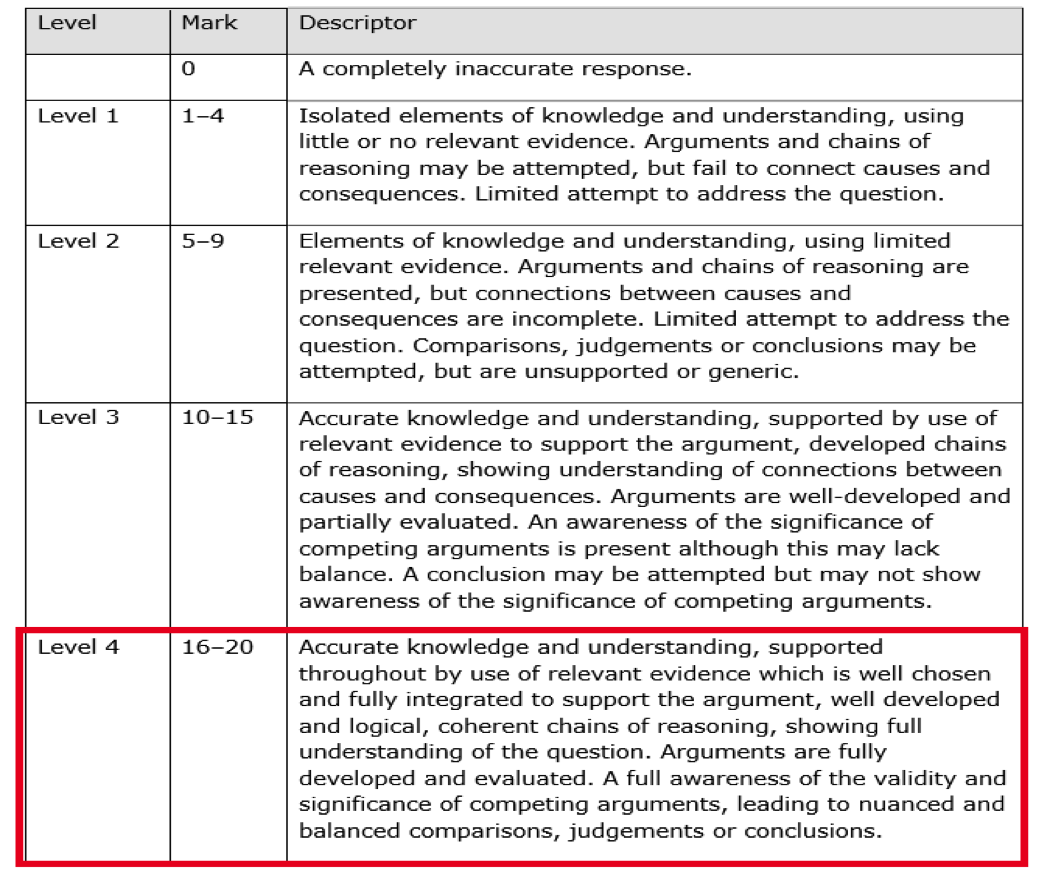 Structure = def/intro, 2 vs 2 and justified judgement.

Potential agreeing points: Important as largely deregulated during Thactherism and their ‘freedom’ and resulting ‘casino banking’ culture was a huge cause of the 2008 GFC! Essential that the government intervene to correct the market failure that occurred to cause the GFC – regulation should safeguard against future crisis and ensure that if there is another GFC, that the ordinary bank account holder and taxpayer don’t suffer the costs thanks to the reforms with ring-fences and the FSCS protection of savings up to £85,000.

Potential however points: The risk is that it will create a brain drain, with the best and brightest bankers heading to a more free market economy with less regulation as their bonuses have been capped here. There is also a danger of government failure as they over-regulate and stifle competition/new market entrants as they are scared of the major changes that increased regulation brings.

The GFC and credit crunch

The GFC. __The __global financial crisis is commonly believed to have begun in July 2007 when a loss of confidence by US investors in the value of sub-prime mortgages caused a liquidity crisis. Due to the interdependence of banks and global economies, this crisis spread around the world.

The financial sector is essential to any economy. It helps individuals to buy homes & businesses to start up, develop and grow. Investment leads to efficiency in production and rising productivity. These are the foundations for better standards of living. Thus as you should’ve learnt from Theme 1.1.4 and Theme 4.4.5 – the role of the financial sector in an economy is crucial!

Post-Thatcher, the financial deregulation of the industry did not secure financial security. ‘Light touch’ regulation prevailed and indeed encouraged ‘casino banking’ in the investment bank as well as in the retail banking sectors. The objective of the ‘light touch’ was to encourage competition between banks and efficiency – trusting them to act prudently. Hindsight is a wonderful thing!

When the banks began increasing their sales of financial products by borrowing from each other, their reserves grew more slowly than their loans as did their risks. Senior bankers’ salaries and bonuses were based on the growth of business, which encouraged this ‘immoral banking’ corporate culture and risk-taking. Thus they targeted new and risky borrowers as they paid higher rates of interest. They became entirely focussed on ‘short-termism’.

As the article testified, the Financial Services Authority suffered from regulatory capture and failed to regulate the banking sector sufficiently as well as manage the crisis. Thus it was split up post GFC into 3 bodies, the first two within the Bank of England, to regulate financial services:

In summary, the FCA reports to the Treasury/Parliament and its role is to ensure financial integrity. It monitors all financial institutions to ensure that they put clients’ best interests ahead of financial gain and protects consumers rights. The FCA tackles market rigging as well as encouraging competition. It ensures mis-selling (PPI scandal) of products does not occur. It supervises all bodies that provide consumer credit.

The PRA supervises both retail and investment banks, building societies, insurance companies and credit unions. It’s an arm of the BoE and keeps a close watch on all financial service products.

Regulation creates some costs but most governments think these are a price worth paying for financial stability and consumer protection. Both the PRA and FCA work to ensure that customers get a fair deal and that markets are kept competitive. It’s too soon to say how effective they are. However the way they have been set up suggests some improvement could be expected.