a)_ The rise and growth of the BRIC countries is well documented and students should be aware of this. In addition, other areas are developing rapidly and having an increasing impact on the global economy. Examples might include Nigeria, which is now Africa’s largest economy, Mexico, which is attracting increasing levels of foreign direct investment (FDI), and Mongolia, which is beginning to exploit its minerals and resources. By contrast, China is beginning to slow and is perhaps losing its previous advantages as its economy develops. Students will not need to study these areas in depth or memorise statistics; rather, a broad overview is required._

We have discussed the BRIC before, you should be aware of their specialism as well as current performance but as the Getting Started guide says only a broad overview is required. The case study in Paper 2 is normally based around one of the BRIC economies but could be based on Nigeria/Mexico/Mongolia – the more rapidly emerging economies as can be seen by the table on the right. 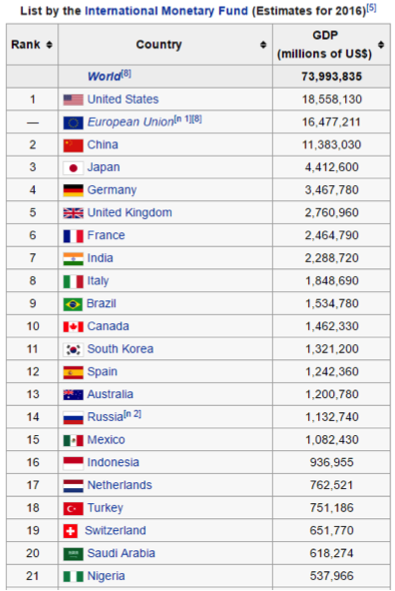 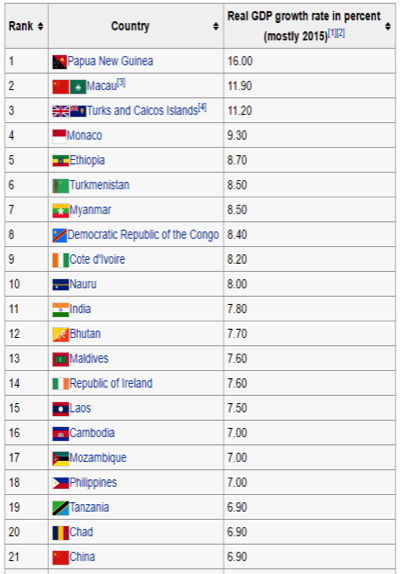 Economic growth, the individual and businesses

b) Economic growth should lead to rising incomes and increased employment opportunities for individuals, as well as more choice and better living standards. Businesses should see an increase in sales and profitability with further opportunities for growth and investment. In reality, consumer incomes will not all increase and income inequality may rise. Not all businesses will flourish and some may suffer (for example suppliers of inferior goods and services). Structural change goes with economic growth, meaning some areas of an economy expand at the expense of others.

By definition, rapid economic growth is associated with dynamic markets and creative destruction. For individual businesses, there may be a range of opportunities and threats. Likewise for individuals.

Other things to consider: ‘Race to the bottom’, to outsource to the lowest labour cost country as businesses seek cost-cutting opportunities

The link between employment patterns and economic growth

c) Rising incomes will affect individuals in different ways. In developing economies it can mean that many escape poverty; for example, China’s average growth rate of 10% is thought to have lifted more than 500 million people out of poverty. In reality, consumer incomes will not all increase and income inequality may rise.

For example, China’s average growth rate of 10% is thought to have lifted more than 500 million people out of poverty. As an economy grows peoples real income and disposable incomes rise and thus standards of living are improved. In reality, consumer incomes will not all increase and income inequality may rise – often under capitalism the rich get richer and the poor stay the same. Summary video - https://www.youtube.com/watch?v=cWaALwHaLXk

d) The differences between real and nominal values, and why and when they are used, should be explored.

Current prices = data given at the price levels in the year concerned (i.e. raw).

Nominal value = value at current prices, i.e. inflation is not accounted for.

Constant prices = are measured from a base year, thus not distorted by inflation.

Real values = measure of money value with the effect of inflation removed.

e) Students will be expected to be able to calculate and interpret index numbers and understand why they are used.

Index numbers show relative changes so that we can make easy comparisons. 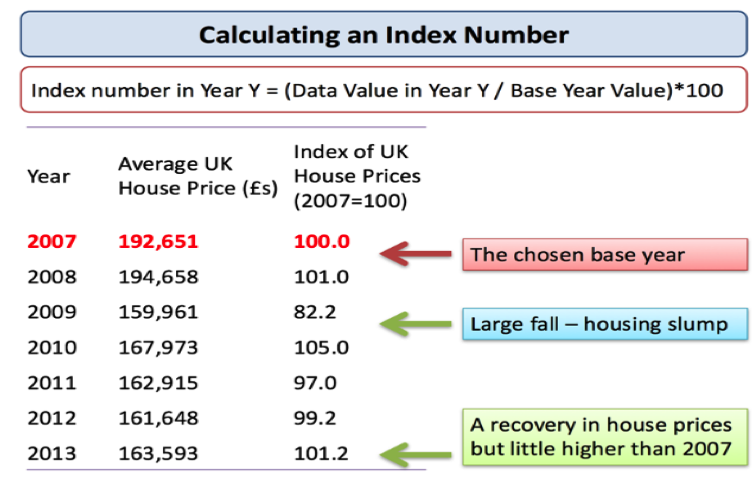