Step 1: Write out the equations and label them

Step 2: Multiply the equations to make at least one variable equal

I am going to make a common multiple of x in equation A by multiplying it all by 2.

I am going to make a common multiple of x in equation B by multiplying it all by 3.

Step 3: I now need to get rid of the x variable. Because I have positive two positive 6x I am going to subtract A from B.

Step 4: Solve for one variable. Now I have one unknown I can work out y:

Step 5: Substitute you value into an original equation. (It doesn’t matter which one!)

Step 6: Check by substituting in both values into the other original formula

So this would simplify down to 5x=21

You would then solve from this point.

To solve two linear simultaneous equations graphically you simply need to draw the graphs and look for the point where the two lines intersect. 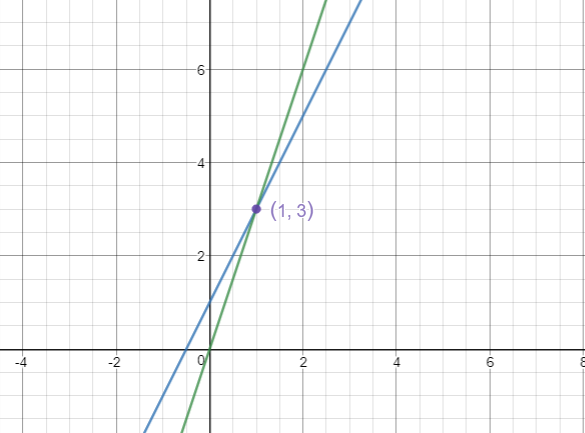 Sometimes this may involve rearranging equations to put them into the format y=mx+c which will make it easier for you to draw the graphs.