When it comes to interpreting graphs we can tell a lot about the data, and the spread of the data just by looking at the graphs.

Below are two histograms showing the weight of plant type a and plant type b. 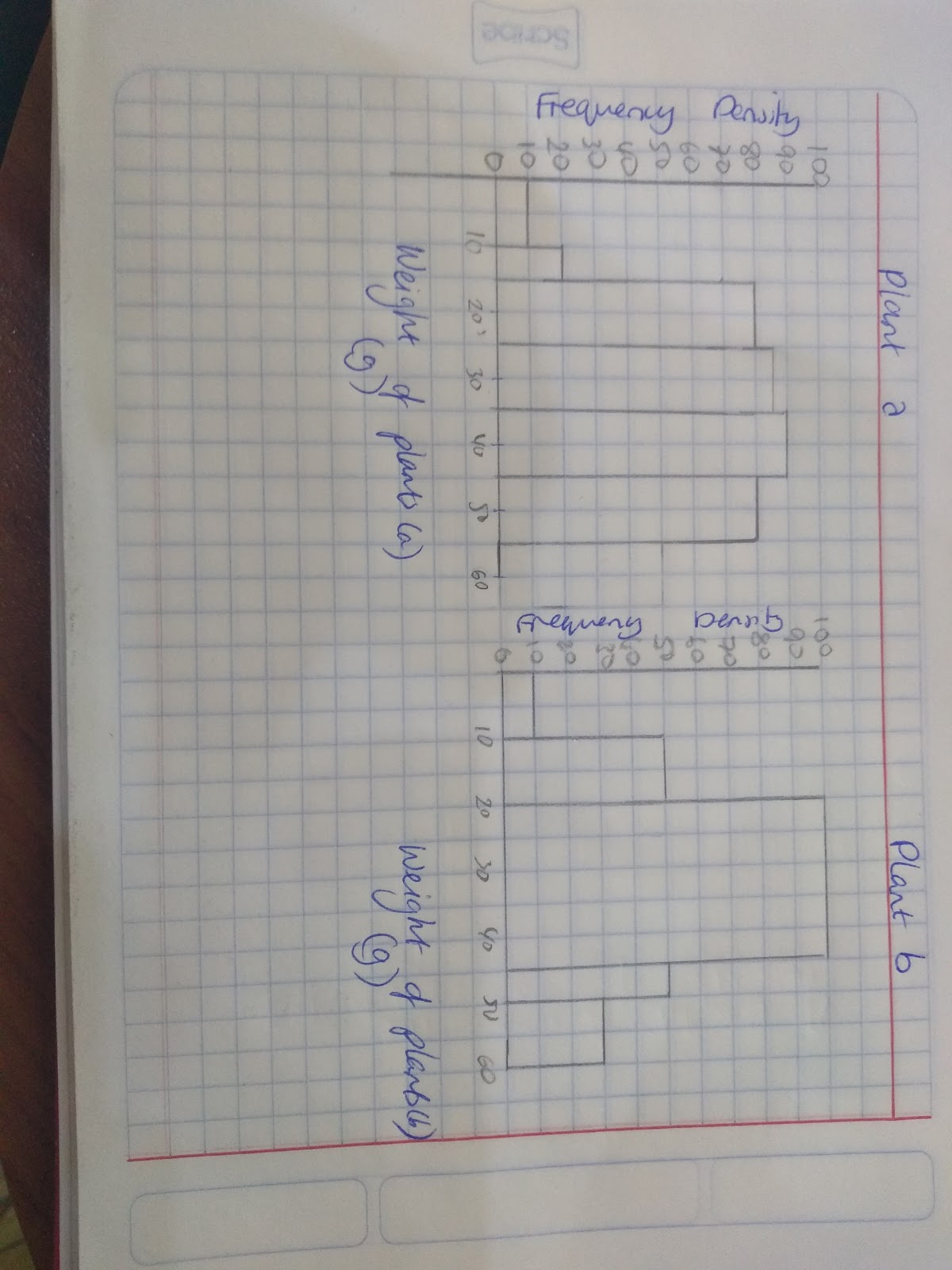 Plant type a shows a high dispersion- a large spread of results away from the mean. It shows that the results are not close together there is a lot of variation within the data.

Plant type b shows a distribution that is closer to the mean, this means that most of the results are within a narrow range, there is less variation within the data.

To analyse the cumulative frequency curve think about how it relates to the interquartile range. 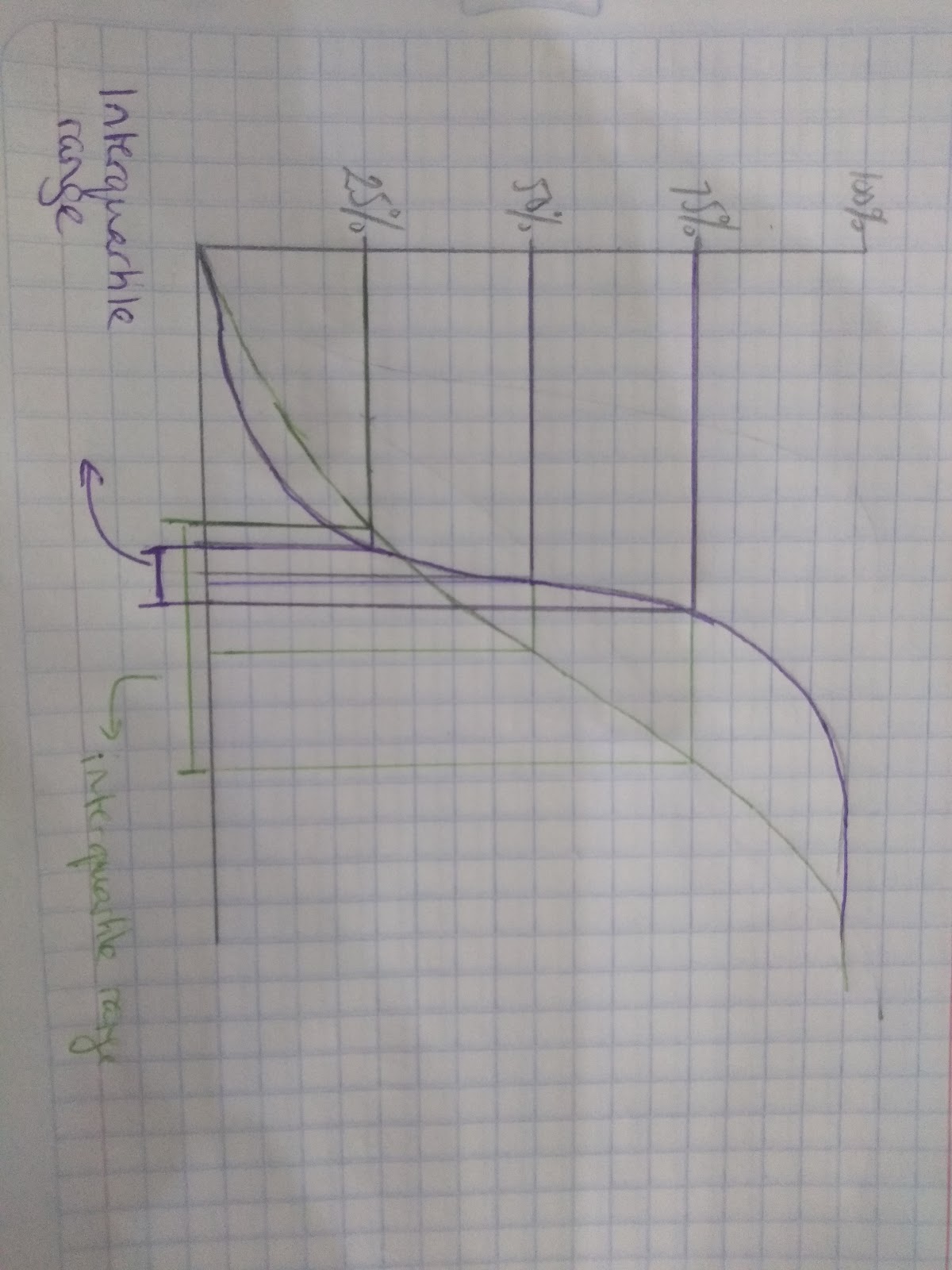 When it comes to box plots we are able to visually see the difference in spreads between data sets.

When analysing a box plot make sure you compare:

For example if you wanted to compare these box plots it would be worth mentioning: 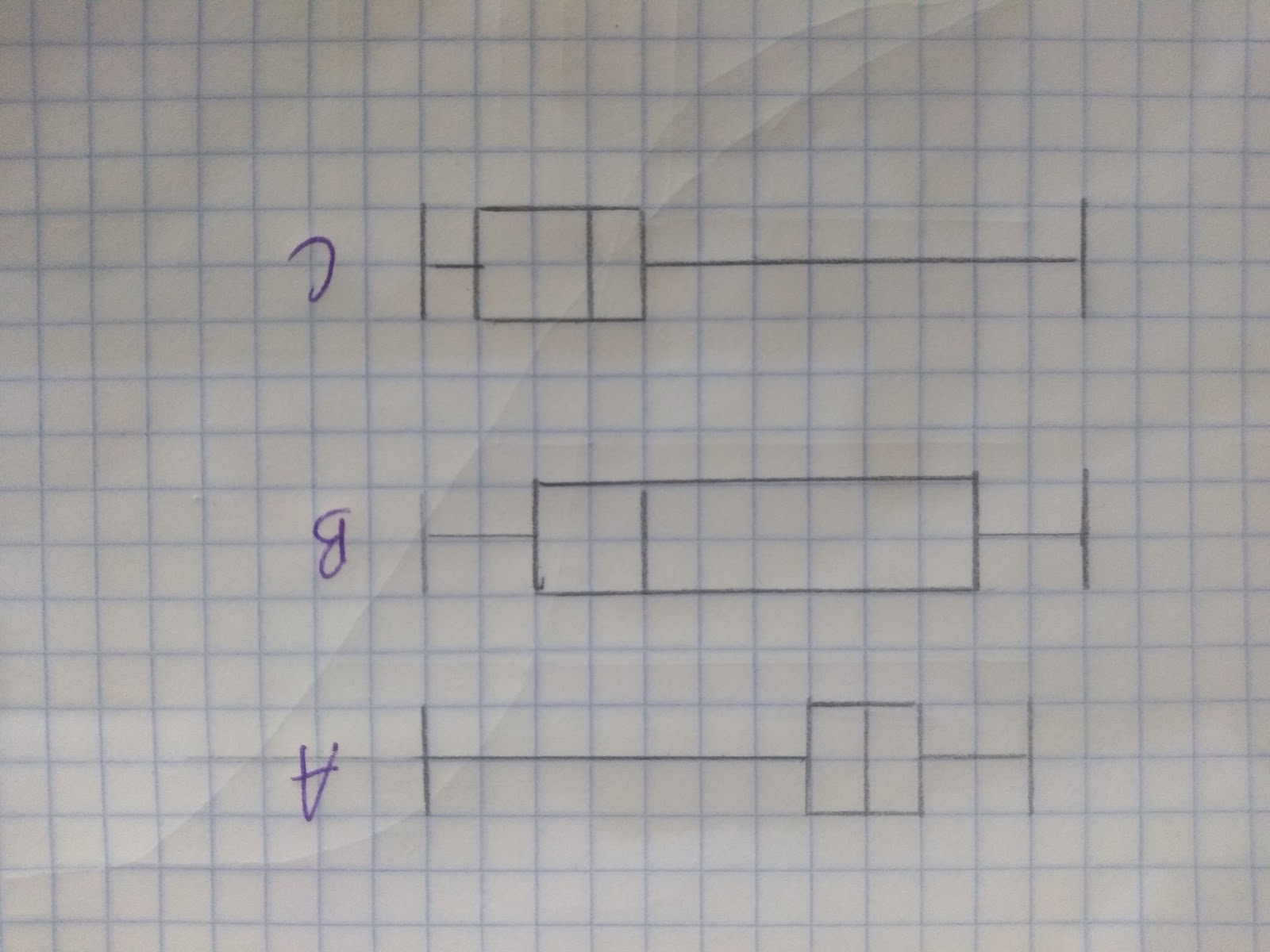 How do you work out the interquartile range?
Your answer should include: Upper Quartile / Lower Quartile
What does a large range tell you about a set of data?
Spread

To analyse graphs (and data more generally) you want to look at:

The averages or measures of central tendency tell you different things about the data:

The Interquartile range: This tells you about the range within 75% of the data. It discounts the highest quarter and the lowest quarter. This means it tells you more about how the data around the median is spread.