The angle at the centre of a circle is always __double that of the angle at the circumference if both angles are ‘__subtended’ (created) from the same two points on a chord. 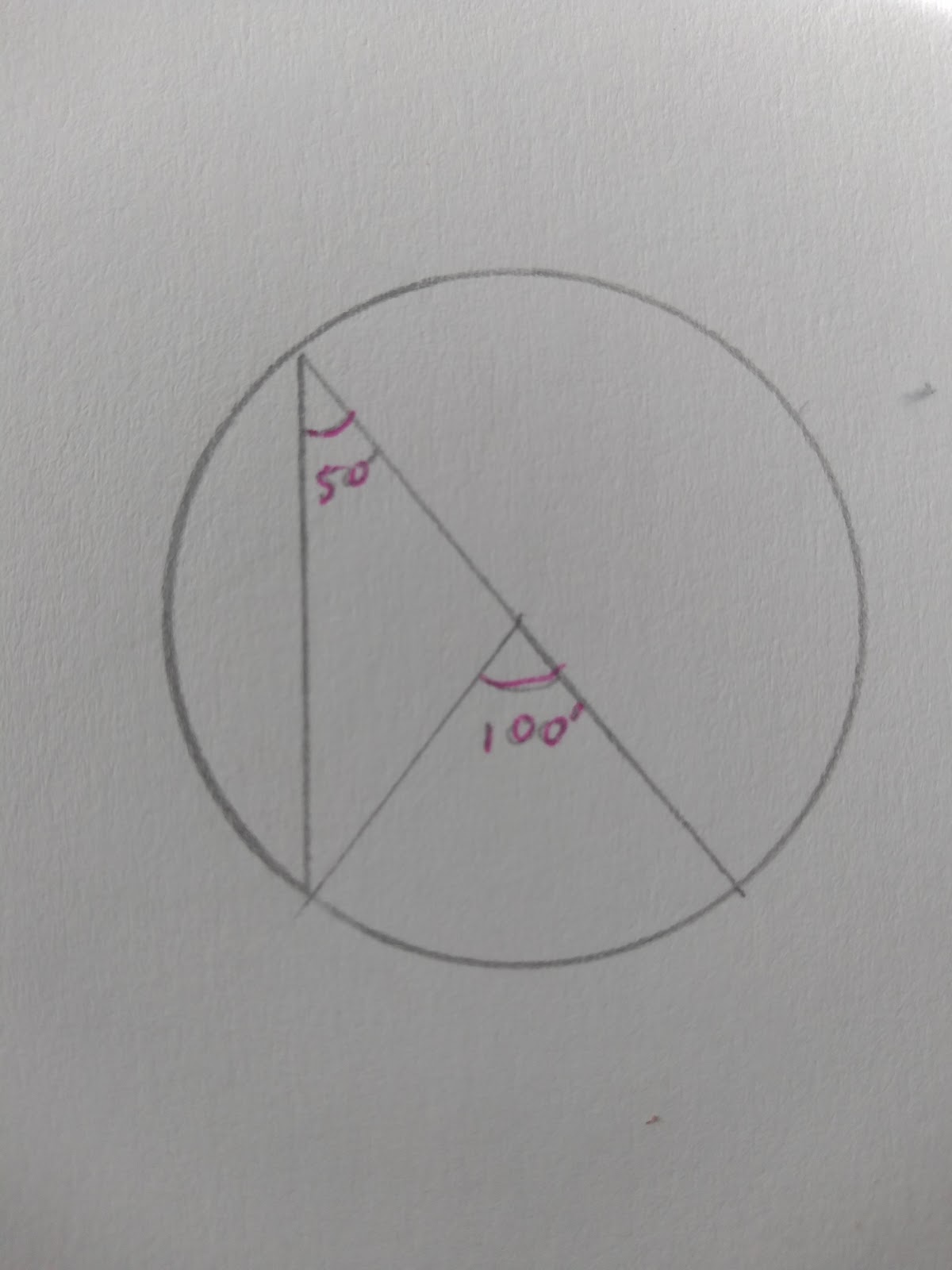 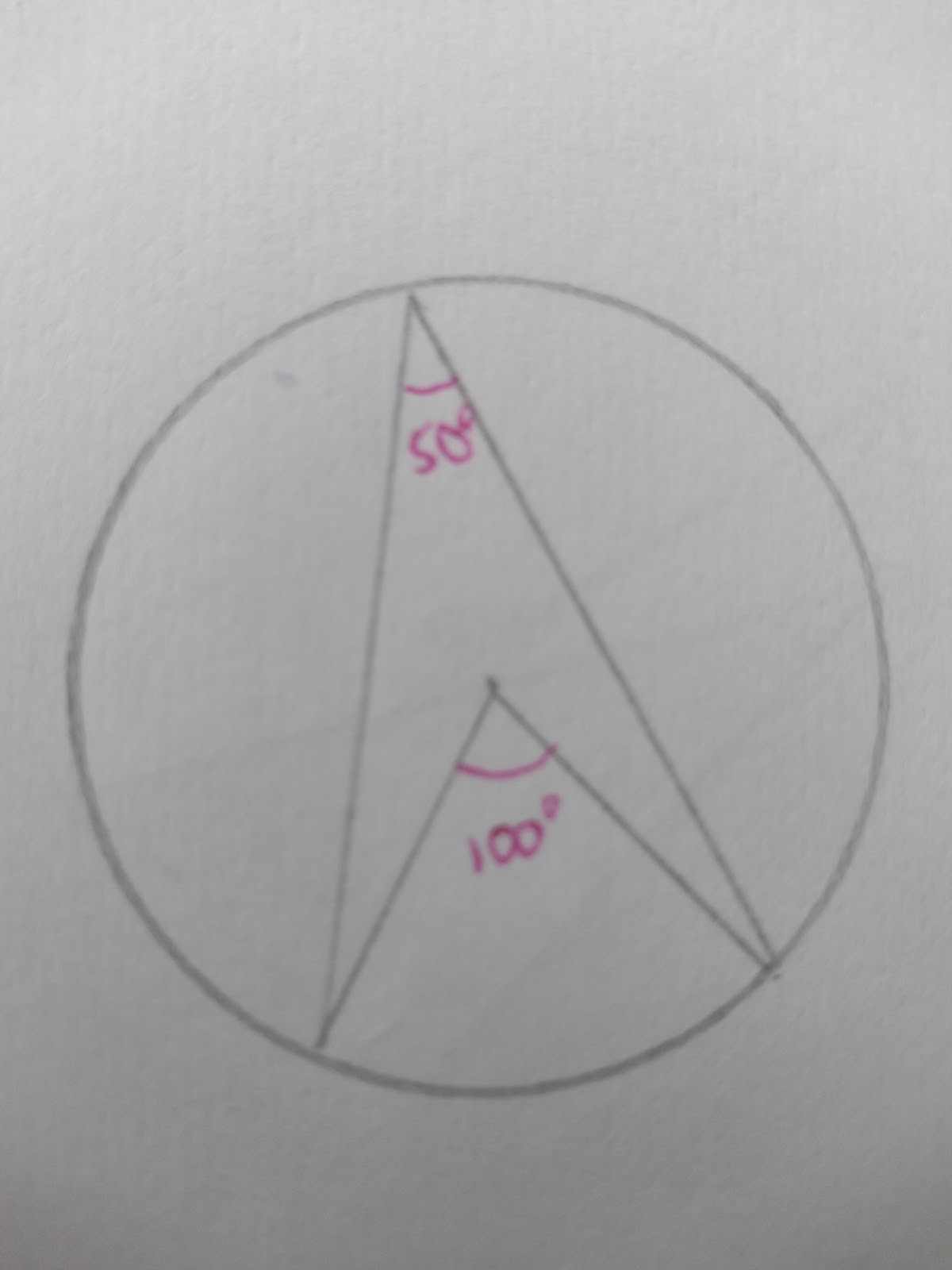 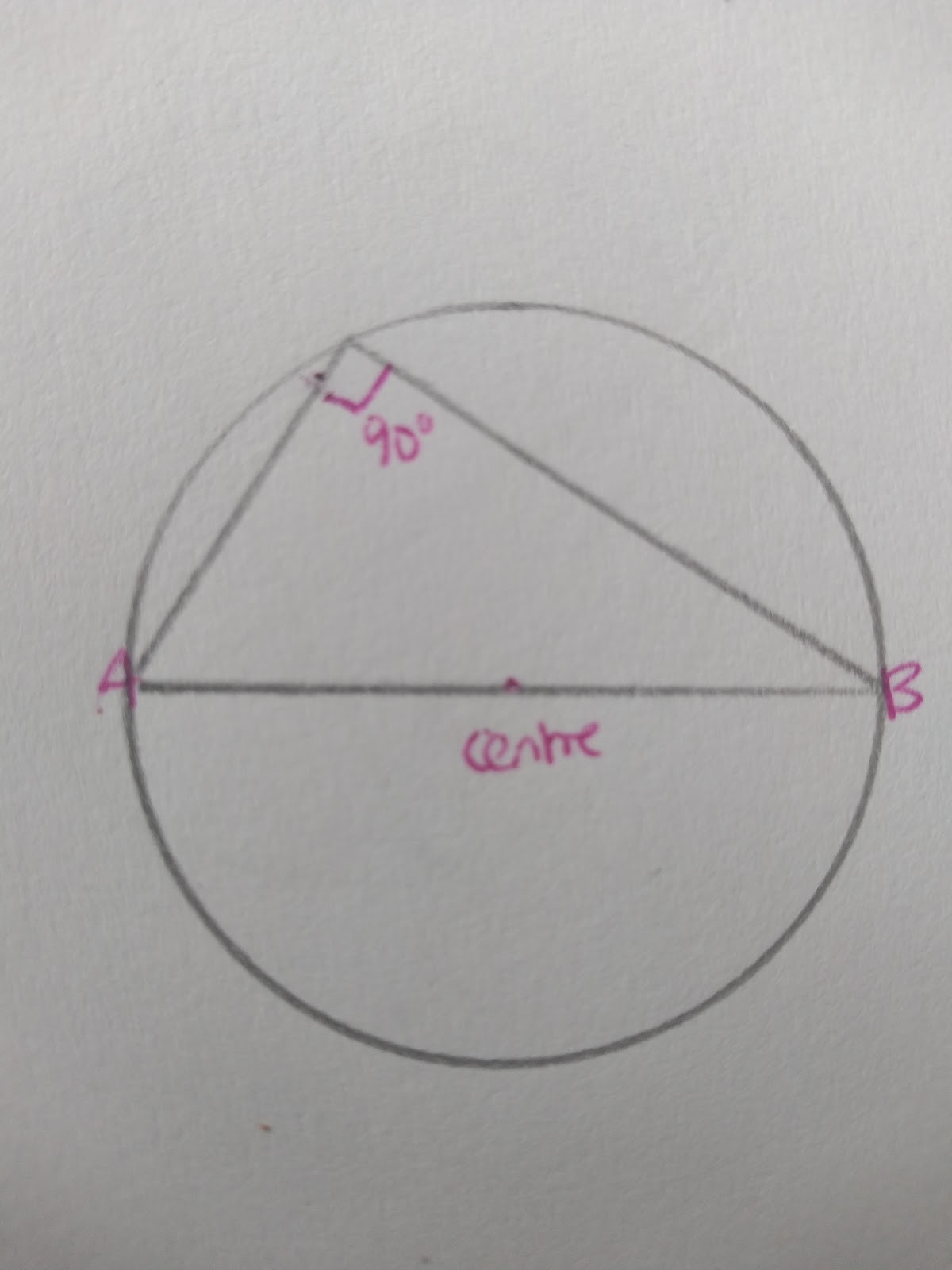 A triangle within a circle with the diameter as base will always have a right angle at the circumference. 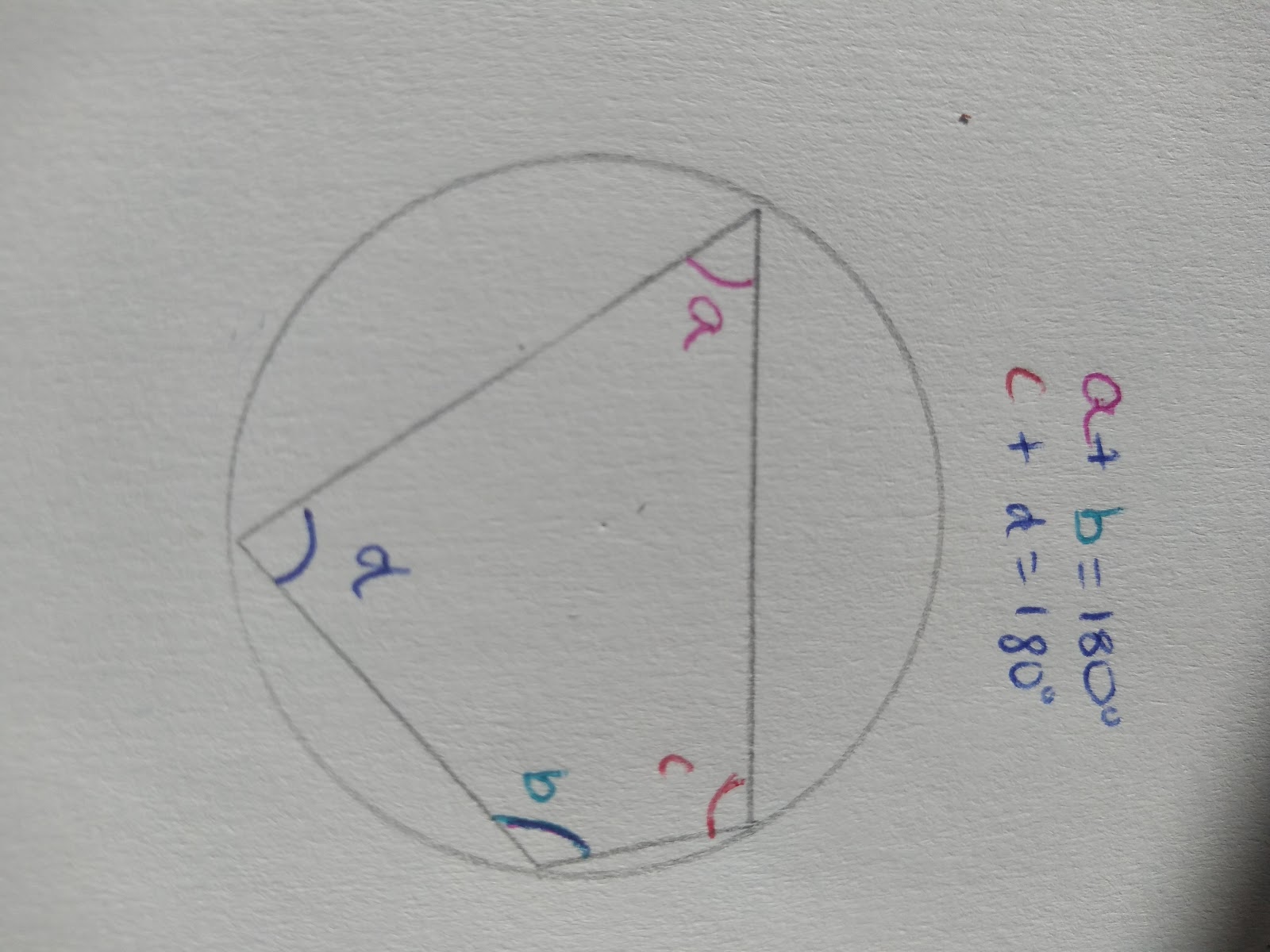 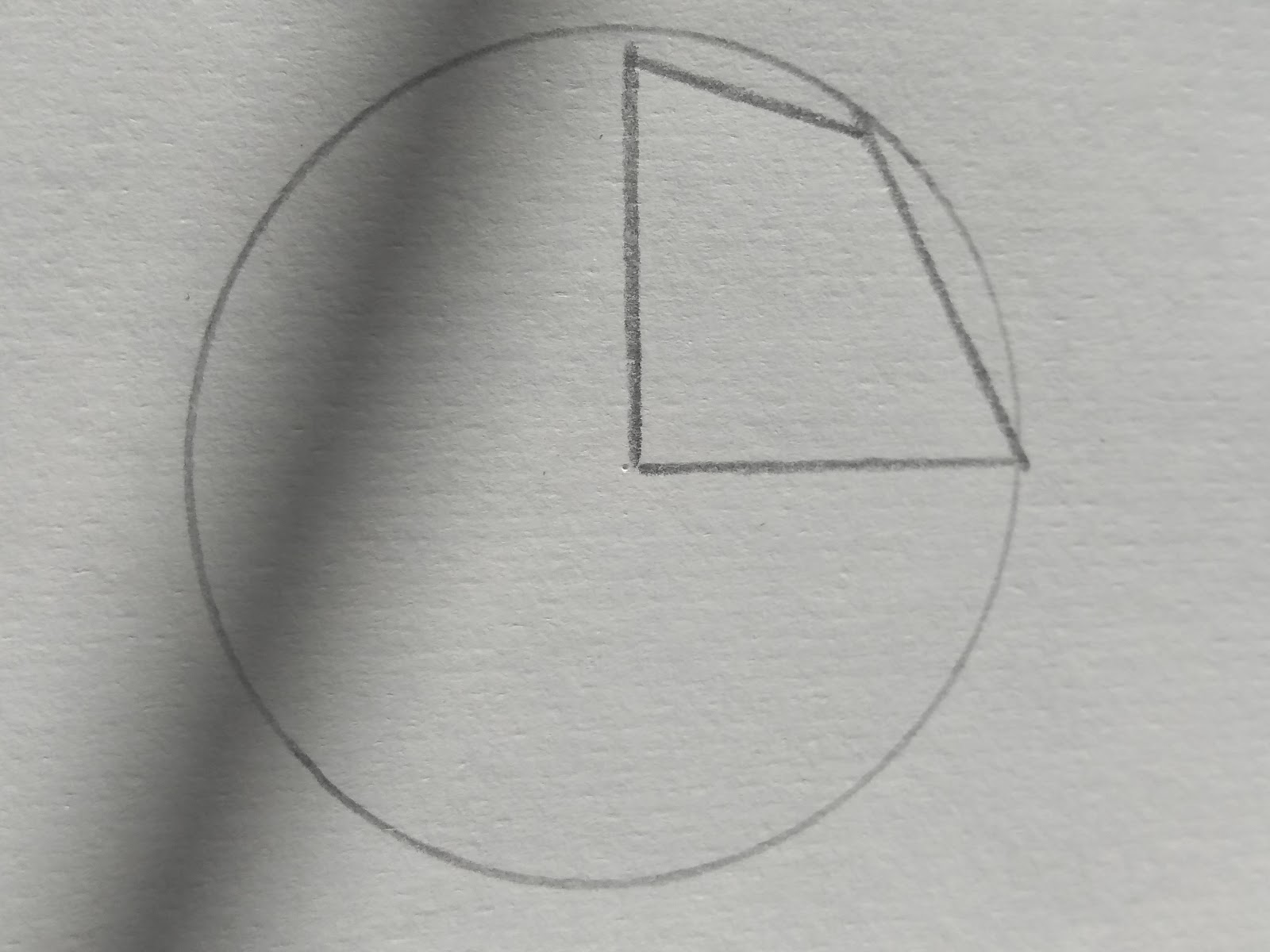 This is not a cyclic quadrilateral as the points don’t all touch the circumference of the circle. 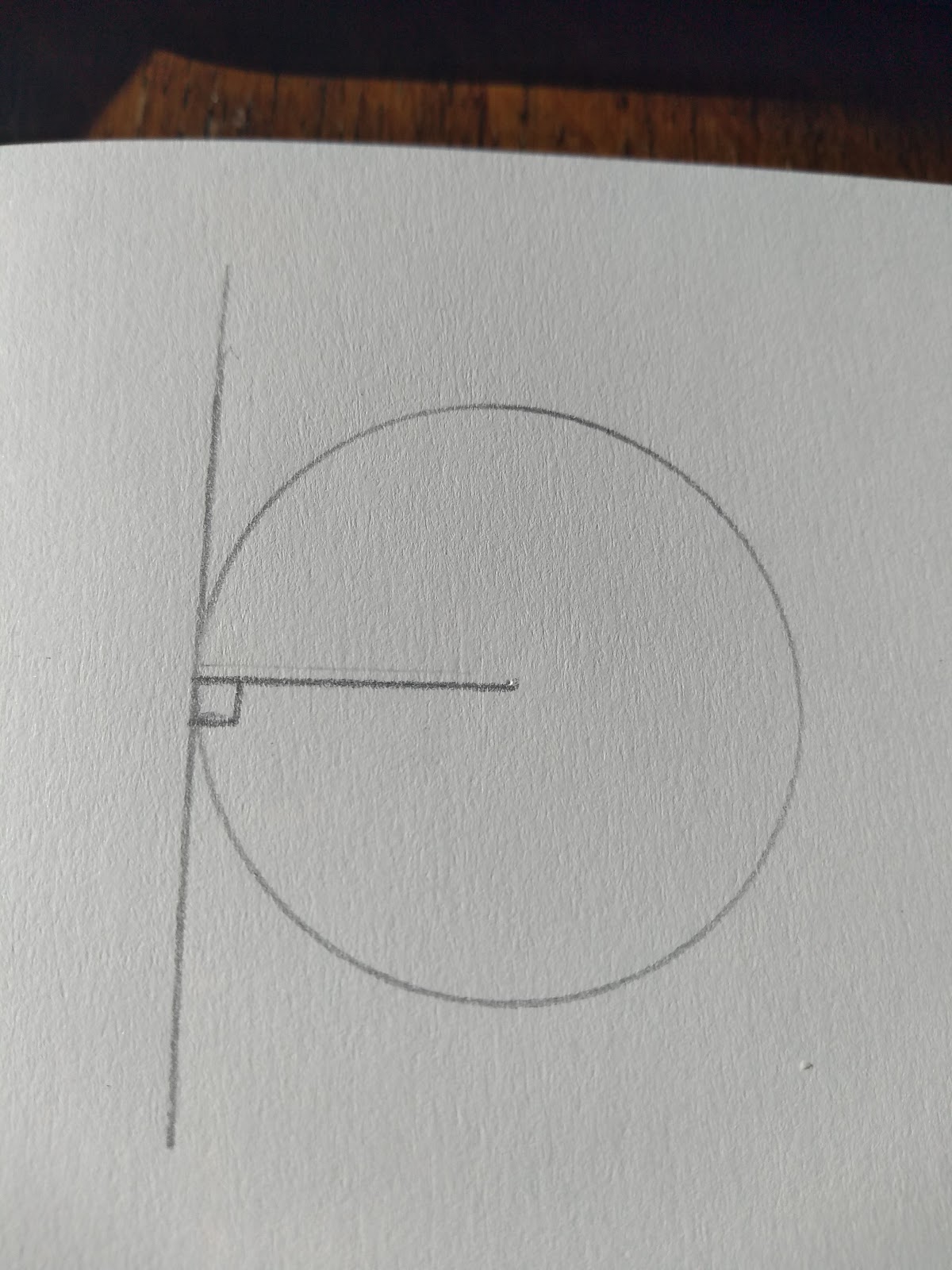 Where a tangent meets a radius it creates an angles of 90 degrees.

Angles in the Same Segment

These angles are created at same points on a segment. They the angles are therefore equal. 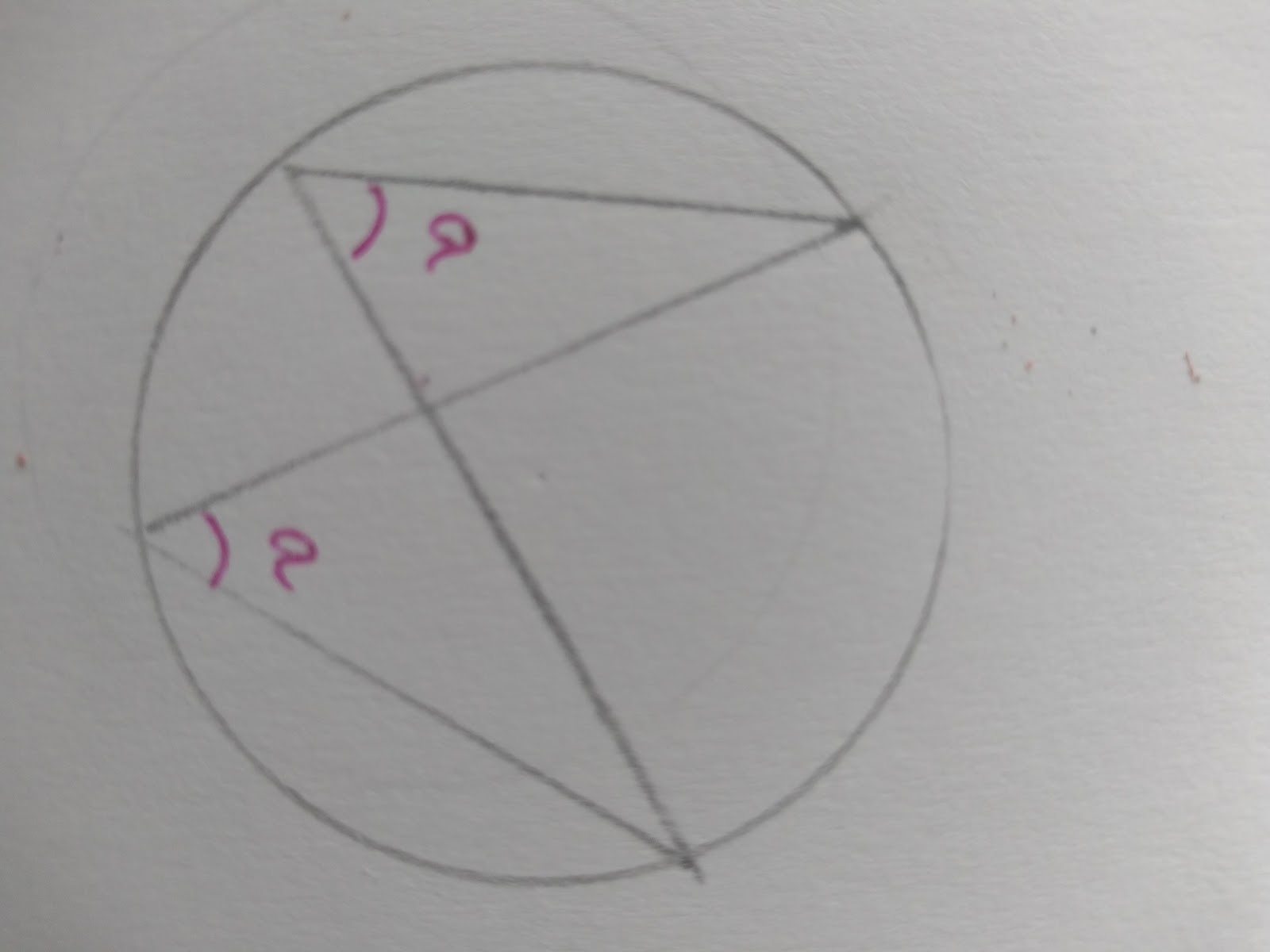 Think about how you can trace the lines without removing your pen from the page. From the segment to the circumference to the other segment, it creates an identical angle! 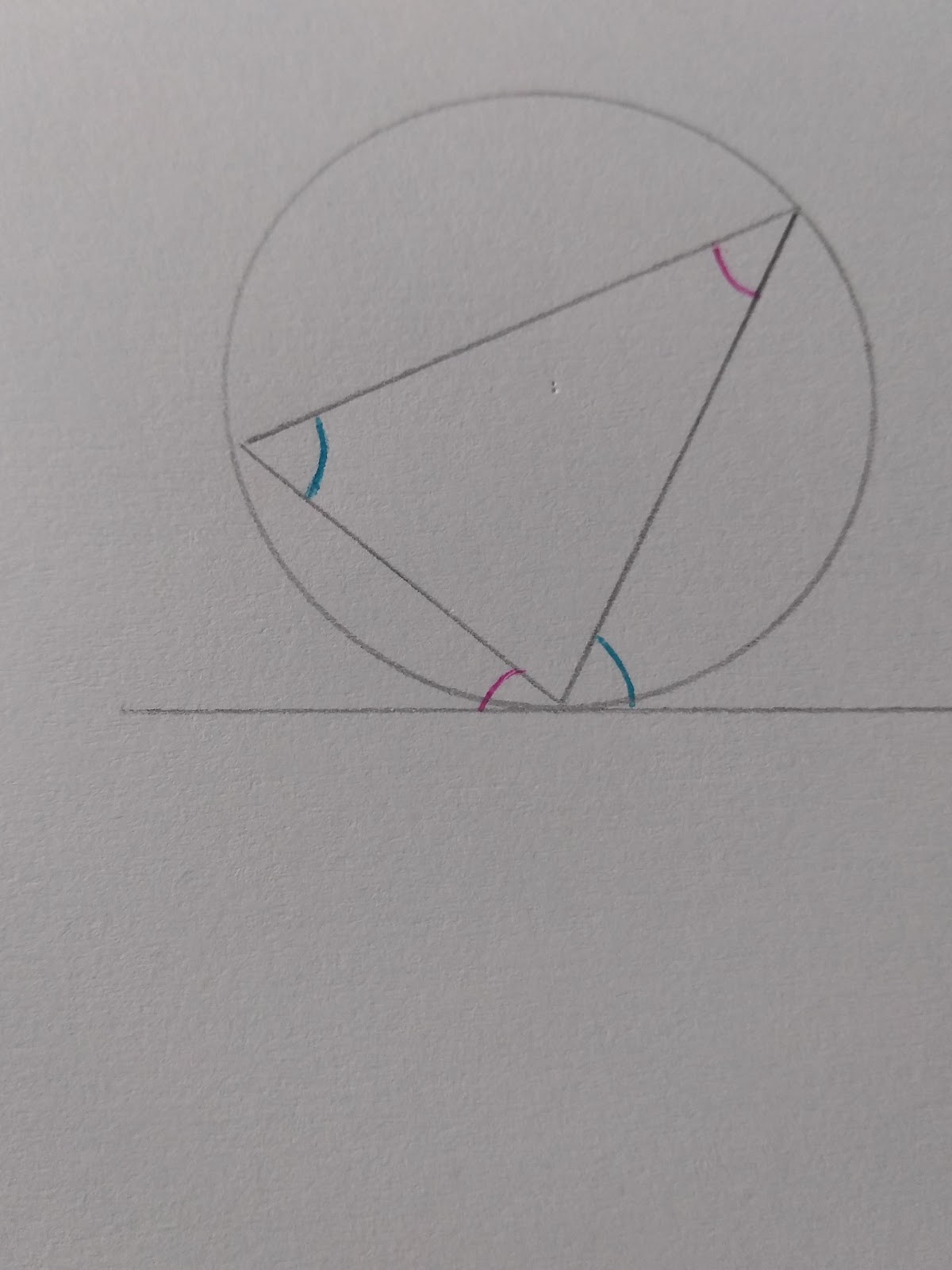 The key to this theorem is remembering that there are 180 degrees on a straight line and 180 degrees in a triangle. 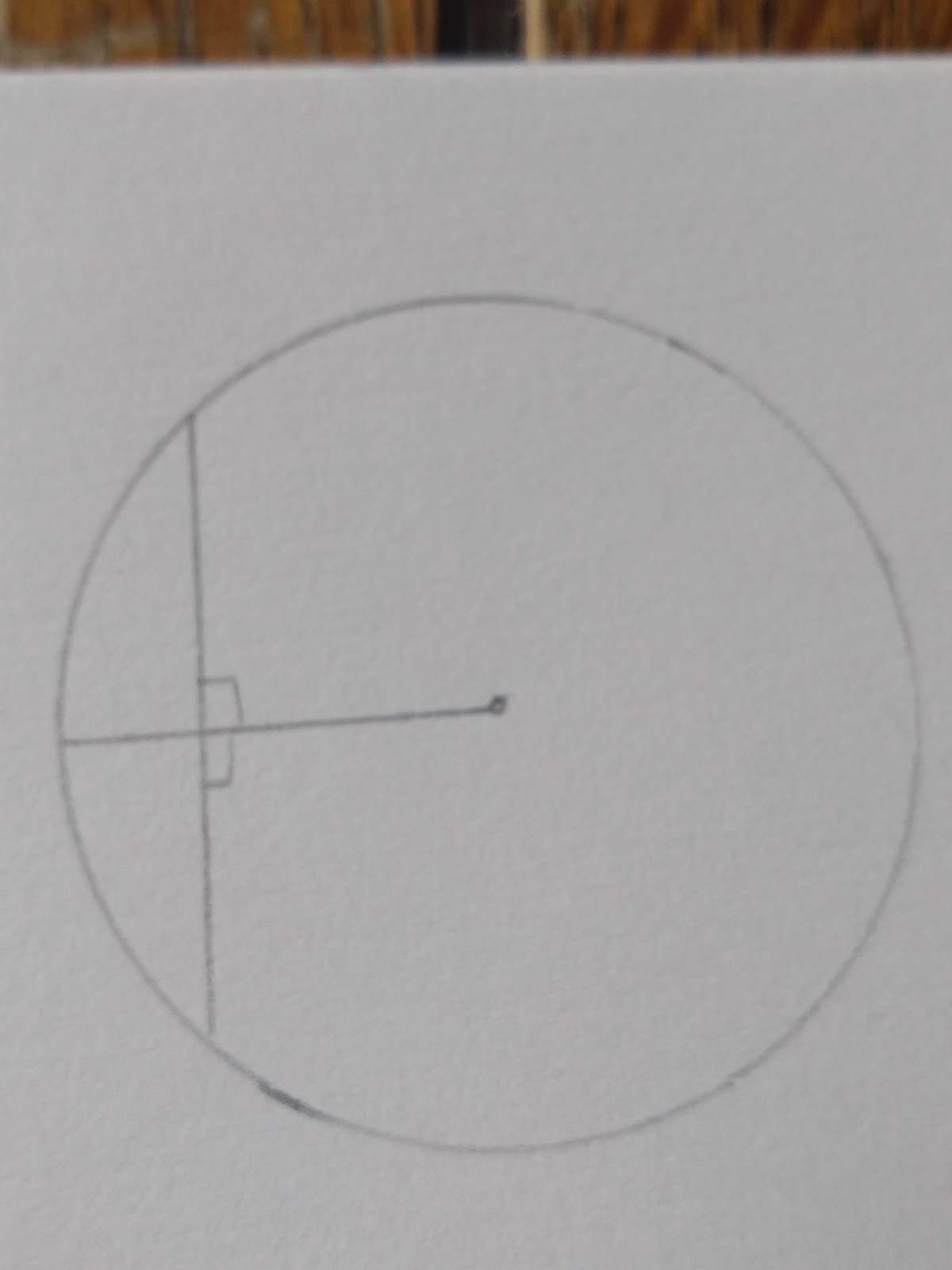 A line that passes through a chord at a right angle ( the perpendicular bisector), passes through the centre of the circle. This applies to any circle.