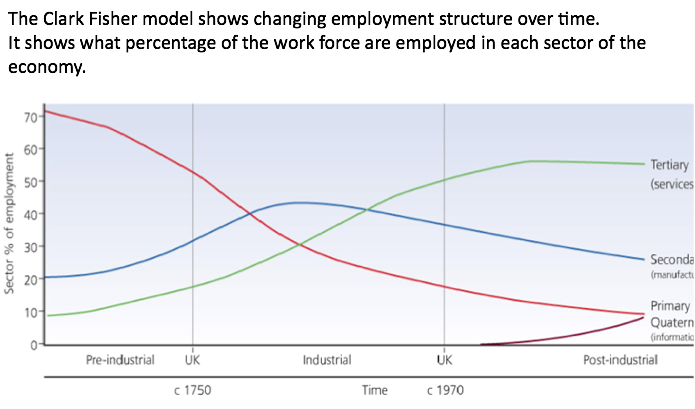 Secondary Sector: Manufacturing processing the raw material into a product

Tertiary Sector: Selling the product or providing a service 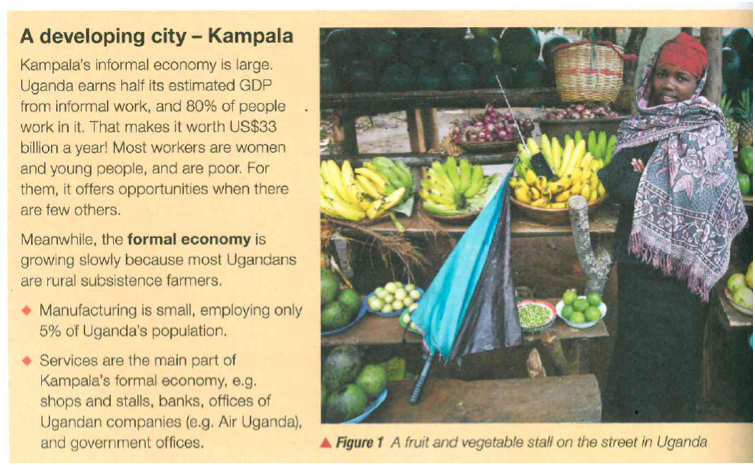 A developing city with a large informal economy. 80% of Uganda’s workforce work in the informal sector (worth $33 billion per year!)

Most are women and the poor working in places like fruit stalls.

The formal sector is growing slowly. Only 5% are employed in manufacturing, but many more in the services sector. For example, shops, banks, offices (Air Uganda).

An emerging city which is rich compared to the rest of India (39th wealthiest in the world - 2011 World Health Report.) Even so, 75% of people work in the informal economy selling food, cigarettes and clothes. Much of this is in factories, meaning no regulations, holidays, or working conditions.

Lots of people work in services, earning 78% of the total of GDP, a fast growing industry.

This is a very rich, developed city. Manufactring makes up 10% of employment, with migrants taking up ⅔ of this employment.

The knowledge economy is the most valuable part of the economy with 10% of the employment being in financial companies.

But, the informal economy thrives here too, made up of self-employed people (not declaring income) and migrants. This is in construction, street selling, cleaning and in hotels. These workers have no protection and often work for little pay.