Forest fires are the reason for this emerging change in the taiga. Fire acts as an important regulator in the natural development cycle of forests. Only through the destruction of old tree stock can new plants populate large surface areas. However, climate change is intensifying the frequency and strength of fires, for instance due to lightning strikes, and the natural regeneration processes are being thrown out of balance. 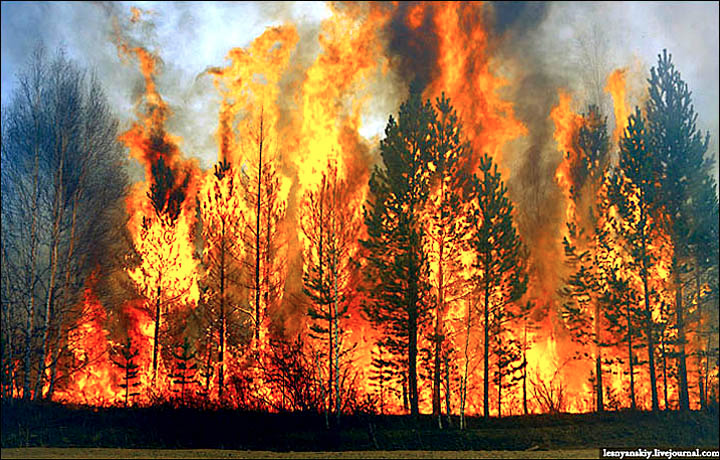 Over time, wildfires have increased. 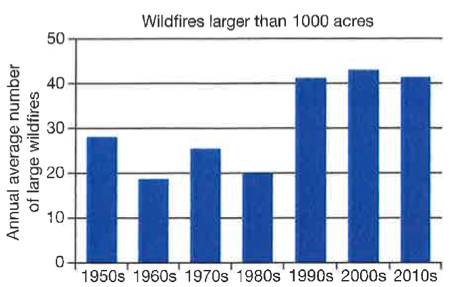 Sometimes wildfires are not so bad for ecosystems.

The taiga has fungus and mould species that damage the conifers needles, trunks and roots. the insects also eat pines cones. New pests have spread into the tropical rainforest biome.

The silkworm spread from eastern Siberia to Mongolia in early 3000s. The silkworm killed many plants weakened by the forest fires and drought. In north America, spruce-bark beetles destroyed Taiga trees.

Natural wildfires are actually normal in the taiga. Forest fires occur because: the summers in the taiga are quite warm and dry; there is a thick carpet of pine needle litter which is perfect tinder to help start a fire; occasional summer storms generate lightning strikes; coniferous trees contain sticky resin, which burns easily. Such fires actually create biodiversity. This is because certain animals where the forest is newly burned, which different species live in areas that have not burned for hundreds of years. However, wildfires in the taiga have increased since the 1990s. It is thought that this is due to global warming, bringing warmer and drier summers. They are becoming larger and more frequent, without giving the forest time to recover. This means that only fire-tolerant trees will begin to dominate, reducing biodiversity. Plants that aren’t fire-tolerant, and the animals that feed on them, would decline.