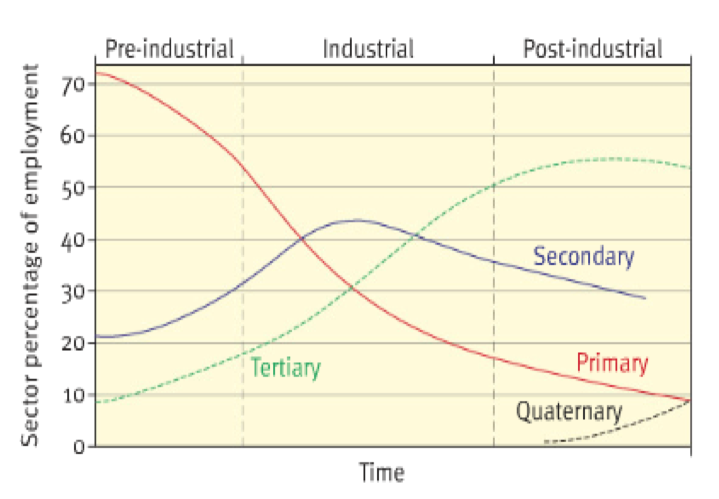 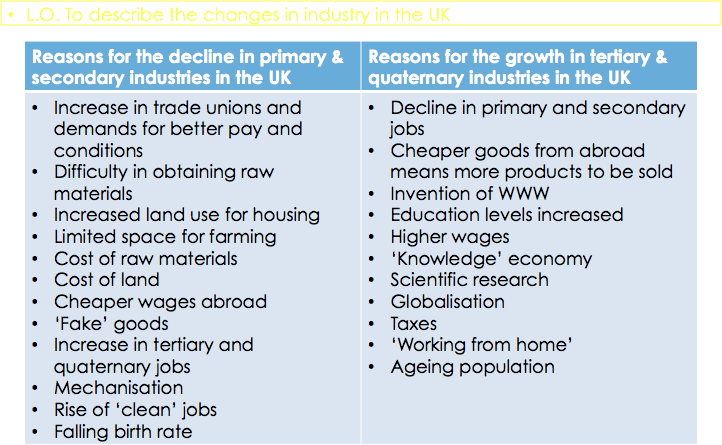 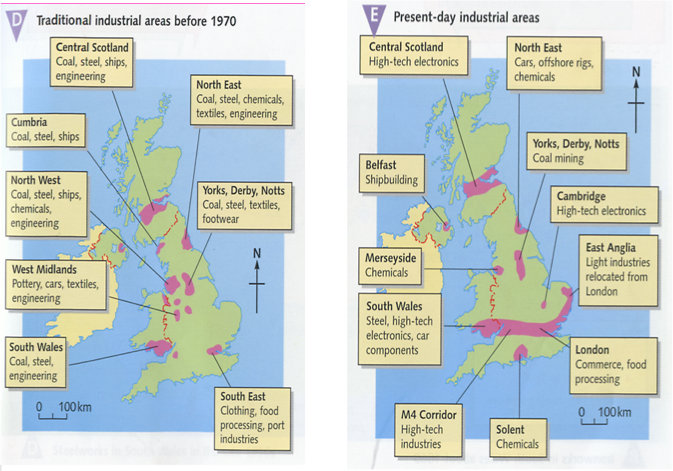 Keyword: De-industralisation (the reduction of industrial activity in a region or economy) and South East England.

The economy of the North East used to be dominated by heavy industry, especially mining, ship building, iron and steel production. In the last 50 years, these industries have declined because of foreign competition, high land and extraction costs and because the coal has been used up.

The North East continues to be an area of industrial change and decline in manufacturing. Between 2007 and 2013, unemployment here rose faster than in any other UK region, to over 8%.

The current economic and employment structure shows that primary industry remains largely based on farming in parts of the region.

The manufacturing industry, especially chemicals is urban based and still important but employs fewer people than in the past because of automation and improved technology.

Primary industries in south-east England are mainly located in rural areas and centre on farming. Some of the most prosperous farms in Britain are found here.

The region is a very important centre for tertiary and quaternary industries. The are a wide range of financial and business service firms located in the region and more are looking to move in.

Unemployment here is low at 6% (2013) and prosperity and wealth is here compared to the North East. Many of the new tertiary and quaternary firms are located in towns such as Basildon and Newbury, which are surrounded by green, open countryside that makes them attractive places to live.