The strongest tropical storms are called cyclones, typhoons and hurricanes. They mean the same thing, but are formed in different parts of the world.

If these huge storms start in the Atlantic off the west coast of Africa, they are called hurricanes. 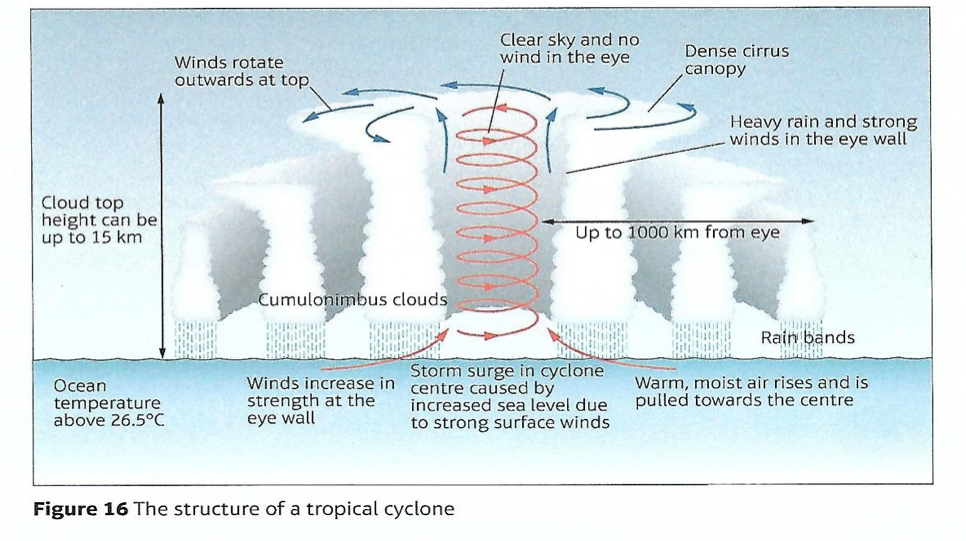 There are 5 stages of a tropical cyclone’s formation: