As sea levels rise due to global warming, so too will coastal erosion. In southern counties of England, where the majority of people live, the threats are greatest. This is because much of the land is low lying, but also because a warmer climate also brings more extreme weather and storms. 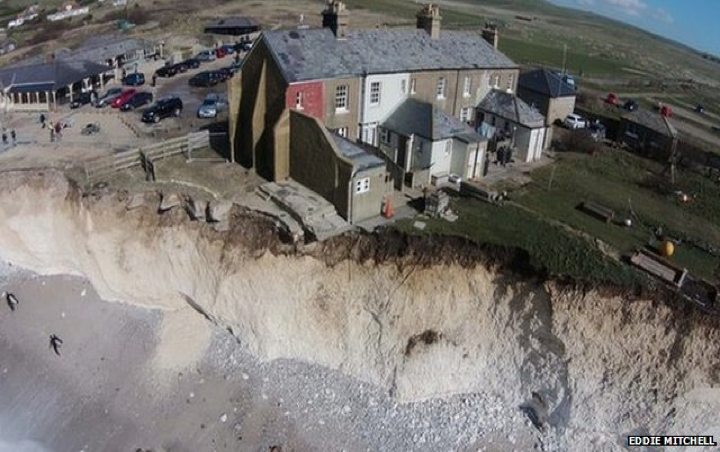