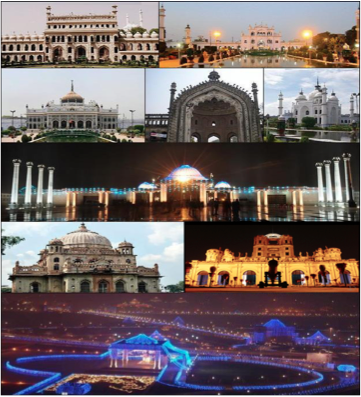 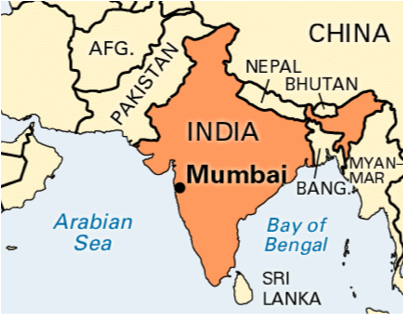 Mumbai is India’s biggest city. It has a population of 12.5million people living there. It is one of India’s dominant urban centres and, indeed, is one of the largest and most densely populated cities in the world.

It is located n the state of Maharashatra and is India’s biggest city – the 4th largest in the world Mumbai is graded as ‘Alpha’ as a world city due to its economic importance. The population is 16 million (Metropolitan area was far bigger).

The oldest parts of the city are at the top of the peninsula the CBD is located here – centred around the former banking area. People live in slims – up to 25,000 but shopping malls are also located here. 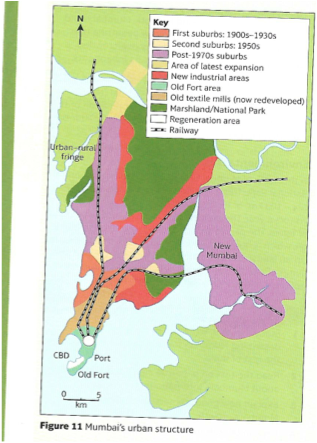 Headquarters in this area include:

The first area of suburbs developed to house workers in the old textile mill area. Some of this area has now become characterised by squatter and slum settlement including Mumbai’s largest – Dharavi.

Second suburbs and 1970’s suburbs were developed along Mumbai’s railway lines. The railways allowed commuters to travel into the city each day. New industrial sectors have also developed along the railway line. New Mumbai was planned as a low-density suburb were lower land prices would create a better quality of life. As it grew industries located in New Mumbai because of cheap land and available labour.

It is very hard to locate because it has spread out into a vast conurbation (merging of small towns / villages within a city). Including these area Mumbai has a population of 22 million. Rural areas are generally found where land is not suitable for building. The national park is full of swamp land and not suitable for development